Advocates argue innovation is ignoring disabled Americans, denying their right to access the Internet, and leaving millions of people lost in the digital space. 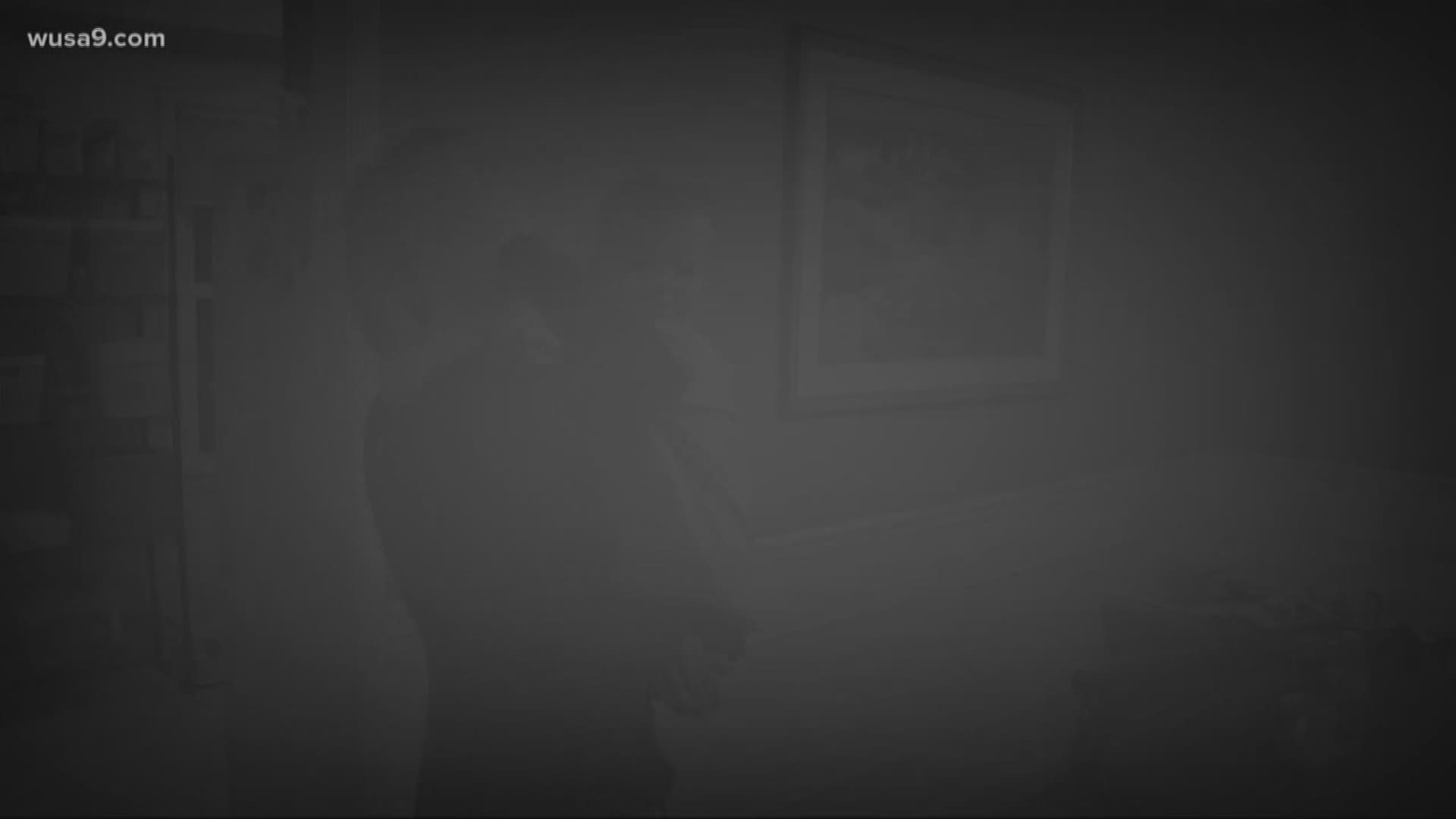 WASHINGTON (WUSA9)--We live in an age where the phone in your hand holds the answer to almost any question.

Our cars drive themselves. Astronauts can use social media in outer space.

Yet, advocates argue innovation is ignoring disabled Americans, denying their right to access the Internet, and leaving millions of people lost in the digital space.

Eric Bridges is one of those people.

Juvenile rheumatoid arthritis robbed Eric of his sight by the time he turned 16. When most of his friends started driving, Eric was reading braille and walking with a cane.

"The whole vision loss, blindness thing it was really my mom and dad that you know just kept talking to me about expectations," Eric said.

Expectations Eric turned into reality. He’s forged a career as an advocate and built a family with his wife Rebecca, who is also blind. Together they have a son, Tyler. While Eric and Rebecca share their disability, Tyler has full vision.

So imagine Eric's headache when he can’t do something as basic as check Tyler’s school schedule online, or his heartbreak when he can’t show him a video on the internet.

"He gets frustrated or he says, 'Why can’t you do it? Daddy, why doesn’t that work?'"

Eric and other visually impaired people turn to screen reader software to interact and navigate web sites. The program reads aloud to Eric what sighted people view on a webpage. It all runs on what’s hidden -detailed computer code. If a site's system doesn't tell the screen reader software what appears on the website, Eric’s attempt to use that site breaks down.

"So there are 5 images there that I have no idea what those images were," Eric said.

Kylie Cosmetics declined to comment. The company is one of hundreds of entities hit with lawsuits or complaints alleging people who are blind or deaf can’t use their websites. The long list of targets includes the Miami Heat store, Netflix, eBay, Disney, Carnival Cruises, Red Roof Inn, Harvard, MIT, and Hooters.

Netflix told WUSA9 in an email "accessibility is incredibly important to us and we remain committed to advancing our capabilities so everyone can discover and enjoy their favorite TV shows and movies as seamlessly as possible."

Red Roof Inn said the hotel chain "takes all guest concerns very seriously." The company added that it has "updated its website to be more ADA-accessible and in line with current ADA standards."

According to a media representative for Harvard, the school "aims to foster an environment" where ideas "can easily be exchanged within its community and beyond."

WUSA9 did not receive comment from the Miami Heat, eBay, Disney, Carnival Cruises, MIT or Hooters.

Grocer Winn-Dixie complied with a court order to change its website when a blind customer couldn't use it. A representative told WUSA9 the company complied with the court's ruling, an initiative it started before the ruling came down.

Meanwhile, a judge in California indicated Domino’s could offer a telephone number to blind users. The judge pointed out there's no clear legal standard for website accessibility.

In that case, the judge wrote “the Court concludes by calling on Congress, the Attorney General, and the Department of Justice to take action to set minimum web accessibility standards…”

That demand is echoing across the country, with most advocates, defense attorneys and consumers turning their frustration toward the Department of Justice.

In the past, DOJ has weighed in on lawsuits and filed complaints to urge companies to develop accessible websites. The agency has maintained the current Americans with Disabilities Act covers some websites, but individual cases and comments have done little to calm the wave of lawsuits.

Advocates and attorneys point out DOJ has spent more than a decade thinking about how to write and implement rules, but regulations never happened. Now, under the Trump administration, DOJ is reconsidering whether the effort is necessary at all.

Shaw said a lack of regulations has some people seeing dollar signs and court dockets filling up fast. Her firm estimates more than 2,000 lawsuits will land on court schedules this year, up from more than 800 in 2017.

"I don't necessarily think that all of these plaintiff's lawyers have a genuine interest in improving accessibility of websites," she said.

The spike in lawsuits caught the attention of more than 100 lawmakers in both parties and both houses of congress. Over the summer, US senators and representatives sent letters to DOJ demanding the agency develop regulations or call the lawsuits unfair. DOJ responded in September effectively saying they're still looking into it.

WUSA9 asked DOJ for an interview. The agency declined.

State attorneys general nationwide are also urging DOJ to fill in the gap.

"I think it’s incredibly important for us to recognize the disabled community," said District of Columbia Attorney General, Karl Racine.

"My biggest fear is that there’s inaccessibility and so you have an increasingly large part of the population, again with the demographics, again, as we get older, we start to deteriorate, not being able to access the every day world that others are accessing," Racine said.

"It’s laziness," Eric said. "Do you know how much innovation has gone into the web and into websites creation and of all of that? But now dealing with accessibility, 'Oh no that’s too much'? Please."

Here are some helpful links for understanding local disability services:

VA Department for the Blind and Vision Impaired: https://www.vdbvi.org/

AG ADA letter to DOJ. by WUSA9 TV on Scribd

Congressional Letter to DOJ by WUSA9 TV on Scribd

US Senators Letter to DOJ by WUSA9 TV on Scribd

DOJ to Ted Bush by WUSA9 TV on Scribd