Are you concerned about going to see the Joker movie?

Some DC-area police departments are moving to provide extra security around movie theaters showing the Joker even though there have been no threats. 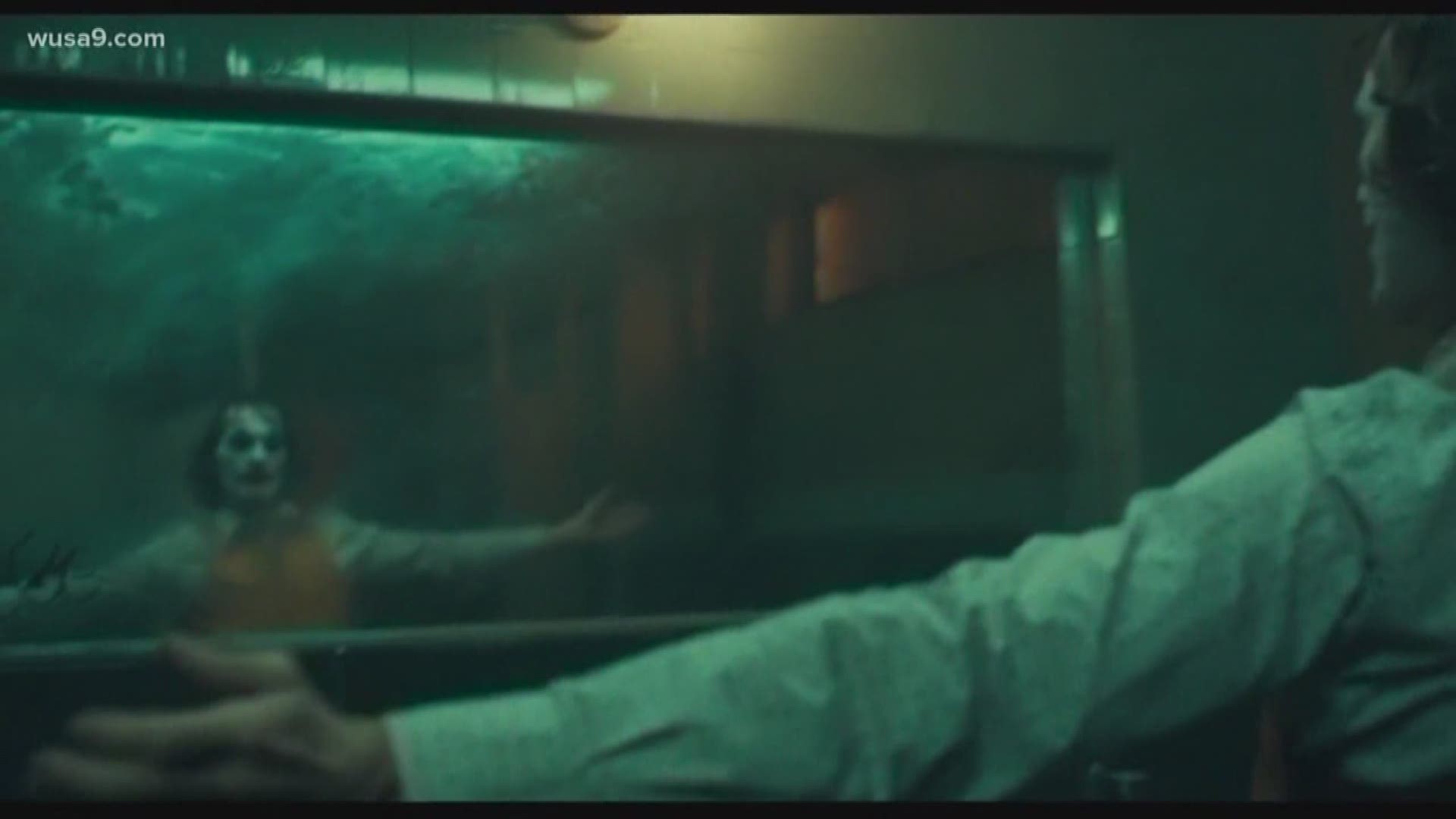 WASHINGTON — The Joker movie premieres Thursday in theaters across the country. Some people are concerned after the mass shooting in Aurora, Co., after the midnight screening of the movie The Dark Knight Rises in 2012.

WUSA9 reached out to several local movie theaters about security concerns but none of them got back to us. However several D.C.-area police departments returned our inquiries.

Responding to emails the Prince William County Police Department said, “We have been in contact with the four movie theaters in PWC and are working in conjunction with management to provide necessary resources to ensure the safety of patrons.”

Arlington County police said they are conducting extra checks around movie theaters in the county, but they also said that there are no known threats.

RELATED: Joaquin Phoenix's Joker origin story is officially on and fans are irked

D.C. police said they had not received any request from theaters requesting special attention. They also said, “there has been no derogatory information about the movie release.”

All of the police agencies contacted stressed that the public should always remain aware of their surroundings and if they see anything out of the ordinary, they should report it to the theater management or call 911.

RELATED: Teen killed in Colorado school shooting 'went down as a hero'