'It was hurting me. There were so many people out there, I didn't know what to do. My mind was just blown from the situation. I see my son on the ground with three police around him at just 10-years-old.' 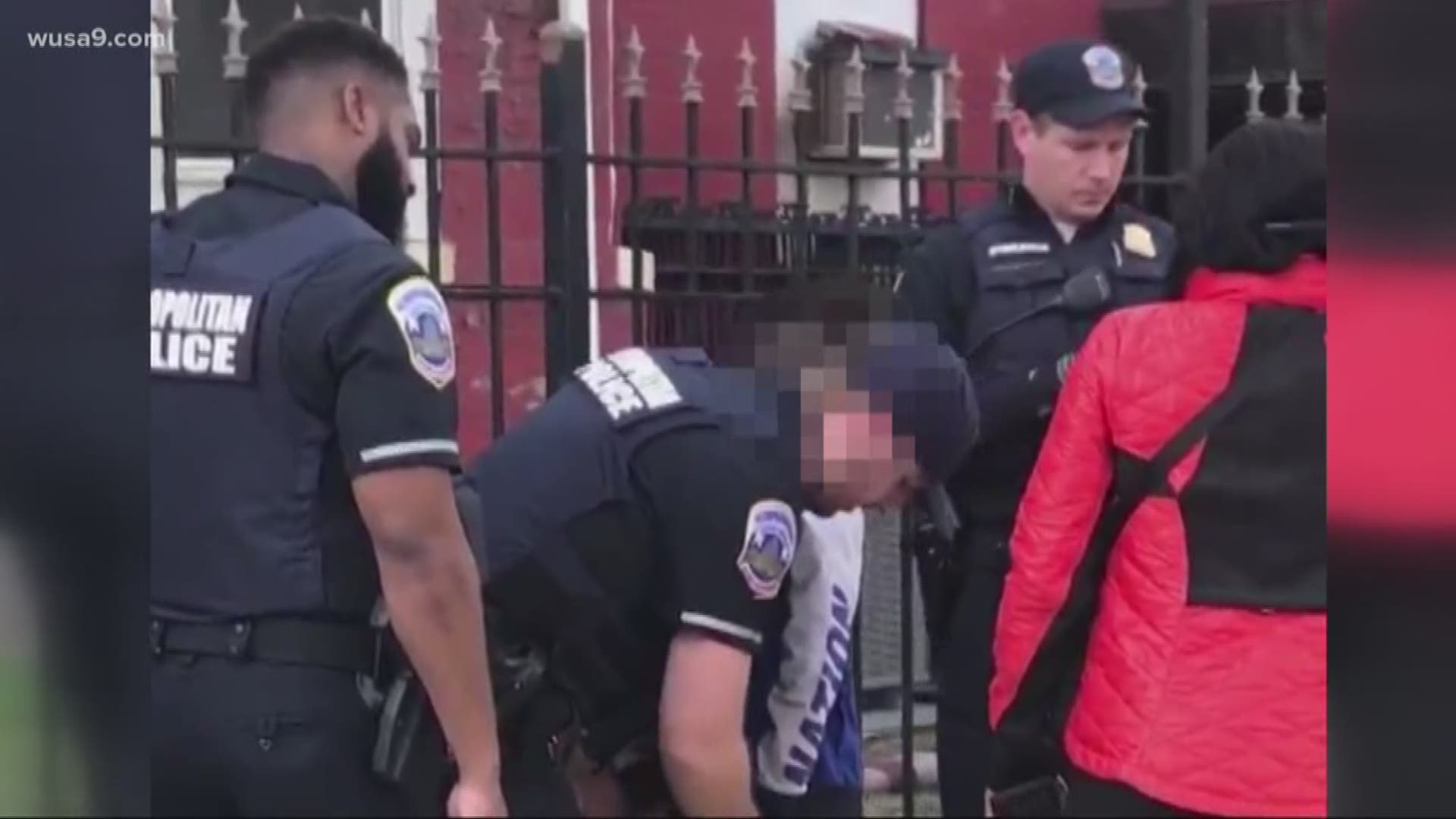 WASHINGTON — A mother is demanding answers after her 10-year-old son was detained by police and handcuffed during a robbery investigation. She said her boy had done nothing wrong, but was treated like an adult criminal.

Several kids were detained on Saturday after police said they assaulted and robbed another young boy in Northeast. Around 4 p.m. Saturday, D.C. police responded to the 200 block of Massachusetts Avenue for the report of a robbery. The victim, a young boy, told police he was approached by other juveniles who beat him up and took his phone, according to the police report.

Several young boys were stopped by police in the area shortly after the reported incident, including Chaquitta Williams’ two children. Her 10-year-old son was seen on viral cell phone video being handcuffed by officers.

“It just destroyed him the whole night,” said Williams, who claims her 10-year-old son was walking home from Union Station with his 14-year-old brother and a few friends Saturday when the incident occurred.

“So my son, by him being with them, he's going to run. Him and his brother. That's why I told them you shouldn't have never ran. If you run, they're going to assume that you're doing something,” said Williams.

She arrived on the scene 45 minutes after getting a call from someone in the neighborhood.

“It was hurting me. There were so many people out there, I didn't know what to do. My mind was just blown from the situation," she recalled. "I see my son on the ground with three police around him at just 10-years-old."

Williams' boys were later released, but a 13-year-old in the group was arrested and charged with armed robbery.

Police said they recovered a BB gun from the scene early Monday.

A sociology professor at the University of Maryland, who studies police encounters said this one moment can have long-last negative effects on a child, especially when they have done nothing wrong.

“They teach kids that the system is made a particular way to reprimand them and there's not much they can do to get out of it, especially when they recognize the differential treatment between themselves and others,” said Dr. Rashawn Ray.

Still, Williams said she is using this as a teaching moment for her kids.

The ACLU of DC and the group, Black Lives Matter are getting involved.
They're holding a protest Friday at 6:30 p.m. outside the First District Police Station.