VDOT says it's hoping to have Kirby and Swinks Mill Roads open by the end of September. 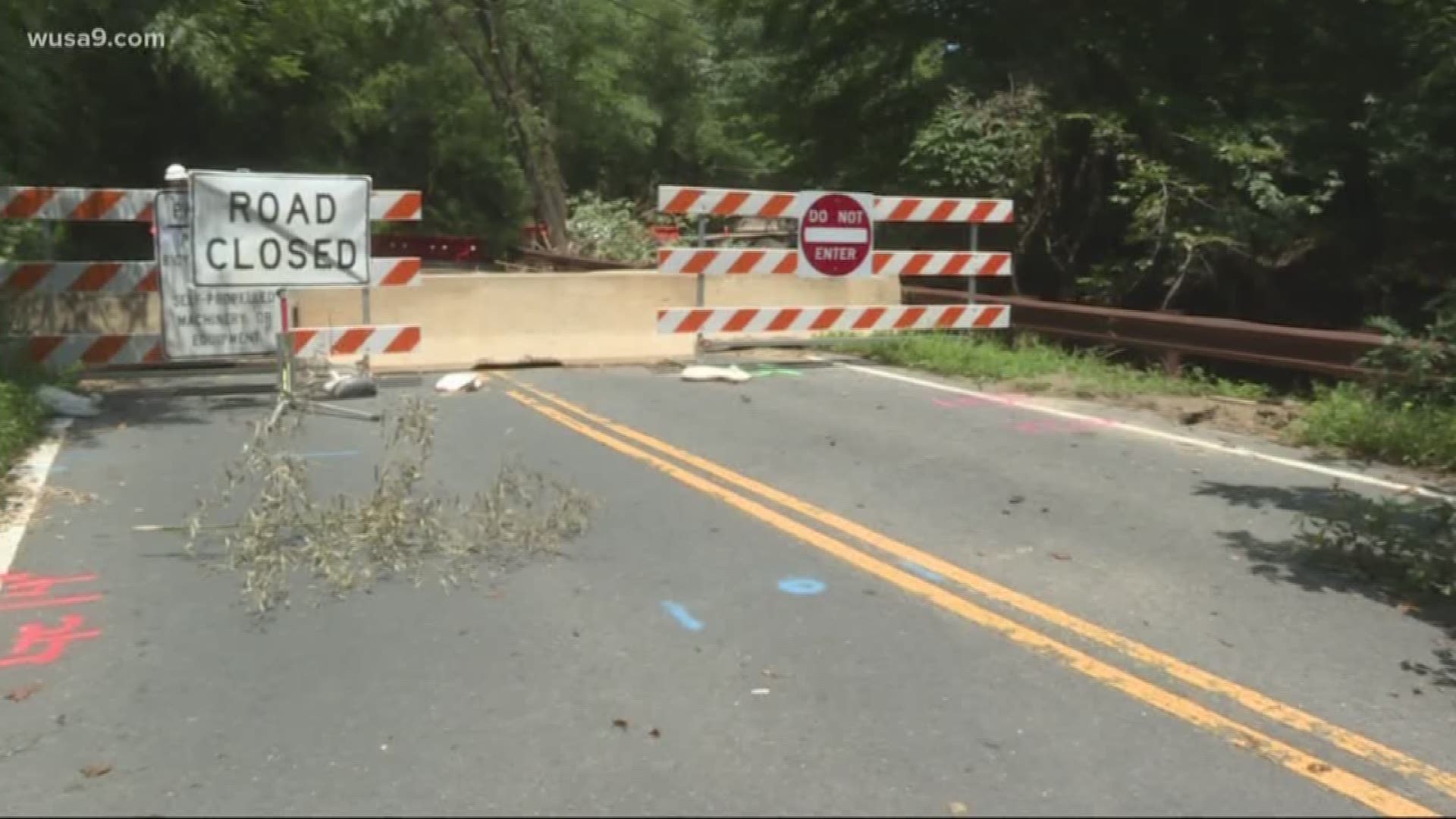 MCLEAN, Va. — Frustration is growing over the lack of work being done on some flood-damaged roads in Fairfax County.

Parts of Kirby and Swinks Mill Roads are still closed. Half the asphalt is ripped away from Kirby, and a gaping hole is underneath where a stream runs through it. Two trees are toppled over.

"It's terrible," James Grant, who works for one of the residents on Kirby, said. "It's a disaster. Since two-and-a-half weeks ago this happened. It washed out the property here I work for."

On July 8, the flash floods pushed Pimmit Run over its banks, turning Kirby Road into a river. People on Claiborne Drive were trapped.

"We stayed in for a few days, you couldn't get out," Jane Taylor said. "The water was so deep."

Now, except for workers repairing a private bridge to another neighborhood, few workers are here. People wonder when the actual work will start.

A VDOT survey team working in McLean Thursday was pulled in Leesburg. VDOT said much behind-the-scene work is being done to get Swinks Mill and Kirby reopened as quickly as possible.

There are two major projects that need to be done on Kirby. Part of the road that washed away needs replacing -- it's the bridge that was covered by the raging stream, Pimmit Run. VDOT says the stream needs to be realigned and the bridge needs several repairs.

The span of Kirby Road from where the road is washed out to where the bridge now needs to be repaired is more than 300 feet.

VDOT said it can't just close the road and make those repairs as quickly as possible, because that would block of whole neighborhoods. So VDOT needs to do the repairs separately.

First the roadway, then the bridge. VDOT is hoping to have both completed by the end of September.