Ex-cop gets 1 year in shooting death of John Geer

A former Fairfax County police officer has been sentenced to one year behind bars for fatally shooting a man after responding to a domestic dispute. 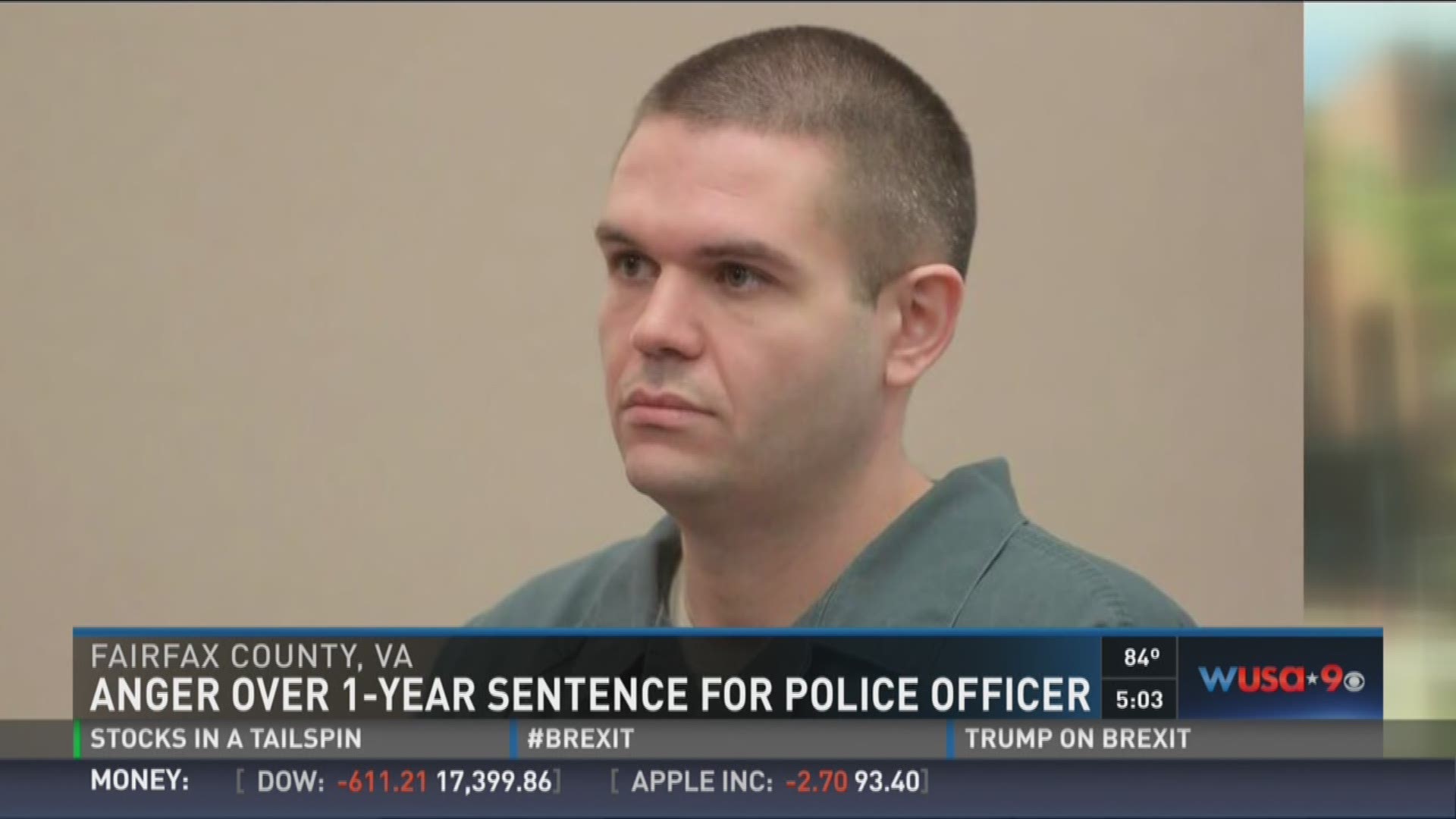 FAIRFAX, Va. (WUSA) - A former Fairfax County police officer has been sentenced to one year behind bars for fatally shooting a man after responding to a domestic dispute.

Adam Torres, who pleaded guilty to involuntary manslaughter, was sentenced Friday in Fairfax. He has already served more than 10 months.

He was standing in his doorway with his hands up when a Fairfax County Police officer killed him. Now, the dead man's mother is furious the former police officer who shot John Geer, will only serve a year behind bars.

The victim's mother has held her tongue ever since her son was killed by a Fairfax county police officer nearly three years ago, but Friday she let loose.

"If I went and shot somebody I would never see the light of day. One year in jail? It's insulting. It was Murder. Not involuntary manslaughter," said Anne Geer.

In court, sitting right in front of Adam Torres, Anne Geer told the judge that a 12 month sentence for Former Fairfax Cop Adam Torres who pleaded guilty to involuntary manslaughter was not justice.

On August 29th. 2013, her son John Geer stood with his hands up in the doorway of his Springfield home. A police negotiator was talking to him. Suddenly, without warning, Officer Torres shot him.

"He was standing with his hands up. He had been that way for 40 minutes. And this guy was mad at this wife so he shot John," said Mrs. Geer.

1 / 11
FAIRFAX VA, JUNE 24: Fairfax County police officer Adam D. Torres, left, awaits his sentence, to the right is one of his lawyers Edward Nuttall. Torres pleaded guilty to involuntary manslaughter in April for shooting John B. Geer to death as he stood unarmed in the doorway of his Springfield home in August 2013 in Fairfax VA, June 24, 2016. (Photo by John McDonnell / The Washington Post)

"I think the whole thing has been a fiasco from the very beginning and let's hope that no one else ever has to go through what we're gone through," said Don Geer.

The police department refused to cooperate with state and federal prosecutors for more than a year. It took the judge in the civil suit. And a United state senator to break the silence.

"It is very difficult to convict a police officer.... The law says you don't second guess them. I felt, obviously, that he was guilty of a crime, and was ready to try him.

Prosecutor Ray Morrogh said he wanted to try the case, but chose to the listen to mother of Geer's children, Maura Harrington, who did not want her now-teenagers to testify in a trial.

Fairfax County Chairman Sharon Bulova called the death of John Geer a tragic and painful chapter in county history. She says the county has and is implementing changes to make sure this never happens again.

Adam Torres has been in jail since last August. With time served and good behavior, he may be released from jail as early as next week.