Lakeisha Allen, 30, developed a cosmetic line inspired by her journey to freedom after years of abuse. 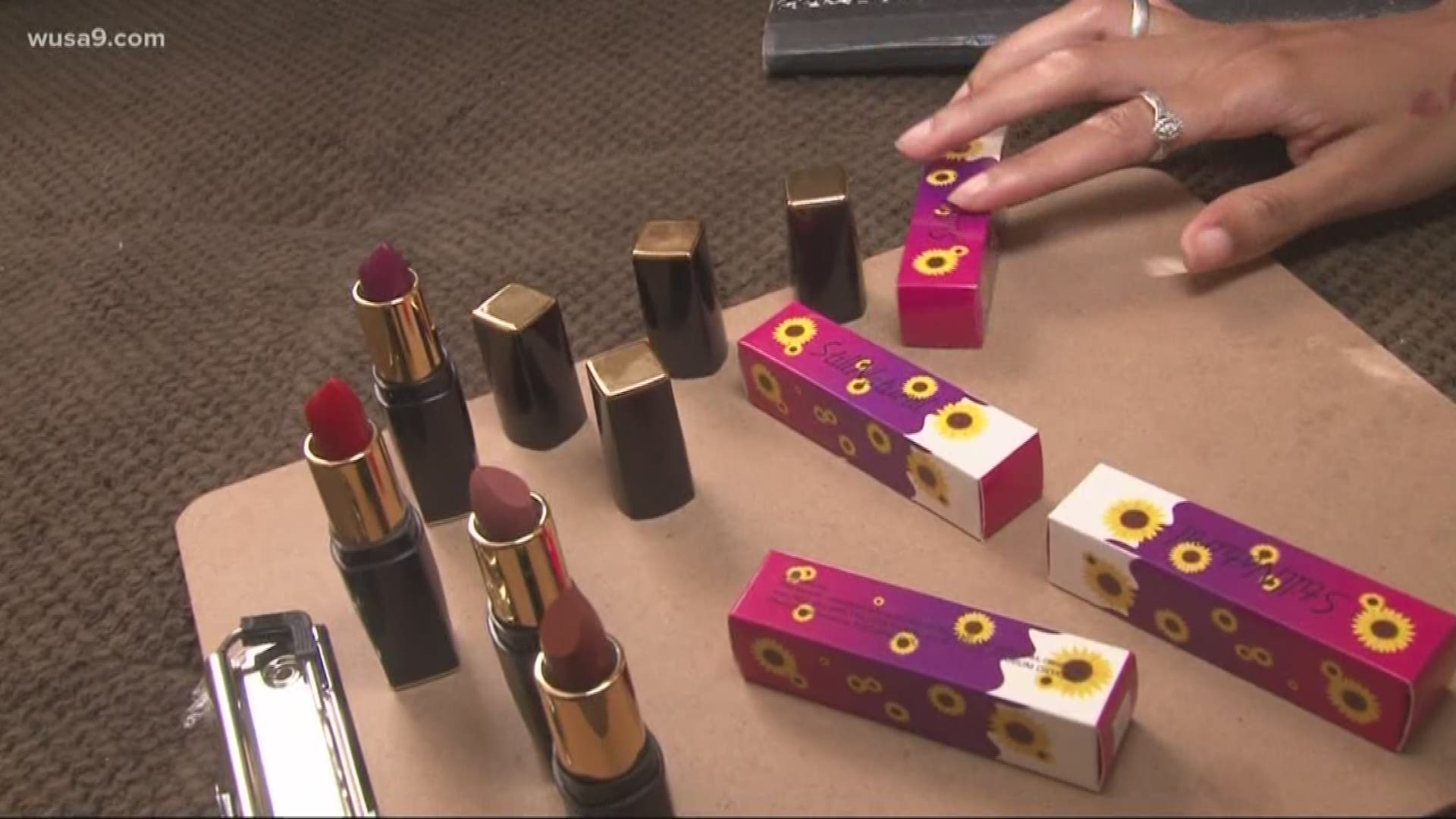 ALEXANDRIA, Va. -- She was abused for nearly 10 years by someone she thought truly loved her. Now, a local mother and domestic violence survivor is using her story and a new cosmetic line to empower others.

Early this year, 30-year-old Lakeisha Allen broke her silence and she has never felt more free.

"I feel scared, but relieved," said Allen, who has a young son. "I used to ask myself, Lord am I going to die today honestly because I did not know and at one point, I was ready to."

Allen was mentally and physically abused for years. She was withdrawn, confused and afraid. She never thought love would hurt.

"I always tried to do what's best to make sure he was happy , but it just didn't work," she said. "I remember him picking me up and just throwing me over the bed and beating me. His eyes were black."

"A lot of people sensed things, but they didn't know who to talk to," said her father, Dewaun Allen Sr. " You might never think that your child could be camouflaging, dodging and running."

Mr. Allen is relieved that she is finally opening up. He was heartbroken and frustrated when he learned what really went on with his daughter.

Allen decided enough was enough early this year. She ended her relationship, then silence and started focusing on her passion for fashion and making others feeling something she never did, beautiful.

Allen is developing a cosmetic line called Still Natural. There are four colors. She is letting the public name them on social media.

NAMING CONTEST: If you could name any of these lipsticks, what would it be? Ms. Allen, the domestic violence survivor mentioned in previous tweet, has invited the public to name them for her makeup line. @wusa9 #GetUpDC pic.twitter.com/wcps6GS40Z

One of the colors is red and it is called "Red Clay." Allen wore it a lot during her journey.

"I want to encourage people that they're still beautiful and to embrace their natural beauty," said Allen, about the meaning behind the name of her cosmetic line.

She explained that the crown on each lipstick case serves as a reminder to women that they are queens.

While Allen plans to launch Still Natural later this year, she will release "Red Clay" in October which is Domestic Violence Awareness Month.

This weekend, Allen will direct her own photo shoot as a kick-off to her Stop the Violence Campaign.

The model will wear a heavy skirt made out of newspaper and her “Red Clay” lipstick. The skirt took Allen four days to make. Each piece of newspaper on the bottom of the skirt has inspirational words like strength and encouragement.

She explains the meaning.

"You can look or feel like trash, but on the outside and inside you're beautifully made," she said.

Her cosmetic line is coming soon.