In a viral post on social media, people are urged to dial 112 instead of 911. 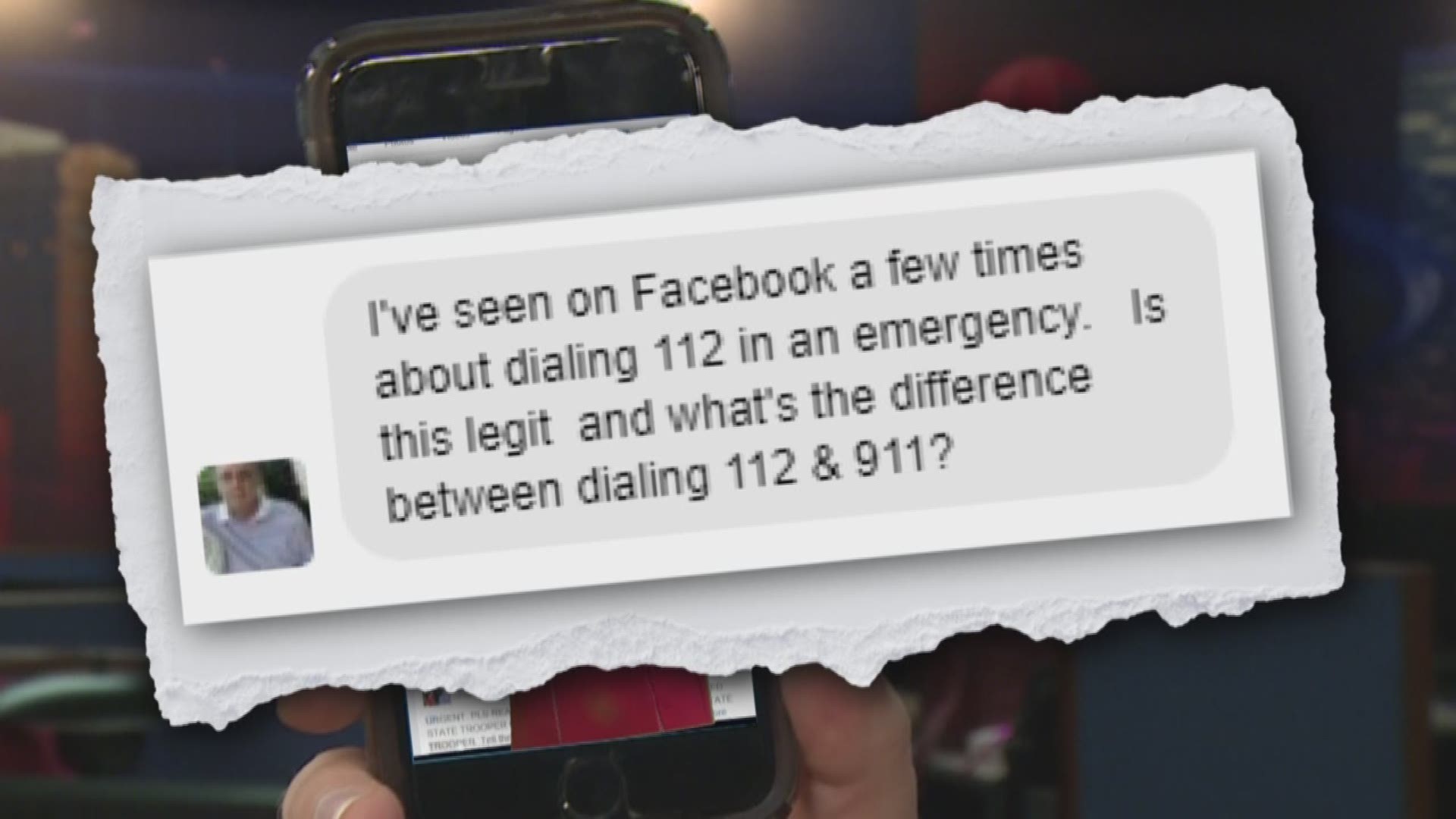 Recently, a viewer reached out to News 2, wondering about dialing 1-1-2 in an emergency.

Frank Beamon wrote, “I’ve seen on Facebook a few times about dialing 1-1-2 in an emergency. Is this legit and what’s the difference between dialing 1-1-2 and 9-1-1?”

Turns out, this is a common question. Recently, many posts circulated, telling people to dial 1-1-2 if they were being pulled over and suspected the person behind them was not a police officer or to let said officer know you will not be pulling over until you reach a safe place. So, we did some checking.

VERDICT: It’s false. Greensboro Police and Greensboro Metro both confirmed, 1-1-2 is not an emergency number (at least, not here in America, but we’ll get to that in a second.)

Susan Danielson, with GPD, said you should call 9-1-1 if you have concerns about the person pulling you over (i.e. if they are in an unmarked car or you would like to see another officer or want to reach a safe location.) Melanie Neal with Guilford Metro explained 9-1-1 is the emergency number in the United States, and 1-1-2 is an international number.

“Some carriers automatically translate the 1-1-2 number, which is the emergency number in many European countries to 9-1-1 here in the US. Some do not. It is a wireless carrier’s business decision to do that on their network. The Office of Unified Communications, which provides 9-1-1 service in the District of Columbia has no ability to track calls from any other number other than 9-1-1 because it is converted at the carrier network level. That’s why we urge everyone in need of emergency services to call 9-1-1 directly," said Alan Etter with Office of Unified Communication.