Yes, it's hot. But how hot are surfaces in the District?

With temperatures rising, WUSA9 measured different surfaces in the city, comparing their temperatures to a hot cup of coffee. 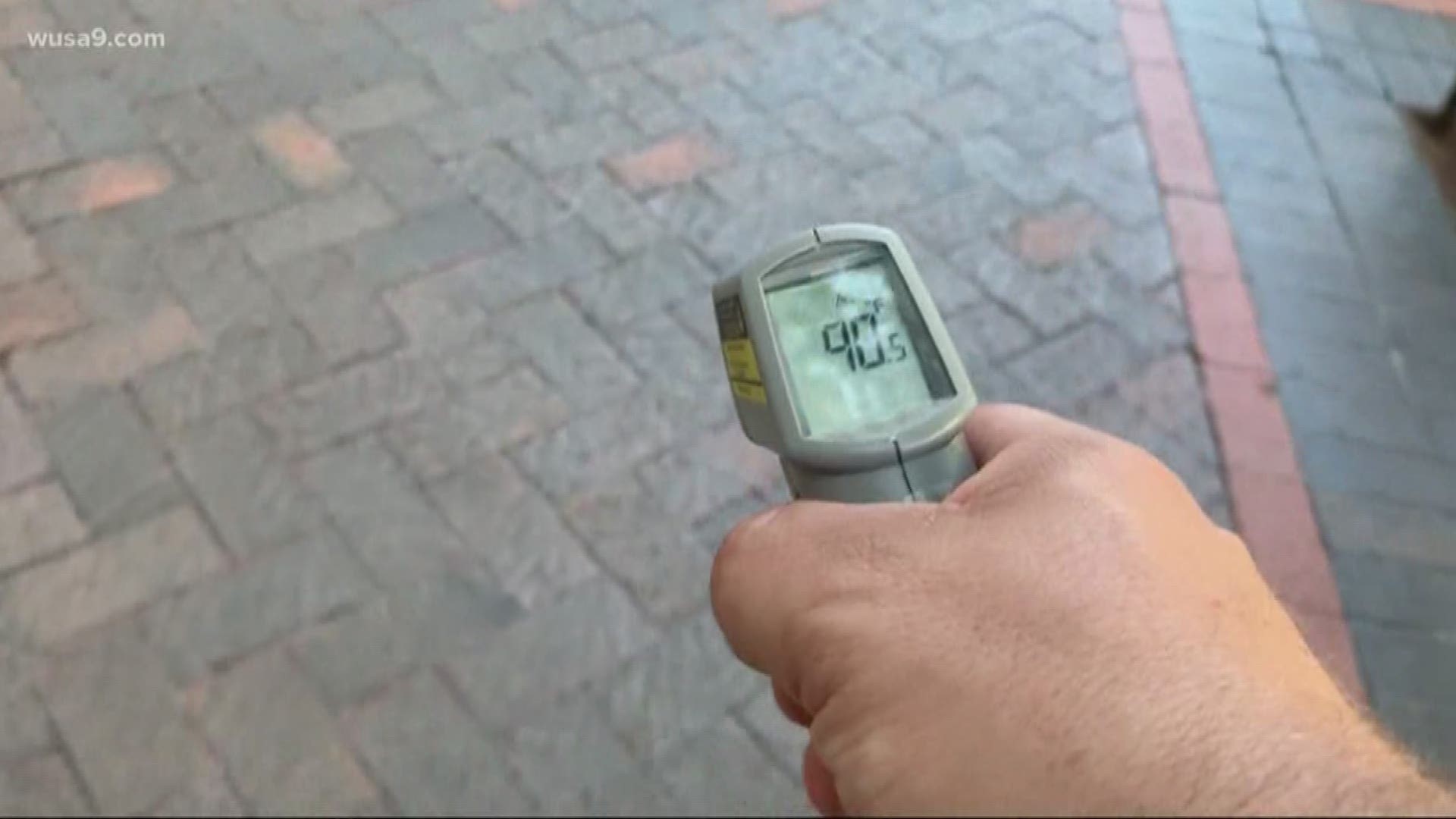 WASHINGTON — It's pretty hot outside. And with temperatures increasing, surfaces of different objects in the District are warming up as well. WUSA9 used a heat gun to measure just how hot benches, park slides, sidewalks and other commonly-used items actually are.

WUSA9 compared the temperature of a hot cup of coffee to other objects. The coffee measured in at 147°. 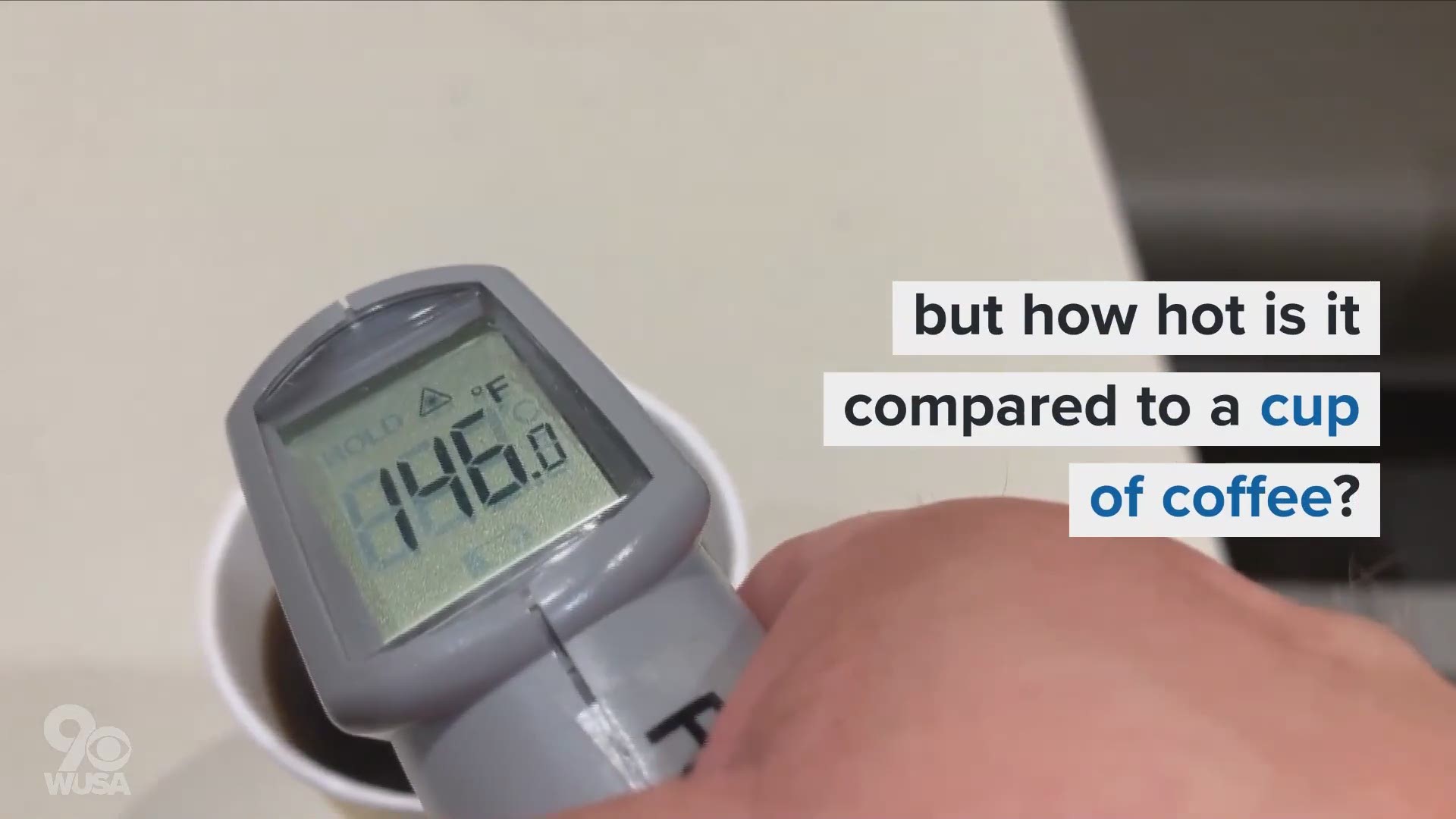 Next, WUSA9 measured a plastic playground bench, coming in at 158°.

A metal playground bench came in at 123°.

But a wooden bench in the direct sunlight was 154°.

Additionally, a sidewalk in the shade measured in at 90°.

But the sidewalk in the direct sun was 123°.

A parking meter in the direct sunlight measured 117°.

And an outdoor dining table in the sunlight? That measured in at 132°.

WUSA9 also measured a car engine after it'd been running for 30 minutes, which measured in at 117°

So yes, it's pretty hot outside, and so are other items we use daily.

RELATED: This week will be the hottest since August 2016