The President Woodrow Wilson House marks the centennial of the 19th Amendment to the United States Constitution with an alternative outdoor exhibit. 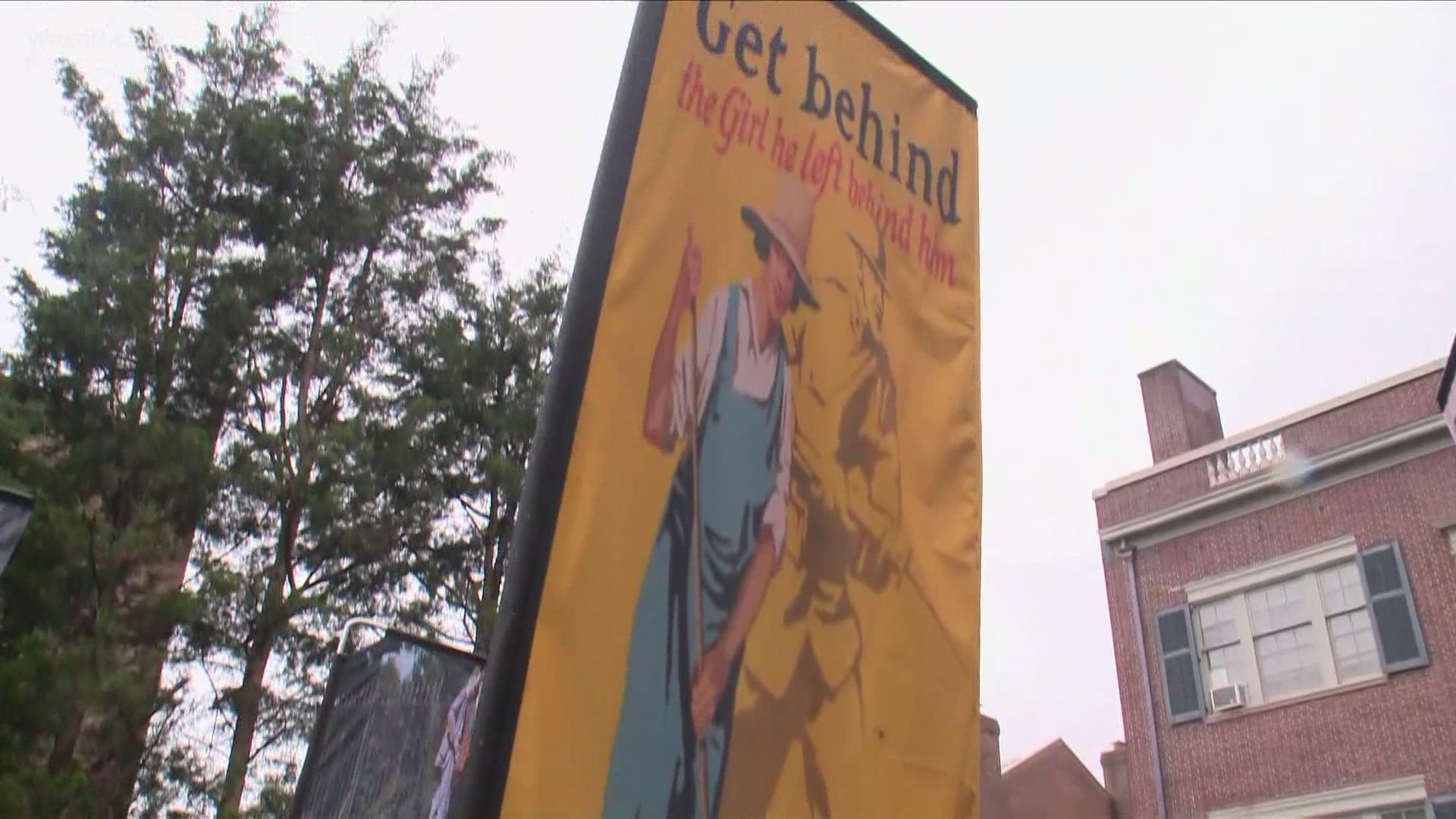 WASHINGTON — Some D.C. museums are bringing indoor exhibits outside, in the hopes of retelling important moments in history in a safe manner.

The Woodrow Wilson House in Northwest, D.C. is hosting the exhibit “Suffrage Outside” to commemorate the 100th anniversary of women getting the right to vote. Colorful banners based off historic posters and photographs paint the picture of women throughout history who have protested outside for equal rights.

Curators say all the pictures and photographs were from the collection at the Library of Congress. Each banner is accompanied by signage explaining each historical figure or event.The exhibit, which opened September 10, showcases how women’s work outside the home, the work and leadership of Black women pushed outside the ‘mainstream’ middle-class white women’s movement, protesting outside the White House, public protests outside in the streets, mobilization for war outside the United States as well as alliances with activists outside the United States, collectively  propelled the American woman’s suffrage campaign to victory in 1920.

The exhibit is focusing on African American and Asian women who were important members of the fight for equality.

"Women adopted a greater role in public life in the early 20th century, which reinvigorated the suffrage movement as it turned toward Washington to accelerate Congress' beleaguered progress to codifying women's right to vote in America. As they waved banners outside the Wilson White House to demand action on suffrage, we hoist banners today to honor their courage and enormous legacy," the museum said.

The museum exhibit is free and folks can sign up online to reserve a spot. D.C. is still in Phase 2 of its coronavirus reopening plan, so masks are required. The exhibit is also handicap accessible, and those needing those resources are asked to call the museum first.

Today, August 28, 1917, ten Suffragists were arrested while picketing outside the White House, just a few of the many...

“It’s meant to be outside, the suffragists worked outside. They did their fighting for the women’s vote outside so I’m happy to have that here at the Wilson House garden," said Elizabeth Karcher, with the Woodrow Wilson House.

The exhibit will be on display until November.