We haven't really seen her in much of the national coverage, but a Marjory Stoneman Douglas HS Junior says she has an important story...and something she wants us all to see: the color of her skin. 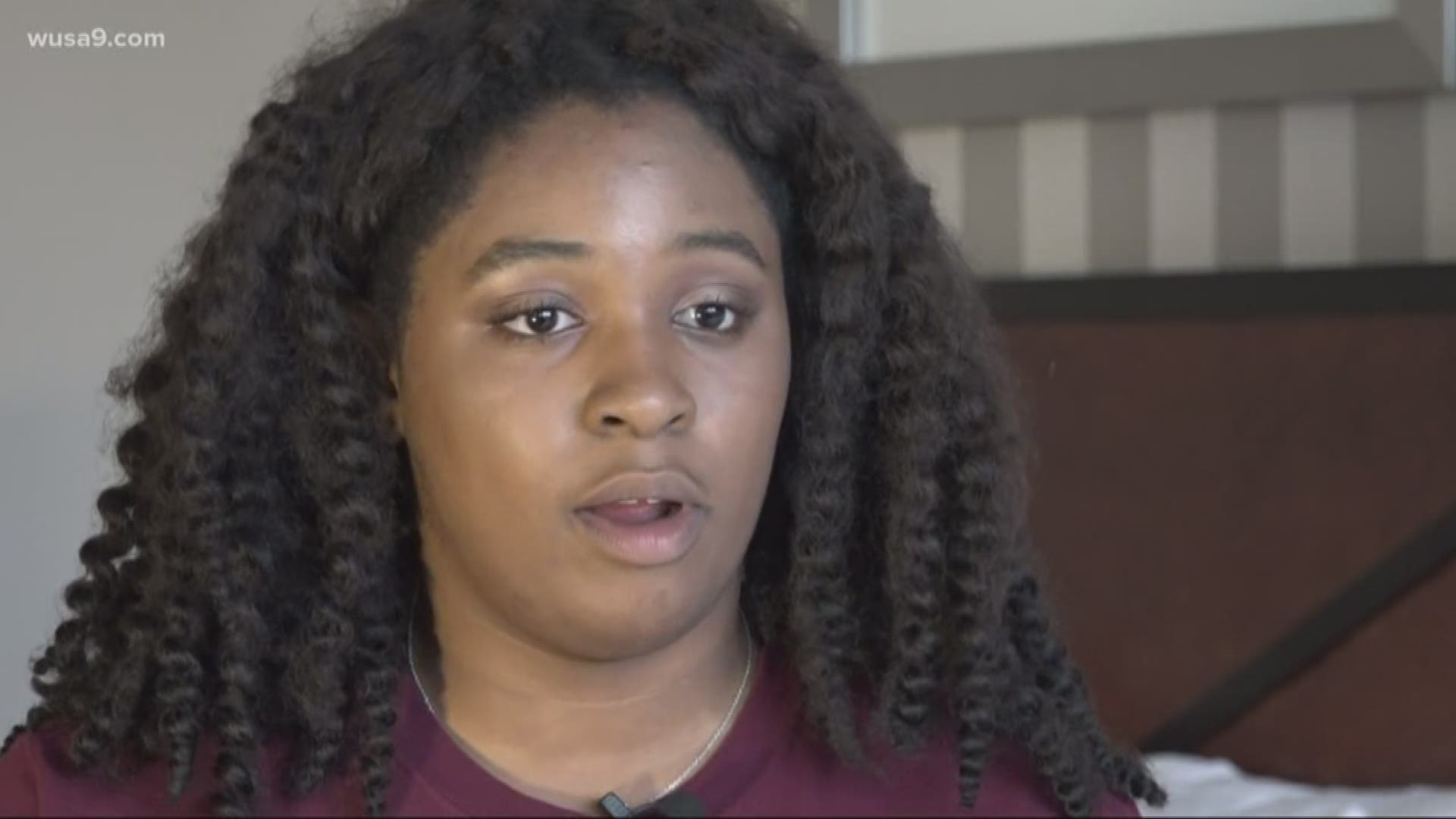 Mei-Ling Ho-Shing tells WUSA 9 she was talking about Valentine’s Day when shots rang-out inside the Parkland, Florida high school.

"As the sounds got louder and louder and the screaming was on and off. He fine – like you heard him in the same hallway as my classroom. I grabbed a girl's hand that was sitting next to me,” said Ho-Shing. She began to pray, she tells us.

Leaving, the 17-year-old described seeing bullets the size of her fingers.

"… it still happens on and off,” said Ho-Shing, “but I had night-after-night, I would wake up to the sounds of bullets and the sounds of screaming, because that's imbedded in my brain, I can't get that out."

We talked in her hotel room Thursday night. Ho-Shing is in town for the March of Our Lives on Saturday. However, in addition to the amount of young people rallying, she also wants you to see the color of her skin. Why? Ho-shing says "race," in this national gun violence discussion, has been the elephant in the room.

RELATED: 'No life left in her': 16-year-old Md. shooting victim to be taken off life support, family says

"The jewel of our community gets shot. Now everyone's like, 'Our kids can't even go to school and be safe, that's a problem.' It's been a problem,” said the M.S. Douglas survivor.

What does Ho-Shing know about gun violence in lower income communities?

The 17-year-old tells WUSA 9 she is not from the wealthier Parkland, Florida neighborhoods and neither are a lot of her friends. That’s why she tells WUSA 9 she’s not just marching against school shootings, but ALL gun violence.

"I need to bring it up because for decades, African-Americans, Latinos have been fighting gun violence,” she said. Ho-Shing added, “It’s not just Parkland.”

There’s so much more to her experience, which Ho-Shing has agreed to share at the WUSA 9 “March for Our Lives” Town Hall being hosted on Friday