White Nationalist march in DC near Union Station on Saturday

Patriot Front has marched in D.C. before and is labeled by the Southern Poverty Law Center as a white nationalist group. 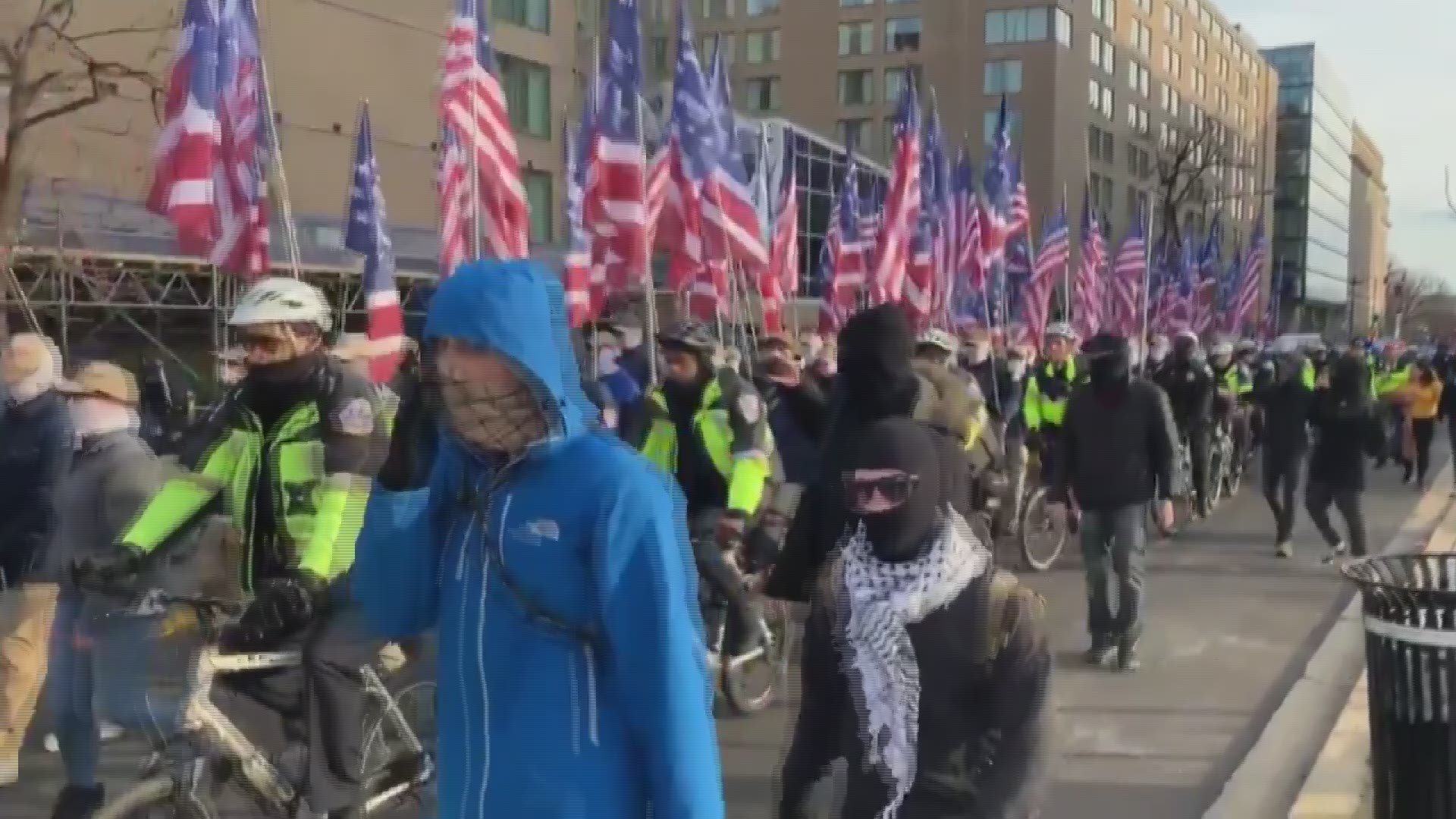 WASHINGTON — A march by the white nationalist group Patriot Front was done near Union Station in Washington around 4 p.m. on Saturday.

The members of Patriot Front that were marching shouted, "Reclaim America" as they moved down the streets of D.C. The group would later end their march at a Walmart in the Union Station area, as some onlookers called them cowards, said WUSA9's Mike Valerio.

Those marching wore similar long-sleeve clothing, wit hats, masks, sunglasses and American flags. They were trailed and surrounded by police officers who were there to de-escalate any issues that arose.

The group, according to the Southern Poverty Law Center, is an image-obsessed organization that rehabilitated the explicitly fascist agenda of Vanguard America with garish patriotism.

The SPLC added that Patriot Front focuses on "theatrical rhetoric and activism that can be easily distributed as propaganda for its chapters across the country."

According to the Southern Poverty Law Center, Patriot Front formed as a white nationalist hate group following the "Unite the Right" in August 2017 that left one woman dead in Charlottesville, Virginia.

This is not the first time the group has protested in Washington. According to the group's website, it was in D.C. June 2019 for remembrance of the USS Liberty on the 52nd anniversary of its attack by the State of Israel.

To learn more about the group, you can do so through the SPLC here.