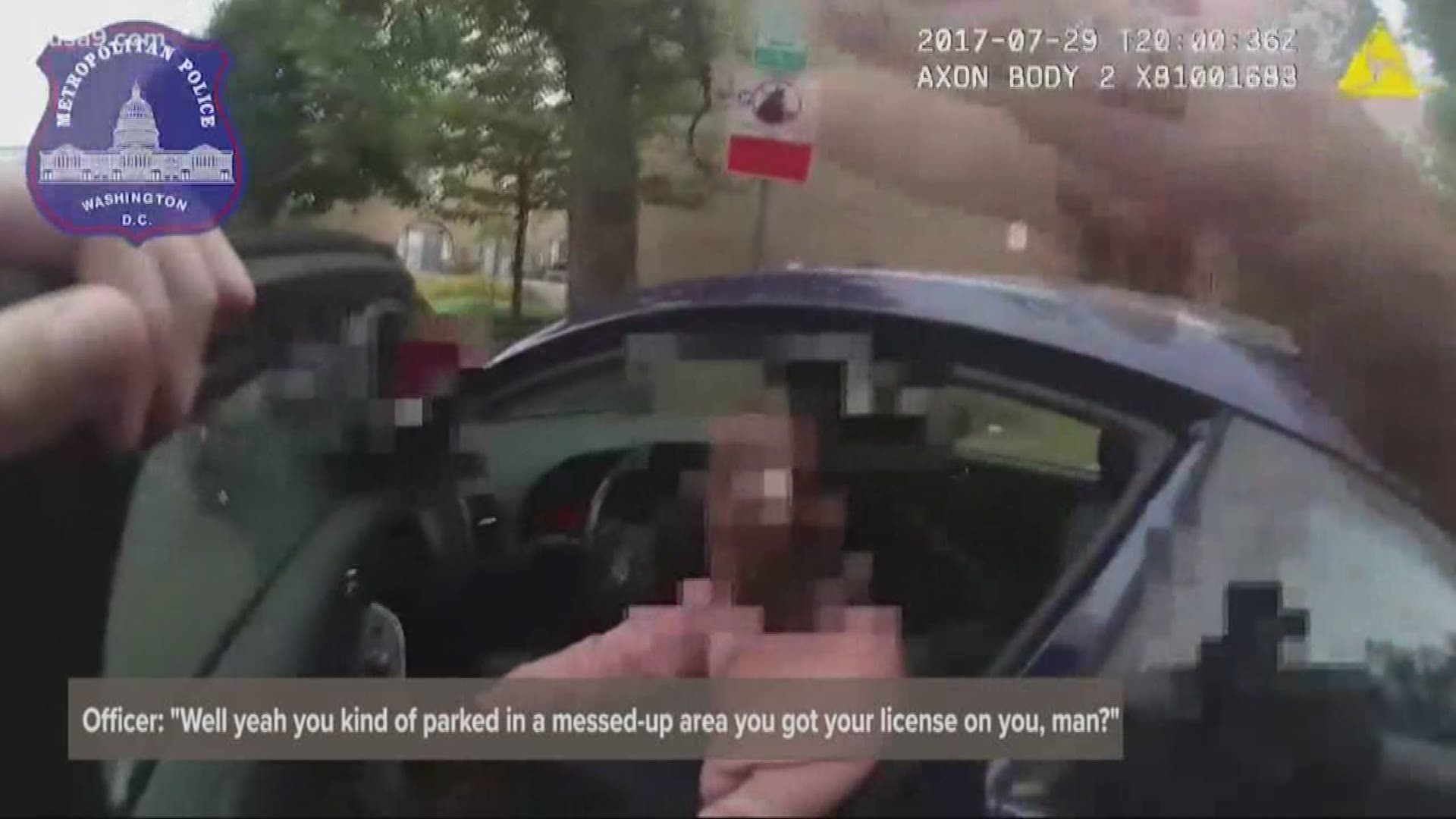 WASHINGTON — D.C. Metropolitan police officers faced a record number of complaints in 2018, according to D.C.'s Office of Police Complaints, or OPC, the agency responsible for investigating allegations of officer misconduct.

Michael Tobin, OPC's Executive Director, said the 780 complaints filed against D.C. police officers in 2018 can be traced in part to a public outreach campaign by his agency to let citizens know they can file complaints against MPD officers. Tobin also attributes the surge to a change in D.C. law which directs all complaints, even those filed at police districts, to OPC for investigation.

But he said those factors don’t entirely explain the spike in numbers.

"I think the increase of about 80 percent that we’ve seen over the last two years, about maybe a third to a half of that is due to a change in the law expanding our office jurisdiction," Tobin said. "The rest of it is not really easily explained."

Tobin believes the introduction of body worn cameras for MPD officers also plays a role in the increased numbers.

"I think people are aware of that and there's now a witness to what happened in their incident," Tobin said. "It's the body-worn camera."

That was the case in 2018, when four D.C. police officers approached a driver near the Southwest Waterfront after they found him parked in a no-parking zone with his engine running.

In that video, one of the officers can be seen forcing the man to step out of the car over the drivers protests.

"Why can I not just move the car?" the driver asked.

"I already explained that to you," the officer said, referring to the fact the driver was parked in a no parking zone.

"Why can I not just move the car?" the man asked again.

Then, another officer asked if the driver if he had any weapons.

"You got a gun in the car bro?" the officer asked.

"No," the driver answered.

The officer didn't seem to believe him.

"Are you sure?" the officer asked.

"Are you sure?" the officer asked again.

"Can we check your car for guns?" the officer asked.

"I do not consent to any searches," the driver responded.

But D.C.'s police union said complaints that arise from incidents like that one are not the result of officers gone rogue.

Instead, union Chairman Stephen Bigelow, Jr. said they are the product of a broken discipline system in the District, which often penalizes officers for inconsistencies in how they are trained in the academy versus the standards they are held to on the street by OPC.

"We need to look at are they acting in good faith?" Bigelow said. "Are they trying to act in accordance with the law?"

Bigelow pointed out only a fraction of complaints against D.C. police lead to actual discipline against the officers. An indication much of alleged misconduct is either unfounded or not drastic enough to warrant punishment.

But OPC records show for the cops that do land in hot water, the penalties are getting lighter. Suspensions without pay are dropping sharply for sustained complaints against D.C. police officers, while training, as a form of discipline, also known as education-based discipline, is going up.

"I don’t agree that education-based discipline should be used when there is intentional misconduct, under any circumstances," Tobin said.

"I think the impact, when too lenient of the discipline is issued, is sending a message to that officer and the rest of the department that that conduct will be tolerated," Tobin said.

The D.C. Police Department has not responded to repeated requests for comment from Newsham, but Bigelow defended the change in how police officers are being disciplined in D.C.

In fact, Bigelow said it's not Newsham, but the OPC that is often getting it wrong.

The police union provided WUSA9 documentation of OPC investigations in which it believes officers were treated unfairly. The examples included two cases in which officers were cited by OPC for retaliation when a police officer issued a warning ticket after a citizen asked for the officer’s badge number.

The union also cited a case from 2019 when an officer was accused of intimidation and harassment for ordering a suspected drug dealer to vacate a public park.

In her final report sustaining those allegations, the OPC investigator wrote the officers left hand was resting on his holstered gun during the exchange with the man being asked to leave the park.

But a still image from the video used by the investigator, provided to WUSA9 by the union, showed the right-handed police officer had his left hand on his utility belt in addition to a cord going up the officer's side.

The union said that proves the officer wasn’t holding his gun during the exchange, he actually has his hand on his patrol radio.

"So, you have an investigator for OPC that doesn’t know the difference between a gun and a radio and that same person will be investigating use of force and they don't understand the basic pieces of equipment,"  Bigelow said.

In response to questions regarding that investigation and ruling, OPC seemed to indicate that mistake was irrelevant.

"Where the officer had his hands placed was not part of the specific misconduct allegations that the officer was charged with," Tobin wrote in an email to WUSA 9. "The charges stemmed from other conduct at the scene."

Still, a review of OPC examiners qualifications revealed they have virtually no police background.

OPC told WUSA9 the requirements to be hired include:

OPC also said complaint examiners may not be current or former employees of MPD but have to do 20 hours of police officer training and 8 hours of ride-a-long's with MPD.

Bigelow said that still doesn't qualify them to know what's really going on in a case like the one WUSA9 reviewed on the Southwest Waterfront, where the four police officers on the body-worn cam video felt like the driver of the illegally parked car might be drunk or stoned.

"Why I look like I'm under the influence?" the driver asked.

"Should we just let him walk off?" the officer can be heard asking his partner on the video.

"No, let him take the test," the other officer responded.

"He's saying he doesn't want to," the first officer said.

"Keep asking him, and if he refuses, we'll place him under arrest," the second officer said.

"We can't do that," the first officer replied.

Eventually, body-worn camera video shows the driver agreeing to a second field sobriety test, which he also passed. And after holding the driver for a K-9 search of his car, which also turned up nothing, police let him go, an hour and five minutes after officers first approached the man's vehicle.

Bigelow believes those officers were just doing their job, but OPC didn't see it that way.

The harassment complaint the driver would later file led to all four officers getting an official reprimand and the training known as education-based discipline.

But Newsham did not hand down any suspensions for the officers' actions.

"I think in some instances that tells the officer, 'Look, I got away with this. I can do it again,'" Tobin said.

Tobin believes D.C. government should now consider something being used in other cities. A citizen's board that reviews officer discipline to make sure the police chief isn't letting his officers off too easy.

Tobin said New York, Chicago, San Francisco and Seattle all use some form a citizen review panel when it comes to police officer misconduct and discipline.

"I'm not saying that’s the system for D.C.," Tobin cautioned. "I'm saying maybe we need to look at, if the community is dissatisfied with the level of discipline then maybe that’s something we need to look at as, whether community boards should be more involved in the disciplinary process than it is now."

That would only happen over loud protests from the D.C. Police Union.

"I think it's a horrible idea," Bigelow said, saying current inconsistencies with the disciplinary process is already hurting recruiting of D.C. police officers. The union said new MPD hires were down 13 percent between fiscal year 2015 to 2017. 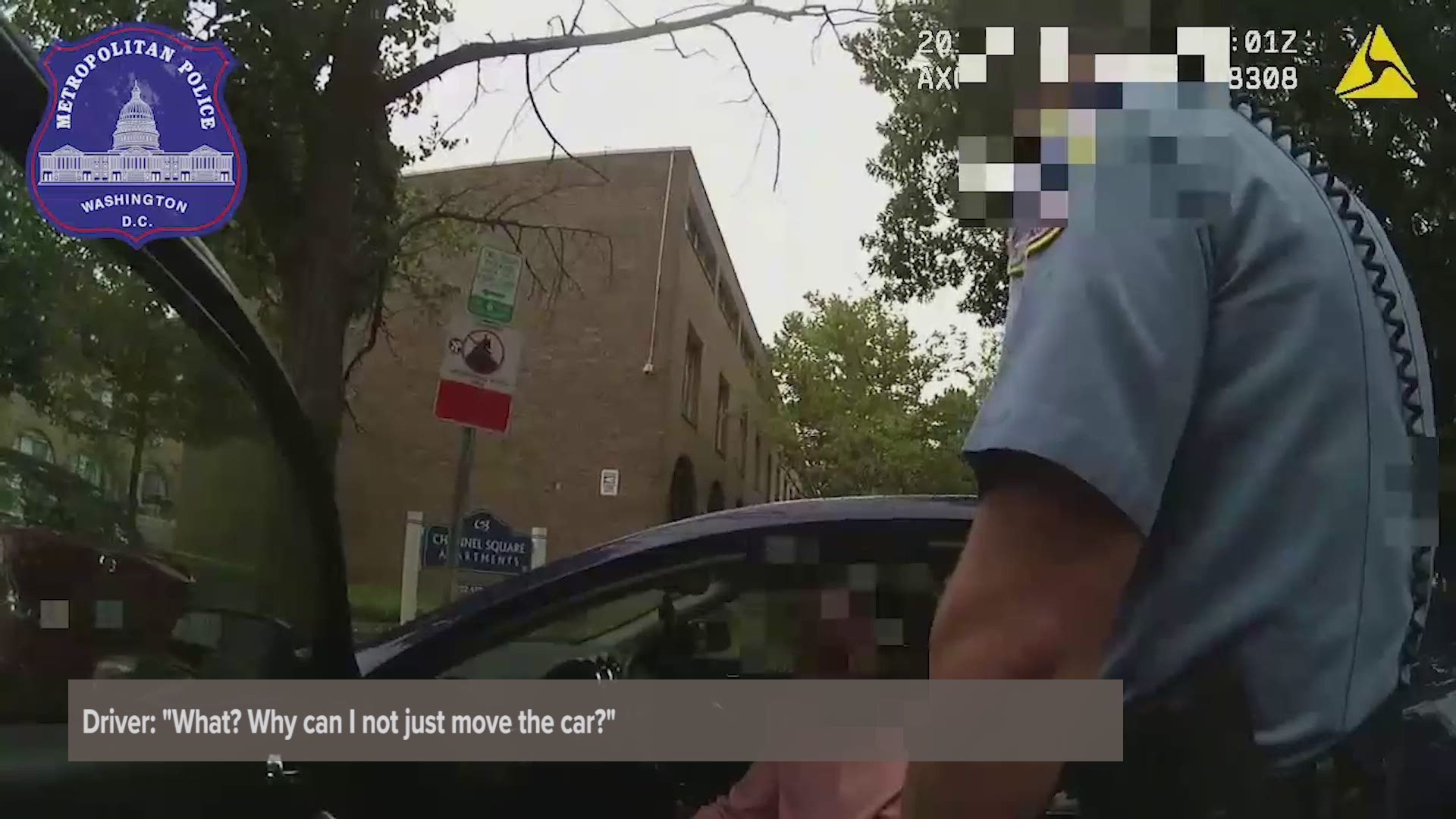 The police union is pushing for its own suggested changes to MPD’s disciplinary process and is currently in negotiations with Newsham and MPD leadership to revamp the system.

Bigelow said those changes would include a much more specific table of punishment for various types of misconduct, saying the current guidelines are far too vague. Those talks could not include changes to OPC, which is an independent agency overseen by D.C. Council.

"Whenever there is confusion, or inconsistency, it makes it harder to do our job," Bigelow said.

Bigelow said the union has invited the Office of Police complaints to be part of those discussions, but to this point, Executive Director Tobin has not joined the talks.

Tobin responded in a statement to WUSA 9 News.

We have not been apprised of the status of negotiations and as an independent agency we are not a party to the collective bargaining process. I have indicated to the union that while we cannot be part of the bargaining process as a non-party, we support improvements to the disciplinary process that provide a fair system that incorporates community input and does not invite lengthy delays and meritless appeals. Neither the union nor the police department have shared any details of the negotiation progress, and I believe our community deserves to know what changes are contemplated prior to any final approval. We are very interested to learn whether community input is integrated into the disciplinary process and hope that both the union and MPD will involve the public prior to finalizing any proposals.