About 100 tenants marched from Freedom Plaza to the White House earlier Saturday to protest evictions in Washington DC. 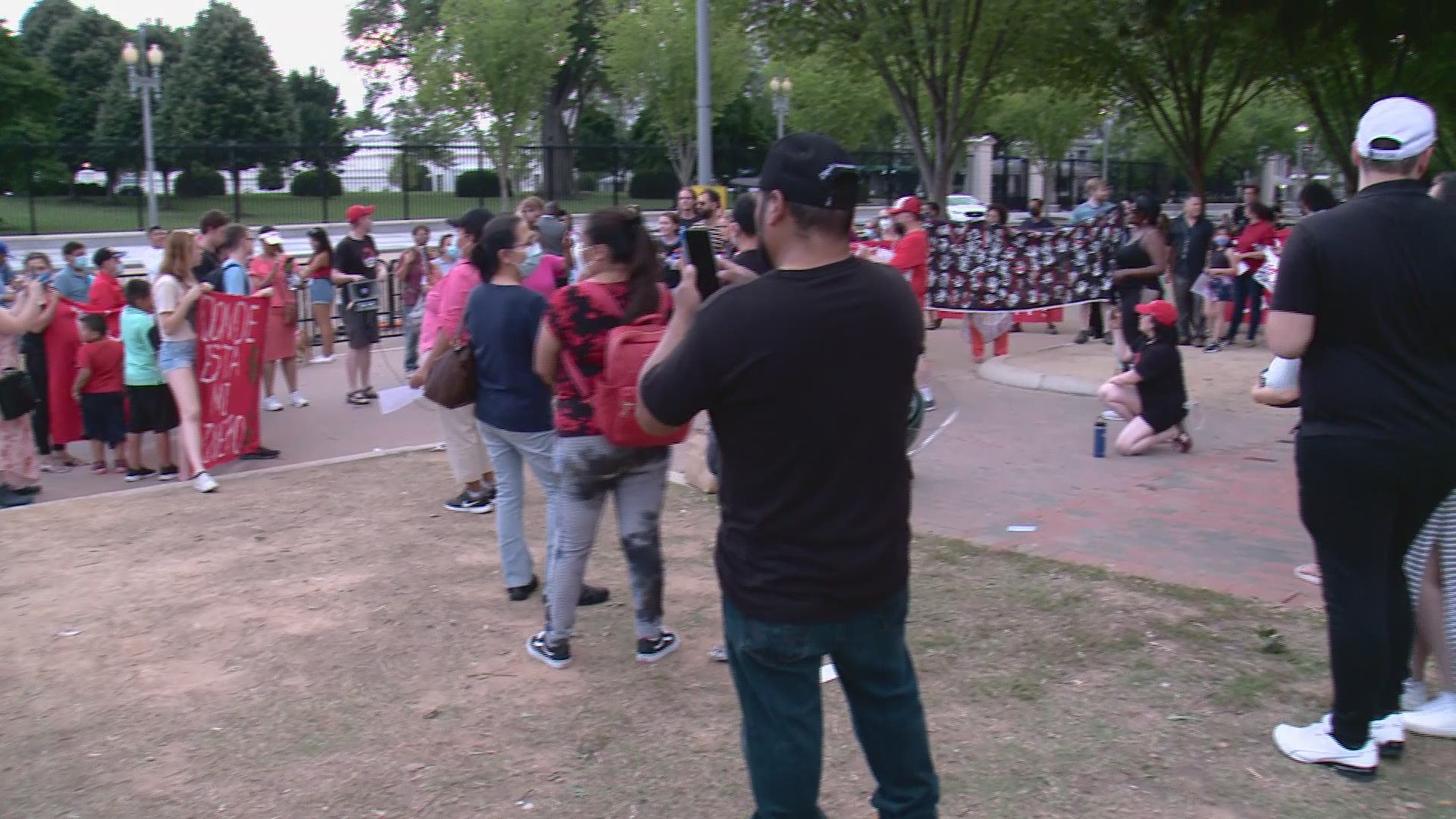 WASHINGTON — About 100 tenants marched from Freedom Plaza to the White House earlier Saturday to protest evictions in Washington D.C. and across the country.

The group planned to camp for the night at Freedom Plaza to demand that local and federal eviction bans be kept in place. These tenants say that's not enough time for people to fully recover from the economic impact of the pandemic.

between 2 and 4% of Americans say they could be evicted from their homes in the next two months, according to data from Census Pulse Survey.

The U.S. Census Bureau periodically conducts pulse surveys. Based on survey data from May 31 - June 7, 2020, 13.6% of respondents were not caught up on rent payments. Among that group, 45.5% said they are very or somewhat likely to be evicted from their home in the next two months.

Among all respondents from that week of surveys, 2.2% say they are very likely to be evicted in the next two months and 3.9% say they are somewhat likely. Diane Yentel says that number could be even higher.

President Joe Biden's administration did extend the eviction moratorium for a month.

U.S. landlords have successfully challenged the federal eviction moratorium order in court, arguing they also had bills to pay. They pointed out that tenants could access more than $45 billion in federal money set aside to help pay rents and related expenses.

Advocates for tenants say the distribution of the money has been slow and that more time is needed to distribute it and repay landlords. Without an extension, they feared a spike in evictions and lawsuits seeking to boot out tenants who are behind on their rents.

WHAT’S THE STATUS OF EVICTION MORATORIUMS IN THE DISTRICT OF COLUMBIA?

Washington, D.C., has its own local ban on evictions, imposed by the District of Columbia Council in March 2020. The city's moratorium is tied to the public health emergency declared by Mayor Muriel Bowser, which is set to expire on July 25, about a week before the national eviction moratorium ends.

In April, Bowser devoted $350 million in federal aid to help qualifying tenants pay overdue rent and utility bills. But some members of the D.C. Council have complained that not enough people are taking advantage of the program because the eviction ban was removing any sense of urgency. In May, the council briefly considered allowing eviction filings again to prompt tenants and landlords to take advantage of the aid, but the idea was voted down amid public criticism.