Chief Contee said that a plain-clothes US Capitol Police officer is the one who shot and killed a woman inside the US Capitol Building. 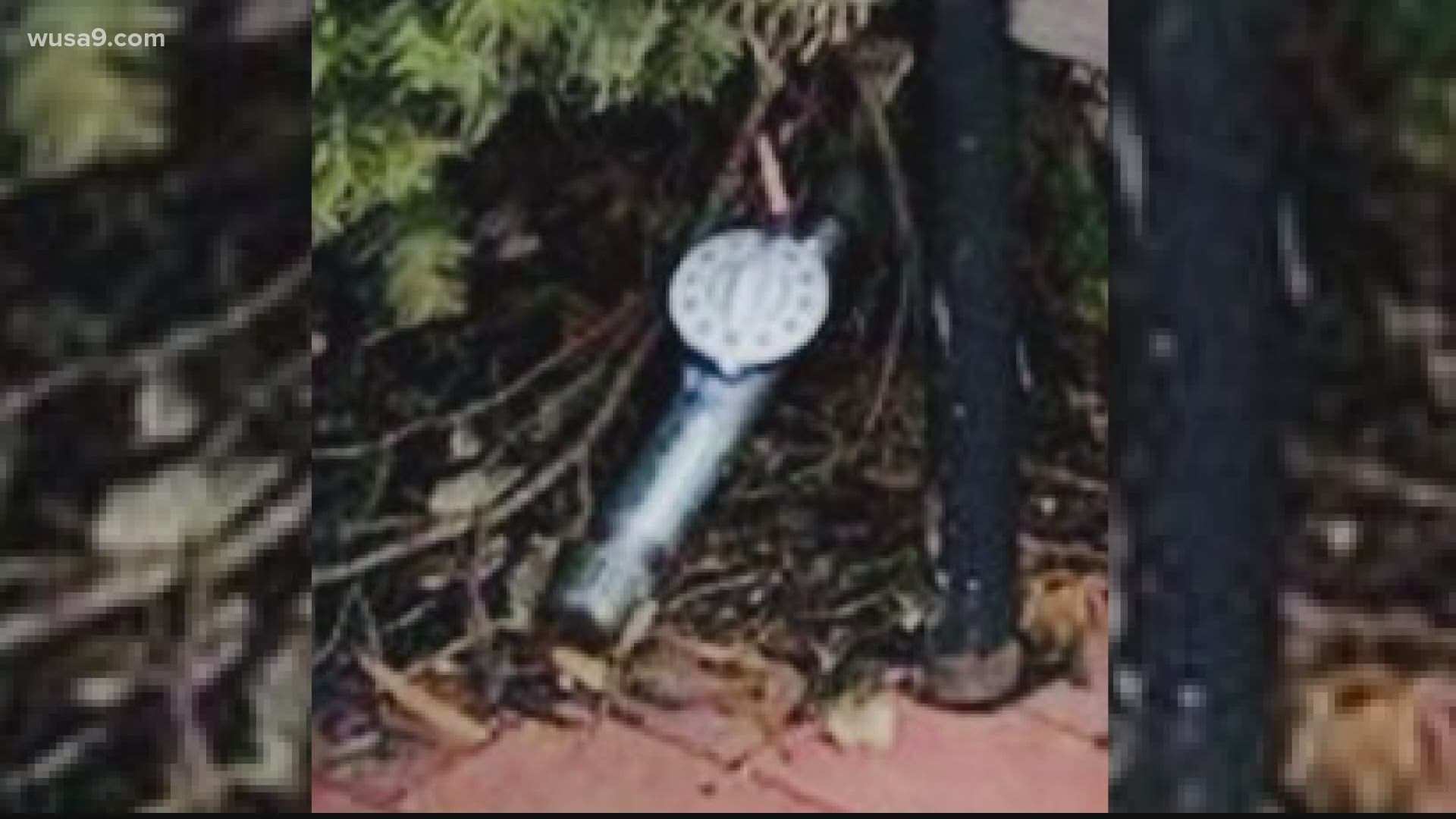 WASHINGTON — DC Police said two pipe bombs and a cooler of Molotov cocktails were found near the US Capitol Building while Trump supporters began to riot in the area, eventually breaking into the building.

DC police responded to the US Capitol Building after multiple calls to its dispatch units and at the request of US Capitol Police. They assisted in clearing pro-Trump rioters from the area after the building was overrun and in removing the pipe bombs and Molotov cocktails.

#CapitolBuilding Law enforcement bulletin suspected IEDs - at least one near Cap Hill - “As of this writing MPD EOD units are in the process of disrupting the devices which appear to be Improvised Explosive Devices”+ unknown if devices are “legitimate or hoaxes.” @CBSNews pic.twitter.com/Mq1kkNkxkO

Chief Contee said that a plain-clothes US Capitol Police officer is the one who shot and killed a woman inside the US Capitol Building.

Contee said his department will review the shooting. He offered condolences with the family of the woman who lost her life.

U.S. Capitol Police ordered the Capitol locked down around 2:30 p.m. on Wednesday and evacuations of two Capitol campus buildings — the Library of Congress James Madison Memorial Building and the Cannon House Office Building — as protests raged at the Capitol complex.

Shortly after President Trump addressed his supporters vowing "never to concede" the election in a speech on the Ellipse, large crowds of Trump supporters marched to the U.S. Capitol and squared off with Capitol Police. Rioters broke through several barriers placed at the steps of Capitol, while the certification of Electoral College votes began inside.

US Park Police, DC Police and National Guard troops worked to move Trump supporters and rioters from the steps of the US Capitol Building to create a safety perimeter as the city's curfew went into effect at 6 p.m.

Tear gas and percussion grenades have been deployed by police around the US Capitol to move back rioters, according to the Associated Press.

RELATED: Public Emergency in effect in DC for 15 days after Capitol riots

Virginia's Ralph Northam also announced a State of Emergency for the Commonwealth and put Arlington and Alexandria under a 6 p.m. to 6 a.m. curfew because of the violence seen in DC.