'It’s a relief' | End of DC mask mandate welcomed by gyms, but council has concerns

DC will lift the mask mandate for many indoor public spaces next Monday. 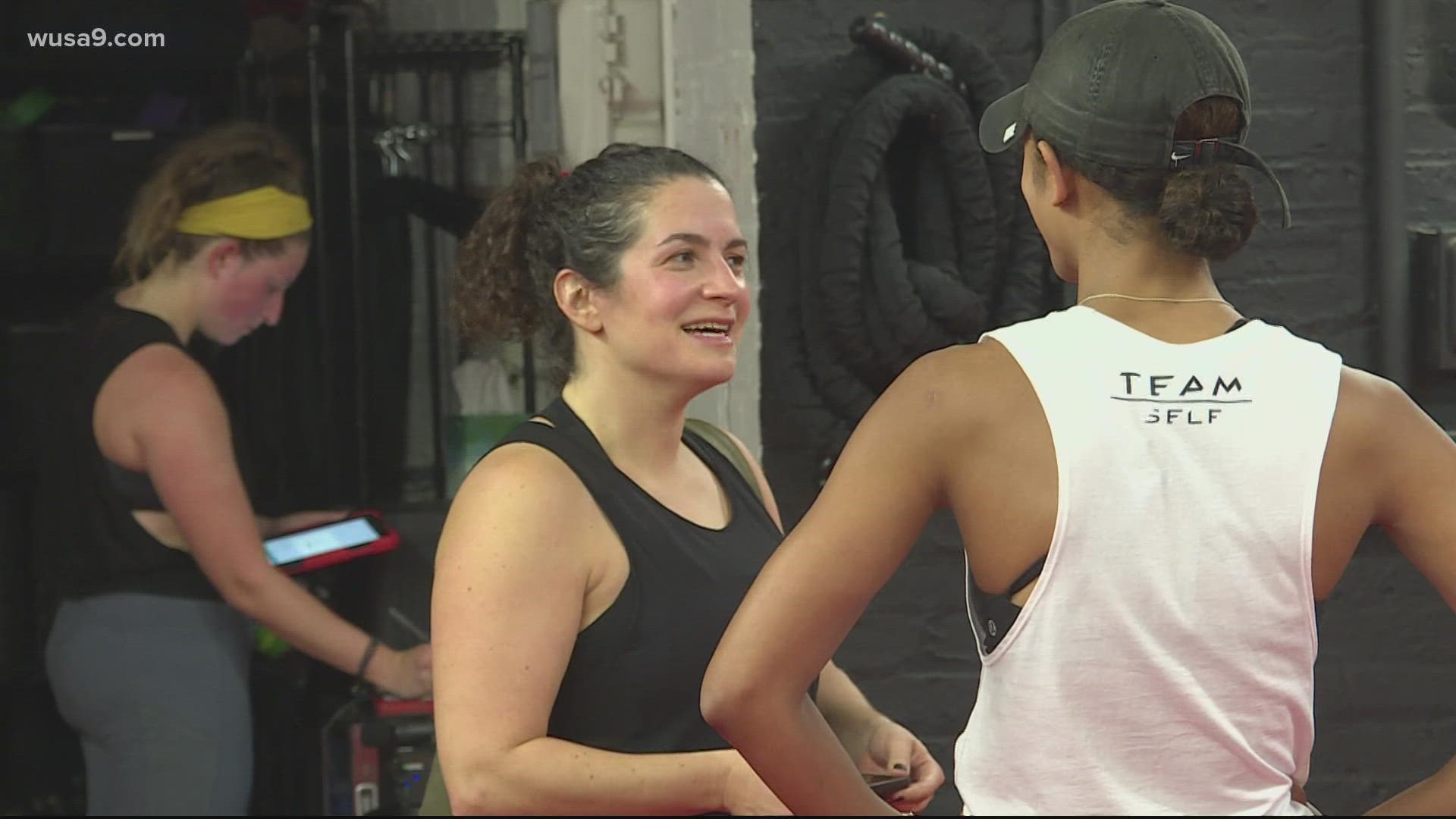 WASHINGTON — With the lifting of DC's mask mandate set for next Monday, gyms around the district have welcomed the announcement while the majority of DC Council has raised concerns.

Next week, people will not be required to wear masks in many indoor public places. However, mask mandates will remain in place for schools, libraries, public transportation, and childcare facilities.

Following the announcement from Mayor Muriel Bowser this week, 10 members of DC Council released a letter opposing the end of the mandate.

“We are concerned that this decision would place the District ahead of the science, including continuing guidance from the Centers for Disease Control that still recommends that masking indoors is the safest way to protect everyone from COVID-19 exposure,” the council members wrote. "Even the White House will maintain its mandate."

The council members noted how children aged five to 11 years old were only recently approved to receive the COVID-19 vaccine.

They added that the timing of the mandate lift came too close to the holiday season.

"We are concerned that changing course in the Winter months, not to mention the week before a major travel holiday, is not a prudent course of action," the letter read. "It sends a signal that public health concerns are back to normal when they are not."

The council members believed the district would be better off following the lead of Montgomery County, which will reinstate its mask mandate this weekend.

Not everyone has criticized the decision though.

Cut Seven, which has three gym locations around D.C., welcomed the news and said it brought a positive development after a tough last few months.

"It’s been a struggle to keep going," said Cut Seven founder Chris Perrin. "It’s a relief that this mask mandate is going to be lifted.”

Perrin and his instructors have been confined to holding their classes outdoors during the pandemic.

Now, with colder months ahead, he said the lifting of the mask mandate may encourage more people to exercise at indoor gyms.

"Once winter really hits, people are going to stop working out outdoors," Perrin said. "We’re really excited for this mandate to end right before then because now we’re able to welcome a lot of new folks into the gym.”

Ahead of the mandate lifting on Monday, Perrin said the change would bring a needed boost.

"It’s the actual comfort of working out and it’s the stigma that’s put on when we say you have to put a mask on here because it’s unsafe," said Perrin, who noted that gymgoers can still wear a mask if they choose. "I think Monday when that mask mandate is over, we will start to see more people in the gym immediately.”

RELATED: Masks will be required indoors in Montgomery County due to COVID case rates