Bruins beat Capitals to even series 1-1; Washington heads to Boston

Marchand was Boston's OT hero in a game in which he made more noise for taking post-whistle penalties than producing. 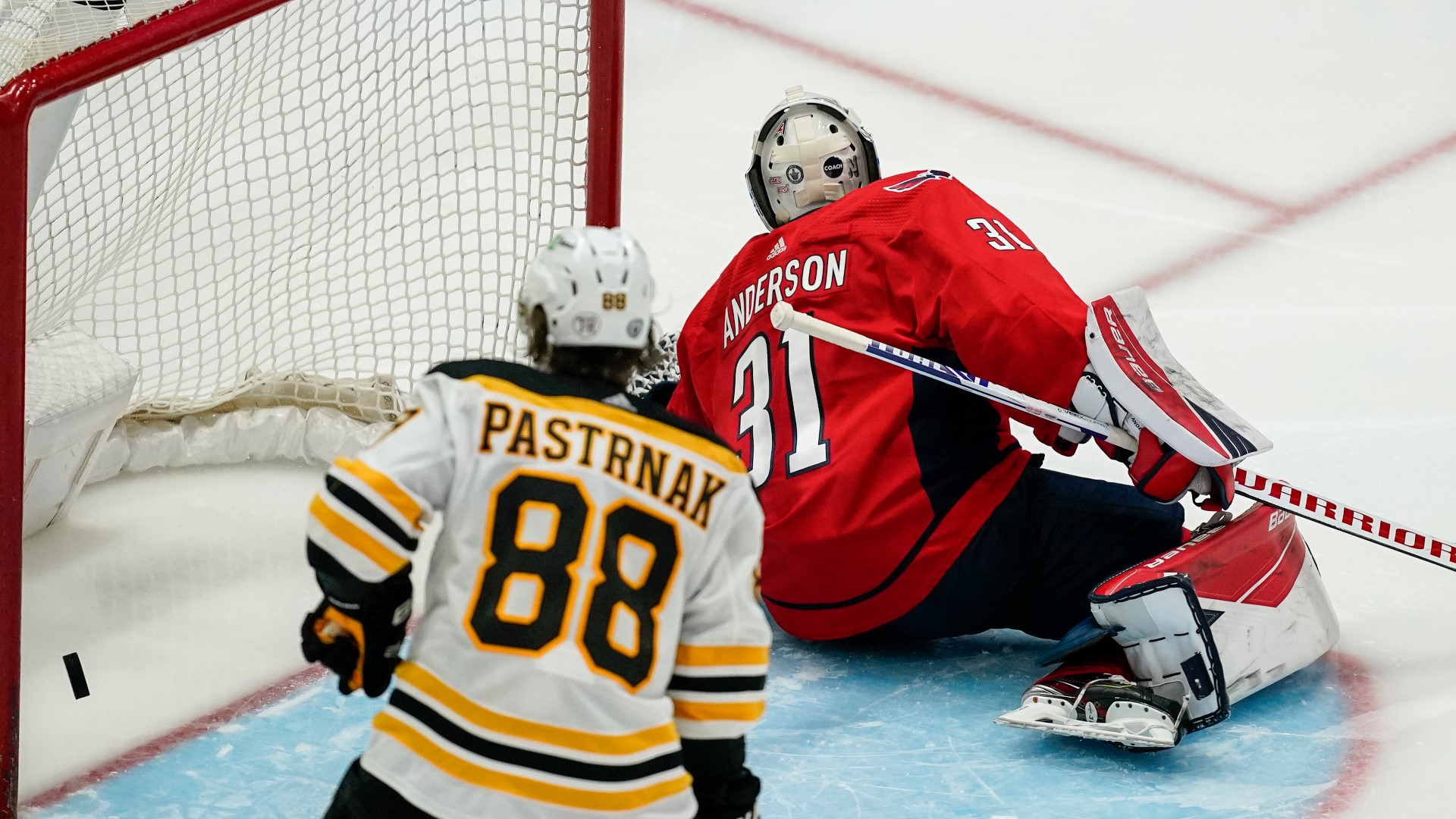 Marchand was Boston's OT hero in a game in which he made more noise for taking post-whistle penalties than producing. The Bruins' leading scorer, who ranked third in the NHL in points, looked more like himself on the one-timer he ripped past Craig Anderson in overtime.

Game 3 is Wednesday night in Boston.

The Bruins were less than three minutes away from pure desperation mode in the series.

Two penalties early in the third period took Boston out of rhythm as Garnet Hathaway scored his second of the game to give Washington the lead with 12:56 left. Anderson — who made 38 consecutive saves after allowing two goals on the first five Bruins shots — was a rock until Hall whacked a loose puck past him with 2:49 left in regulation.

Boston got first-period goals from Jake DeBrusk and Patrice Bergeron, and 36 saves from Tuukka Rask, who was beaten twice by deflections. Hathaway scored twice and T.J. Oshie redirected a shot in for Washington, which played without goaltenders Vitek Vanecek and Ilya Samsonov and center Evgeny Kuznetsov, and lost center Lars Eller to a lower-body injury in the middle of Game 2.

Capitals lose 4-3 in overtime to the Bruins.

While Vanecek is considered day-to-day with a lower-body injury, Kuznetsov and Samsonov remained out after clearing league COVID protocol Sunday. Each missed the final five games of the regular season, and there’s no definitive timeline for when they’ll be available to play.

The Bruins played without defenseman Jeremy Lauzon, who was replaced on the blue line by Connor Clifton, a right shot playing his off side.

The Capitals acquired Michael Raffl at the trade deadline, in part because the natural winger can also play center, but coach Peter Laviolette kept Oshie in the middle for another game. Eller’s injury only exacerbated the need for Oshie at center.

“I feel like I know what the responsibilities are for each position,” Oshie said. “I feel pretty comfortable there and know my assignments and just got to get the job done.

While the Capitals didn’t dress any of the three goalies they figured they’d have after free agency with Pheonix Copley backing up Anderson, the Bruins have almost the opposite problem. Rookie Jeremy Swayman backed up for Boston, relegating Jaroslav Halak to a third-string role.

Halak became the Bruins starter early in the playoffs last summer when Rask opted out of the bubble for family reasons.

Capitals defenseman Zdeno Chara plays as a visitor in the playoffs at TD Garden in Boston for the first time after 73 games there as Bruins captain. Puck drop on Game 3 is 6:30 Wednesday night.