Secretary of Defense Lloyd J. Austin III approved a request by the U.S. Capitol Police for continued National Guard support through May 23. 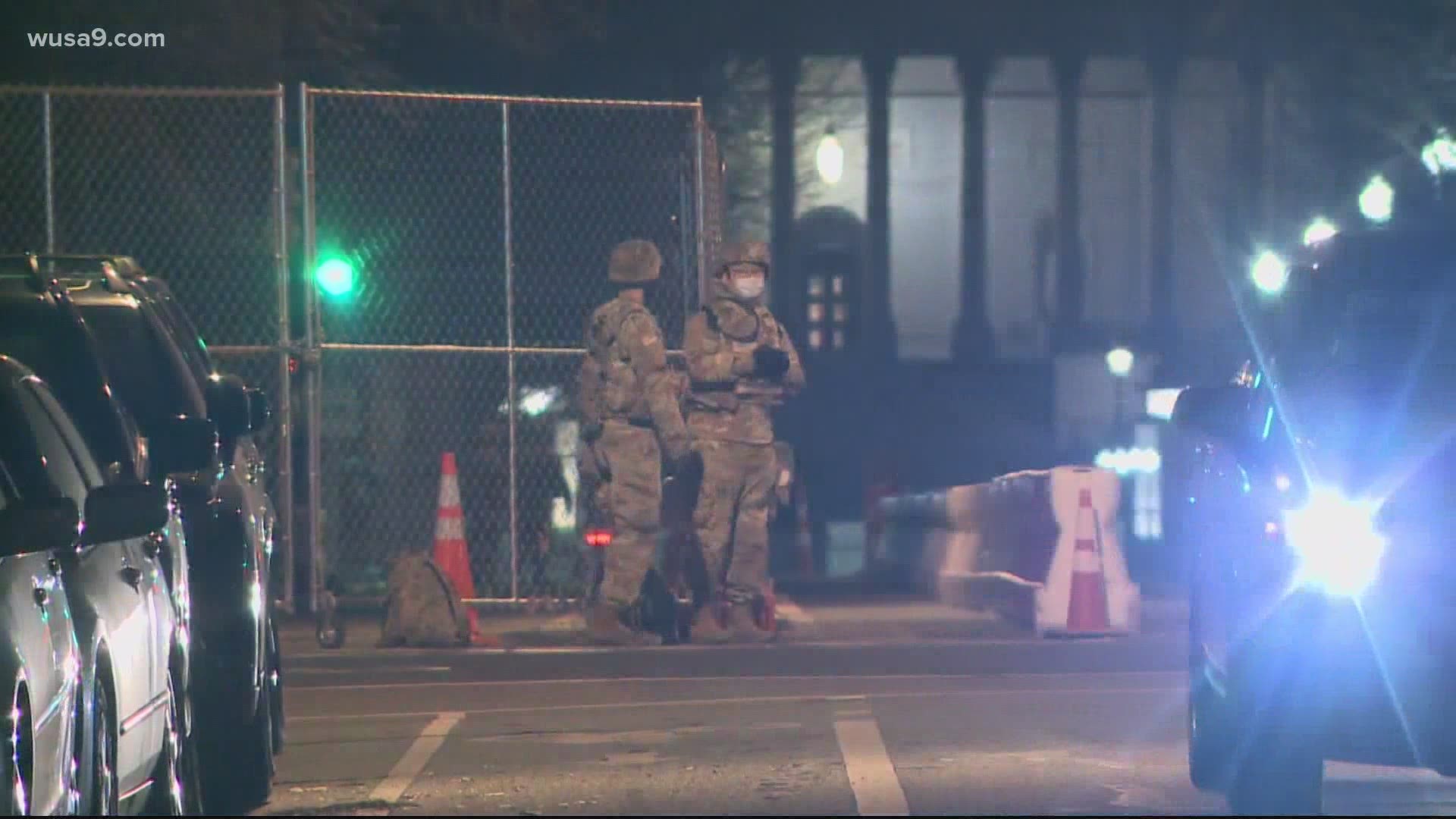 WASHINGTON — The Department of Defense (DoD) has granted U.S. Capitol Police's request to keep National Guard troops around Capitol Hill past the March 12 deadline put in place after the Jan. 6 insurrection.

Secretary of Defense Lloyd J. Austin III approved a request by the U.S. Capitol Police for continued National Guard support through May 23, according to the news statement from a DoD spokesperson.

The decision underscores concerns about the ongoing threat of violence at the Capitol, two months after rioters breached the building in violence that left five people dead. Law enforcement have remained in a heightened security posture in response to intelligence suggesting possible threats to the Capitol by militia groups.

The request to extend the deployment met resistance last week, as some governors expressed reluctance or flatly refused to commit their troops to more time in the city. There now appears to be enough states willing to provide Guard troops for the mission, said the defense officials, who spoke on condition of anonymity to discuss internal deliberations.

Army leaders had also initially questioned whether the Capitol Police had exhausted all other options to fill the need, such as asking other federal law enforcement agencies to provide security. But officials said military leaders thought it was important to find ways to work out the details.

It was unclear last Tuesday if Guard troops currently in Washington would have to stay an extra day or two while the new forces arrive and get trained and settled in.

The threat was tied to the far-right conspiracy theory promoted by QAnon supporters that former President Donald Trump would rise again to power on March 4, the original presidential inauguration day. That day passed with no problems, but law enforcement has said threats to buildings and personnel remain.

The Guard's deployment to the Capitol has been troubled. Early on, Guard members were briefly forced to take rest breaks and meals in a nearby cold garage, sparking outrage within the Biden administration. Officials quickly found new spaces within Congressional buildings for the on-duty breaks.

In addition, Guard members complained of bad food, including some who said they became sick. On Monday, chief Pentagon spokesman John Kirby said that about 50 Guard troops had been treated for gastrointestial issues, out of the 26,000 that deployed to Washington. He said six sought outpatient medical treatment, while the rest were treated at aid stations set up for the Capitol Hill mission.

Kirby said that Gen. Daniel Hokanson, chief of the National Guard Bureau, has been visiting the troops several times a week and eating with them to ensure that they were getting good food.

U.S. military officials have said the cost of deploying about 26,000 Guard troops to the U.S. Capitol from shortly after the Jan. 6 riot to this Friday, is close to $500 million. No cost estimate for the next two months has been released. The costs include housing, transportation, salaries, benefits and other essentials.