The two bars are the latest LGBTQ institutions to close in the District in less than two years. 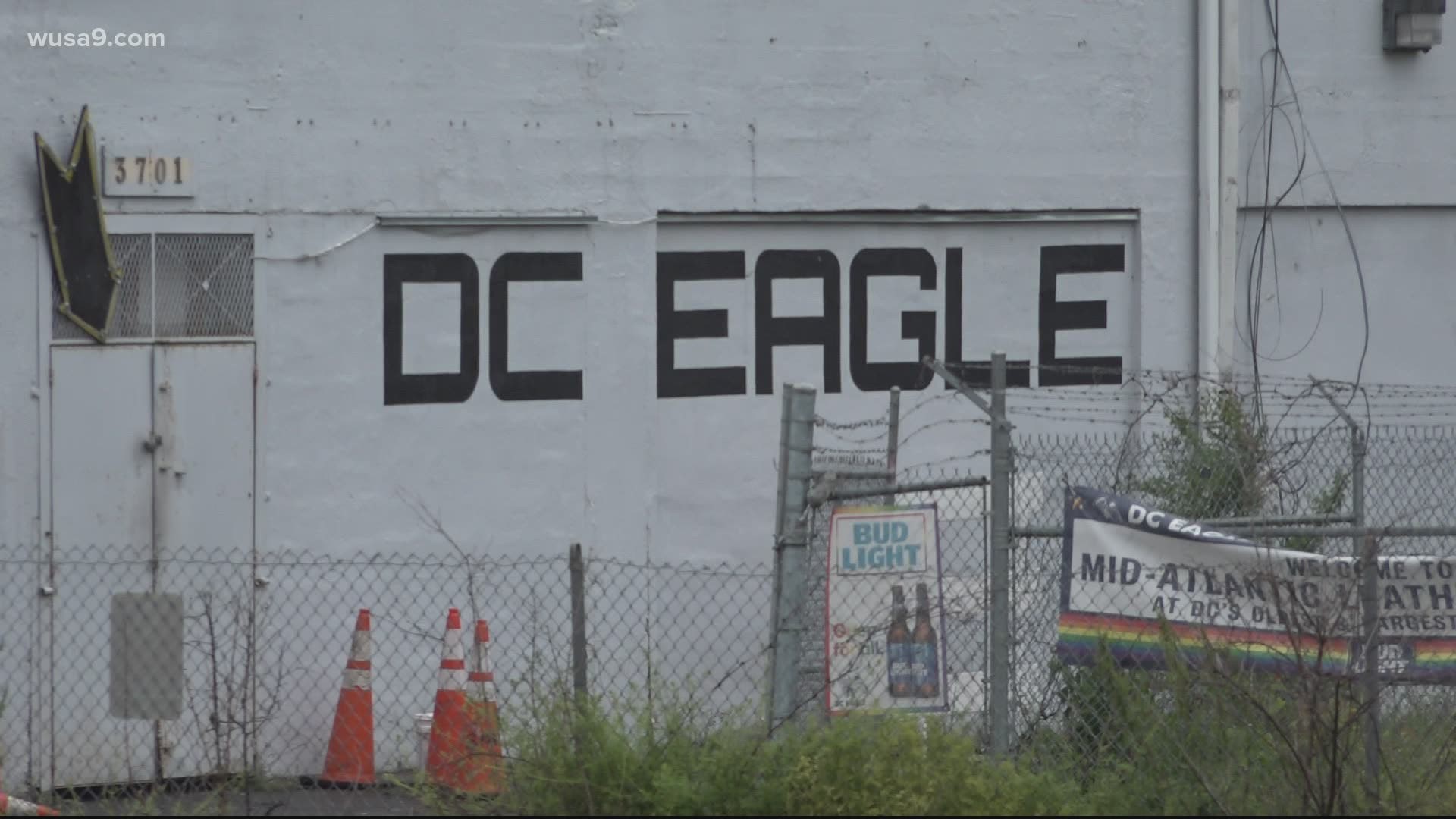 WASHINGTON — Two longstanding gay bars in the District have announced this week they are closing their doors permanently.

DC Eagle, a historic gay leather bar, made the announcement of their closure at a virtual meeting with employees on Monday. The building, located at 3701 Benning Road NE, had been sold and employees were told that there were no plans to relocate or reopen the business.

This past November marked the bar’s 48th anniversary of opening, celebrating almost half a decade of serving the LGBTQ community in the District.

'The Eagle' has been temporarily closed since March 15, when the order went into effect for non-essential businesses in D.C. to close due to the coronavirus pandemic. It is unclear if the closing is related to the pandemic.

DC Eagle is the second LGBTQ bar in less than a week to close.

Ziegfeld’s/Secrets, a gay club that’s been a staple in D.C.'s nightlife for nearly 40 years, has also closed its doors for good.

The club’s Facebook page shared the sad news of the closing Friday.

"Ziegfeld's/Secrets regrettably has been forced to close our doors. We all have been honored to bring you the best in entertainment for 40 years, regrettably the option to stay and even have a closing event has been taken from us during this crisis," the post reads. "To the many dancers, drag queen, bartenders, DJs, and support staff over the years thank you for making us one of DC's best venues. Stay safe and healthy. Til next time."

It is not clear if Ziegfeld's closure is directly related to the pandemic, either, but being shut down for several weeks with no revenue certainly didn't help.

Dozens of patrons mourned the bar’s closure on the Facebook post: "Heartbreaking. Thank you all for so many wonderful memories," one comment reads. "Thank you to every member of the Z/S family who made this city such a fun and welcoming place to be. You will be sorely missed," another comment said.

When visiting their website for more information, a heartfelt message is displayed thanking patrons for their years of service.

"Maybe we'll get to it again someday. Be safe and stay healthy," the message reads.

Ziegfeld’s/Secrets is among several gay bars to close in the last few years in the District. Both Town Danceboutique and Cobalt closed their doors in 2018 and 2019 to make way for residential units.

The club owners for Town – under the new name of Town 2.0 – have plans to reopen inside of the former Saint Phillips Baptist Church located at 1001 North Capitol Street NE in the NoMa neighborhood.

According to its alcohol license application, Town 2.0 is planning for an occupancy of more than 500 people and an outdoor sidewalk café.

RELATED: DC coronavirus updates: Neighborhoods in Wards 4 and 5 have the most COVID-19 cases in the city