Tear gas was used on peaceful protesters to clear the streets. The surprise visit came minutes after threatening to use the military to "get control." 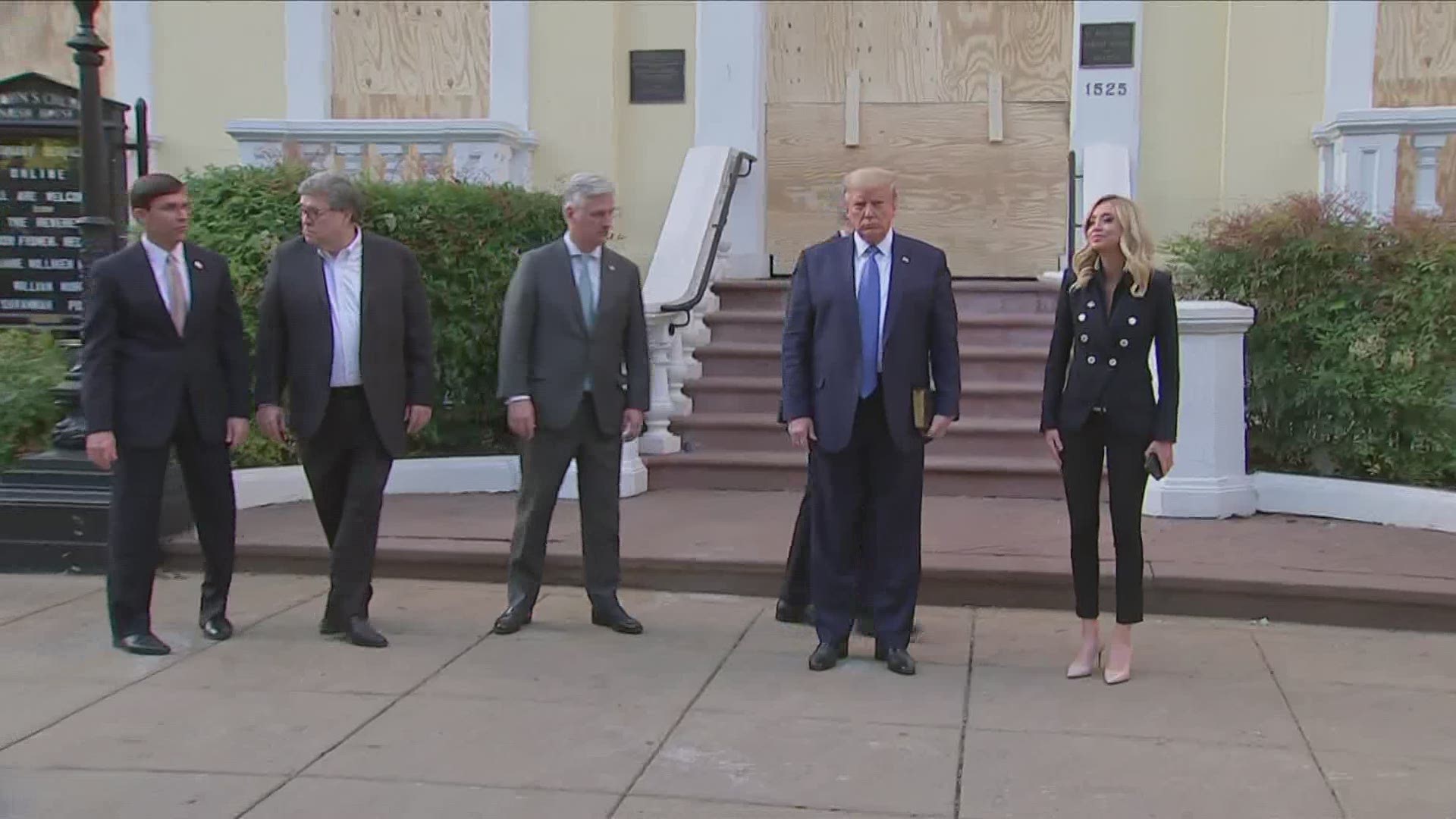 WASHINGTON — Moments after addressing the nation from the Rose Garden amid racial unrest, President Donald Trump left the White House to visit St. John's Church, a 200-year-old parish known as "the church of the presidents." To prepare for the president's surprise visit, a group of peaceful protesters in a nearby park were cleared out using tear gas, the bursts of which could be heard during Trump's address.

WUSA9's Nathan Baca captured the moment on video, showing the crowd of protesters running back away from the tear gas, followed by chants of "hands up, don't shoot."

The visit to St. John’s Church -- where a fire broke out in the nursery during protests Sunday evening-- came minutes after Trump declared himself the "president of law and order" and warned the nation's governors and mayors to get tougher with violent protesters or he would deploy military forces to do so.

"We have a great country, that's my thoughts, the greatest country in the world," Trump said while posing for photos with a Bible. "We will make it even greater, it won't take long. "It's coming back strong, and it will be greater than ever before."

Every president since James Madison has attended a service at St. John’s Church.

"The President just used a Bible and one of the churches of my diocese as a backdrop for a message antithetical to the teachings of Jesus and everything that our church stands for," Mariann Budde, Episcopal Bishop of the Diocese of Washington, said.  "To do so, he sanctioned the use of tear gas by police officers in riot gear to clear the church yard. I am outraged. The President did not pray when he came to St. John’s; nor did he acknowledge the agony and sacred worth of people of color in our nation who rightfully demand an end to 400 years of systemic racism and white supremacy in our country."

Credit: AP
President Donald Trump walks past police in Lafayette Park after he visited outside St. John's Church across from the White House Monday, June 1, 2020, in Washington. Part of the church was set on fire during protests on Sunday night. (AP Photo/Patrick Semansky)

D.C. fire officials confirmed a fire in the basement at St. John's on Sunday. The rector said the fire did not spread, but that the nursery was just a burned-out shell now.  But he told WUSA9's Matt Gregory that he was most concerned that his church be a beacon for anti-racism and good in the world. 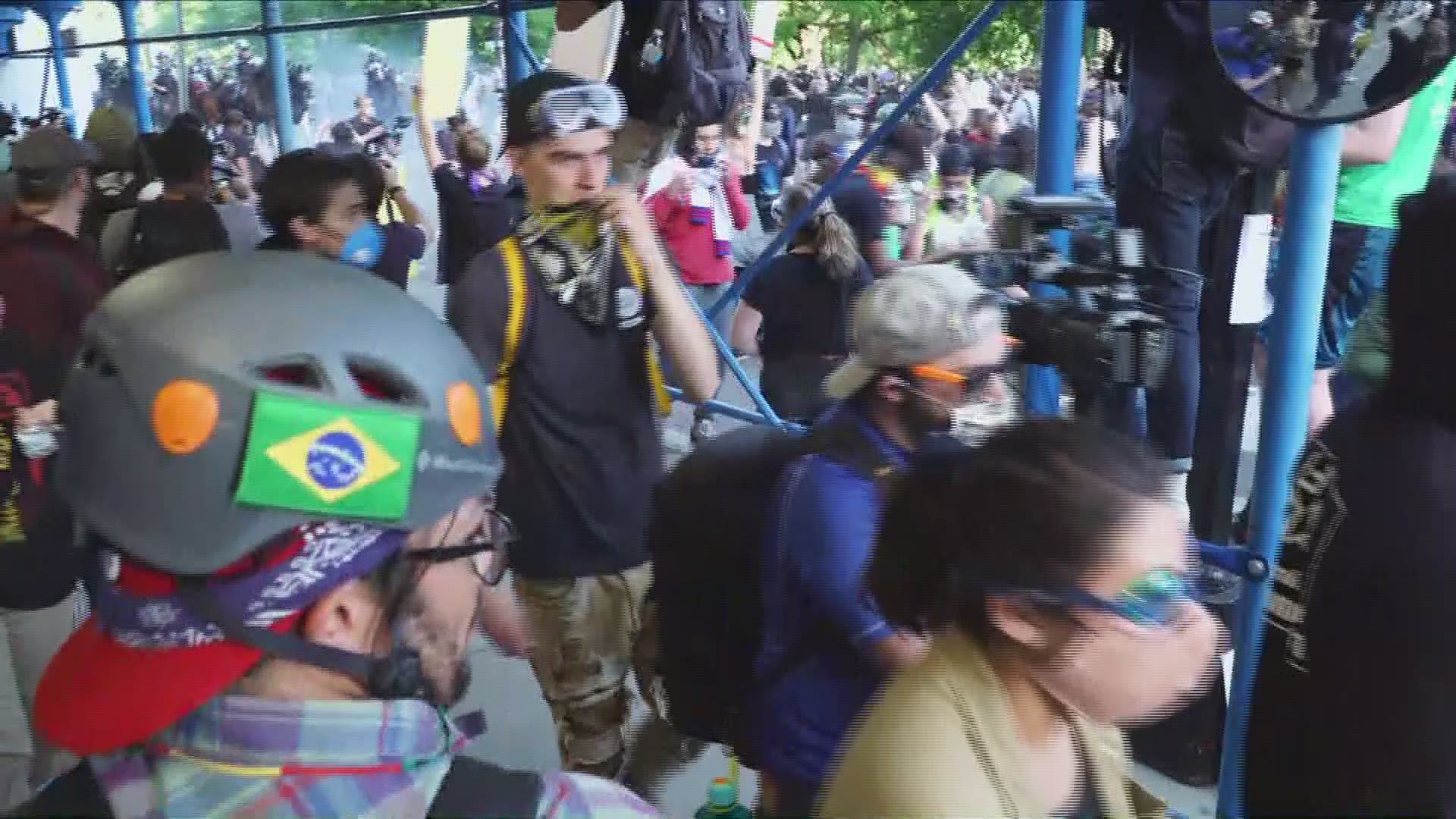