The vehicle on fire was located in the 100 block of Maryland Avenue, Northeast, adjacent to the Supreme Court. 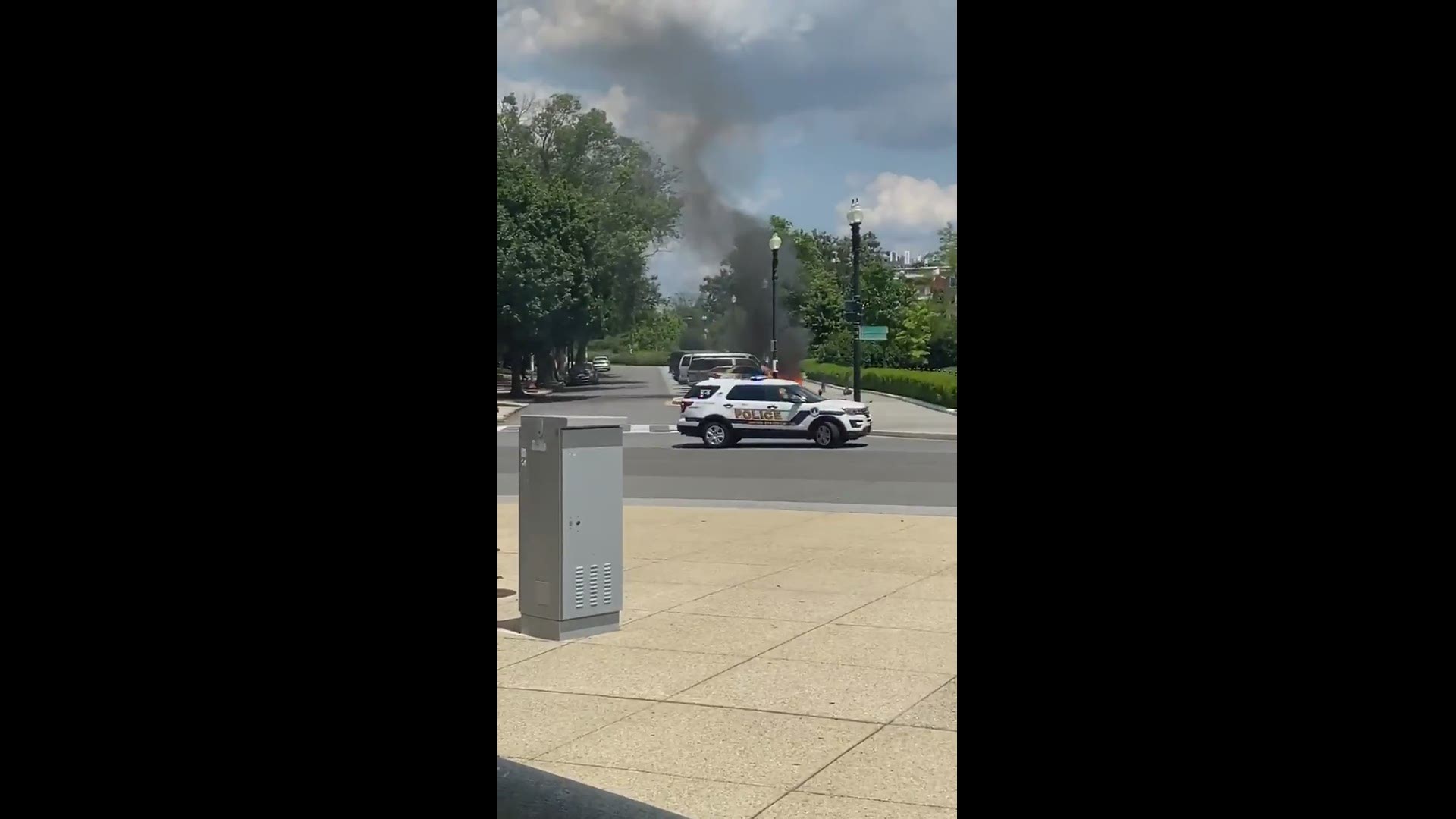 WASHINGTON — DC Fire and EMS reported, along with multiple police departments, responded to a car ablaze outside of the U.S. Supreme Court building in Washington around 1:50 p.m.

The vehicle on fire was located in the 100 block of Maryland Avenue, Northeast, adjacent to the Supreme Court.

The man who reportedly lit the unmarked Supreme Court Police Department vehicle of fire, after he dowsed it with an accelerant, has been taken to a hospital with life-threatening burn injuries, according to officials.

There was also another SCOTUS PD vehicle in the area that was damaged. It's not known if the same man damaged this vehicle too.

"I heard someone shriek and run away right after the fireball caught my eye. I saw a flash but unfortunately didn’t see enough to be able to identify them. The police we gave a statement to did say they had a white man in custody who was burned," said Taylor Jackson, who sent WUSA9 the video of the police car on fire.

US Capitol Police and U.S. Supreme Court Police are the two agencies that are investigating the fire.

DC Police did respond to the fire scene as well, said DC Fire and EMS.

No information has been released on why the man set the car on fire, or if it was a part of a protest toward one or multiple Supreme Court judges.

WUSA9 will continue to update this story as more information is released to our station. 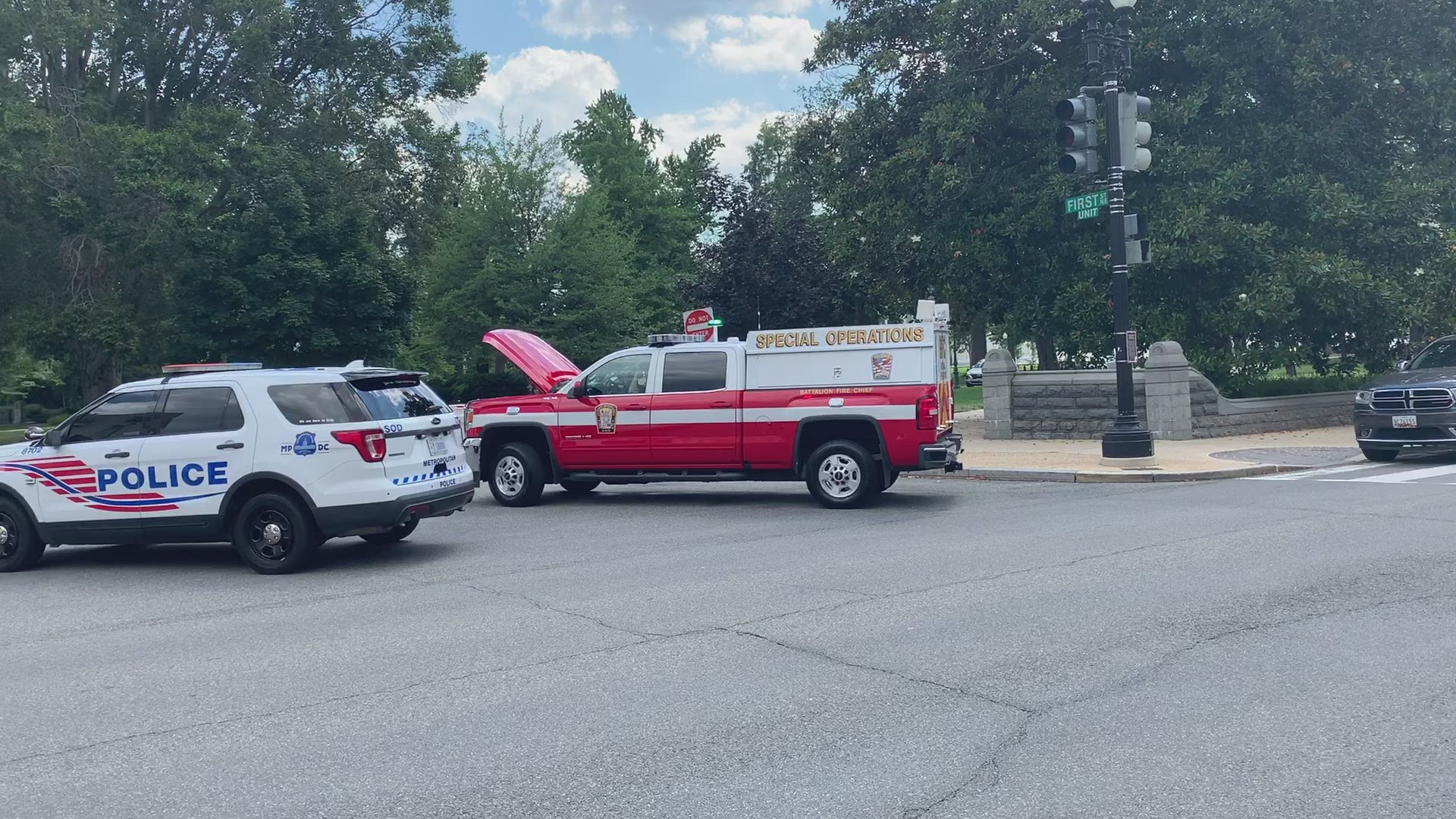 RELATED: How control of Capitol Hill could play out in 2020 election

RELATED: US carries out the 1st federal execution in nearly 2 decades

RELATED: A look at the Trump financial record cases behind the Supreme Court rulings