Organizers are partnering with 45 DC-area chefs to prepare 5-course to-go meals every Sunday in April. 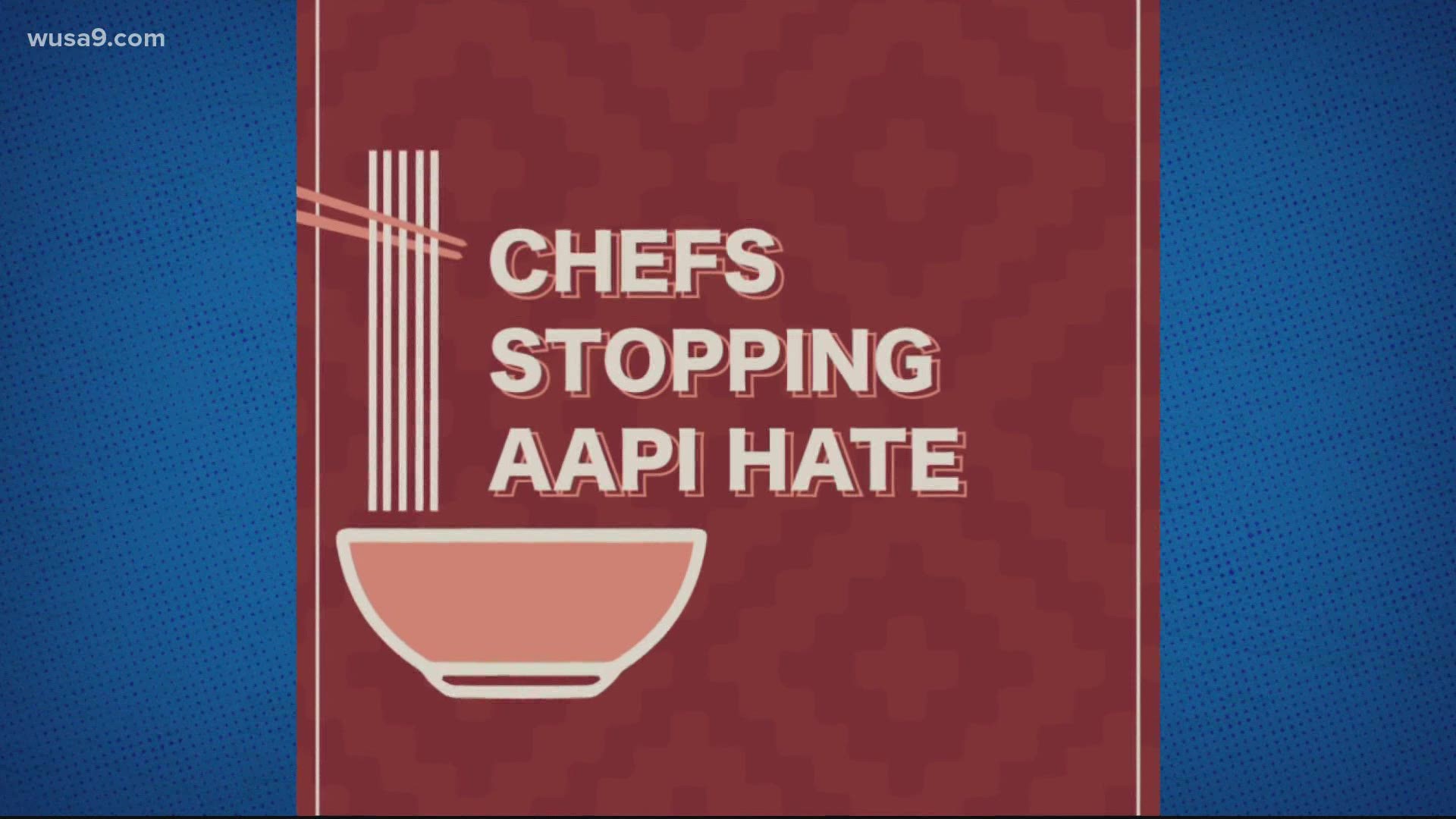 WASHINGTON — A coalition of chefs in the District is stepping up to spread awareness and raise money to end anti-Asian racism.

Chefs Stopping AAPI Hate is launching a series of dining experiences throughout April.

The organizers want to get people talking about the violence against the Asian American community, and the money being raised is to help ensure that this moment creates a lasting impact.

“A lot of people are trying to fight for what’s right,” Chef Kevin Tien, a co-organizer with Chefs Stopping AAPI Hate, said.

He is sick of seeing attacks on Asian people in America.

“I think it has kind of been a roller coaster of emotions.” Chef Tien said.

However, he is turning that sadness and anger into action with the month-long takeout dinner series to fight racism against Asian Americans.

RELATED: From police to chefs, Asian-support initiatives in DC ramp up amid uptick in violence

“I always cook whenever I’m having times of self-doubt or trouble,” Chef Tien told WUSA9. “I find it as a way to do what I do best to help myself. I know this is a good way that I can help others as well.”

Tien is partnering with 45 DC-area chefs to prepare 5-course to-go meals every Sunday in April.

“This is a real problem that has been going on in America for a long time,” Chef Tien recalled.

RELATED: Hate crimes against Asian Americans, Black and Hispanic communities. Here's why they are similar

Chef Tien is Vietnamese-American and said – culturally -- many elders within his community chose to ignore and stay silent on racism against them for years.

The xenophobia is now amplified, many believe, because of rhetoric used during the coronavirus pandemic.

“We can’t do that anymore. For me – the more you speak out about it or the more you don’t do anything about it, the worst it’s going to get,” Chef Tien said.

DC Mayor Muriel Bowser’s administration announced it is donating $10,000 to support this effort.

Others in the area can also back what the group is doing by ordering meals online from Chefs Stopping AAPI Hate.

The meals can be picked up every Sunday in April at the Moon Rabbit restaurant at the District Wharf.