Faith leaders at St. John's Church in DC are 'outraged' at Trump's photo op with bible in front of church 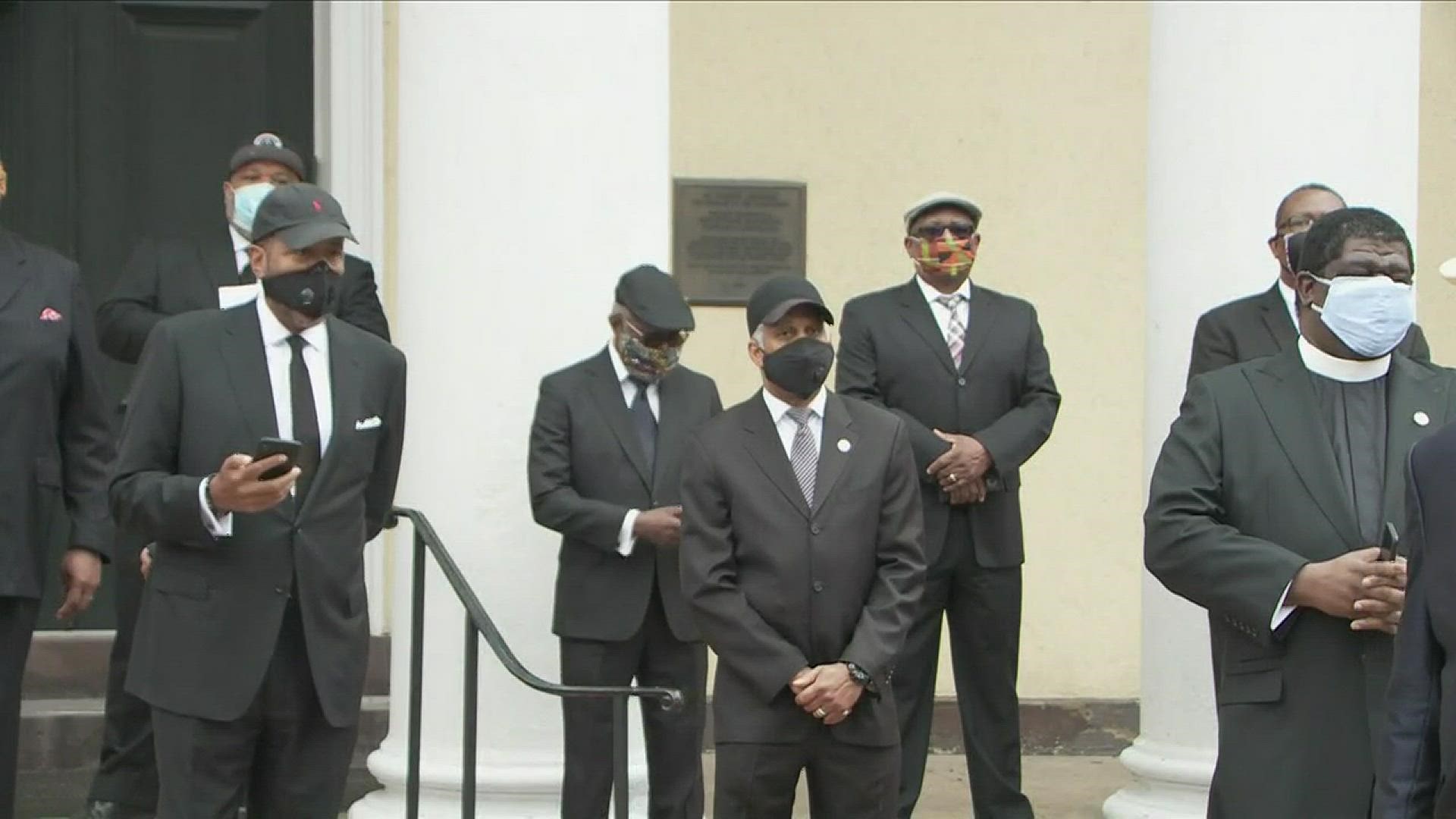 WASHINGTON — African American faith leaders spoke in front of the historic St. John's Episcopal Church in Washington, D.C. to respond to President Donald Trump's actions during "Justice for George Floyd" protests around the city and country.

During a news conference on Tuesday, officials from St. John's expressed their frustrations and hurt towards the president's decision to take a photo op with an "upside-down" bible in front of the place of worship Monday evening.

Leaders believe Trump has shown a lack of concern towards the killings of George Floyd in Minneapolis, Breonna Taylor in Louisville, and Ahmaud Arbery in Georgia. They said Trump is "representing everything that we are out here protesting about." They shared the message that they believe the African American community is under attack from racist police and the Amy Cooper's of the world who are using their white privilege to bring harm to black people.

Leaders also said that they do not agree with the president's decision to invoke "military-like efforts" toward protesters.

"Protesters are not alone, the church is standing with them. We will lay in the streets of the District of Columbia until all the justice is done," said one of the faith officials.

Faith leaders are calling on Trump to uplift the country instead of dividing people. They are also asking members of all groups, including the NRA, to stand up and join the fight against injustice.

The group of officials ended the news conference singing "We Shall Overcome." 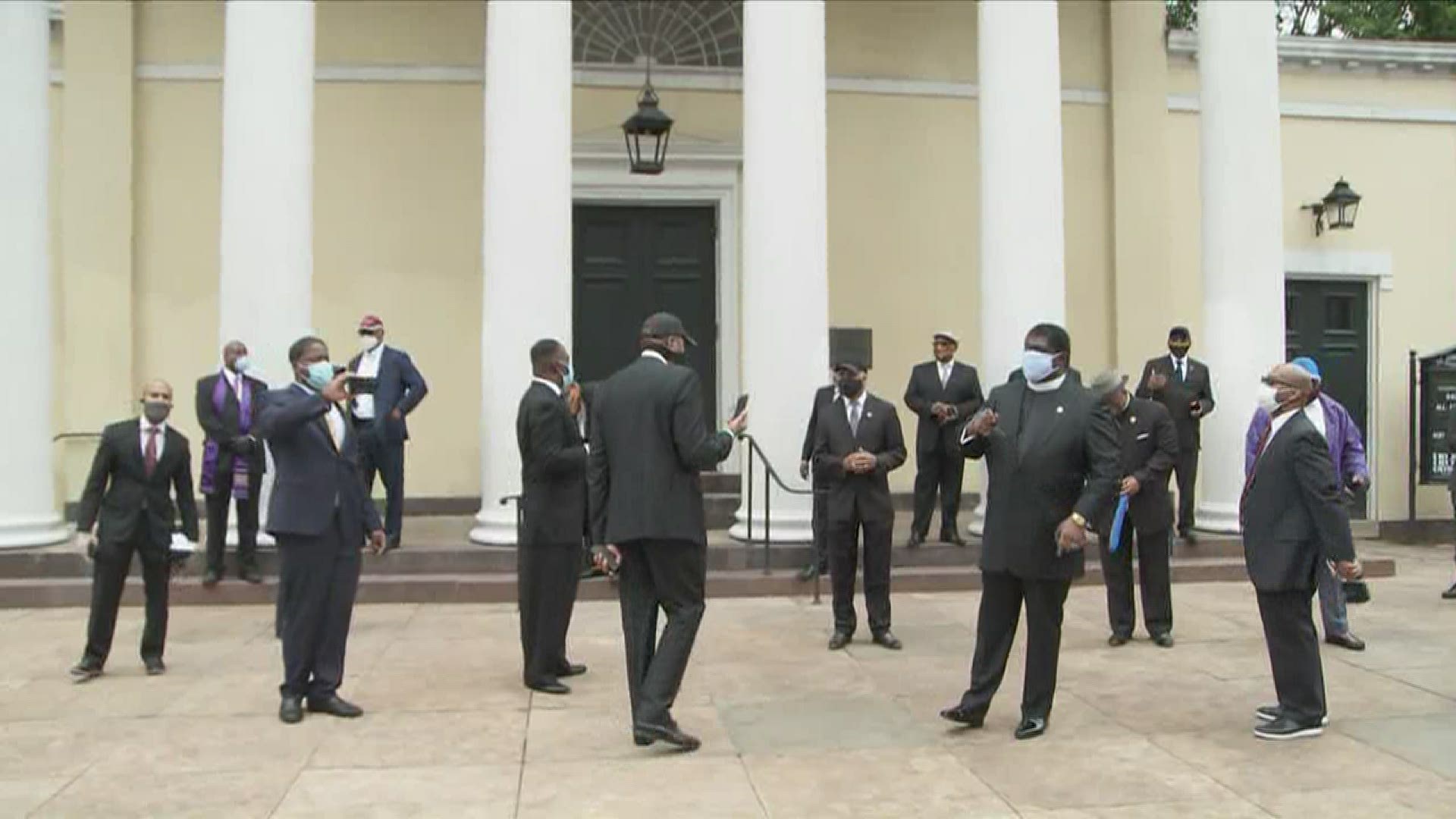 After Trump addressed the country from the Rose Garden amid protests across the country, he left the White House to visit St. John's Church, a 200-year-old parish known as "the church of the presidents." To prepare for the president's surprise visit, a group of peaceful protesters in a nearby park were cleared out using tear gas, the bursts of which could be heard during Trump's address.

Moments later it was reported the president stood outside of the church with a bible in-hand, taking a picture.

Protesters have been taking the streets of D.C. near the White House since Friday night calling for justice after the killing of George Floyd in Minneapolis.

Protests erupted nationwide days after Floyd’s death calling for the arrests of all the officers involved after a Memorial Day viral video showed Floyd being pinned down by his neck by then-Minneapolis police officer Derek Chauvin. Floyd, who is repeatedly heard in the video saying he can't breathe and asking for Chauvin to get off his neck, died that day.

D.C. was among cities across the nation who held protests demanding the remaining three officers involved in Floyd's death to be arrested and charged.

RELATED: Is this the beginning or the ending? Trump poses for photo op during protests | Reese's Final Thought