In October, Mayor Muriel Bowser announced Benjamin Banneker Academic High School would relocate into a new building at the site of the old Shaw Junior High School, along Rhode Island Avenue, by 2021. 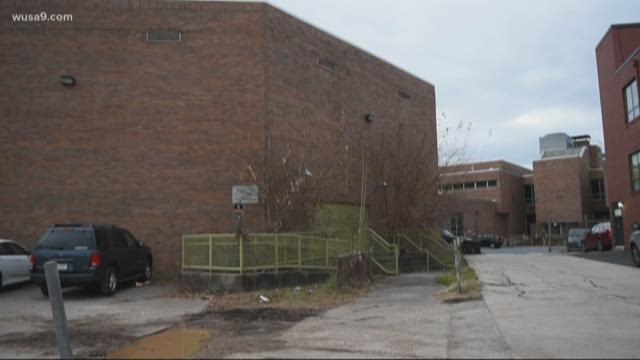 WASHINGTON -- A D.C. high school with an historic past will soon get a new building in the heart of the city, but not without some controversy.

In October, Mayor Muriel Bowser announced Benjamin Banneker Academic High School would relocate into a new building at the site of the old Shaw Junior High School, along Rhode Island Avenue, by 2021.

The move has been applauded by students and parents from the Banneker High School community who say their current school building is too old.

"At Banneker, with our building being so old, we suffer from extremely cold winters and just about everyone gets sick," said Banneker student Diavionne Newell during a November hearing at the Wilson Building.

Bowser also said the move will help to increase Banneker's capacity by 300 students.

"Families and students are succeeding at Benjamin Banneker Academic High School, and, now, we are proud to take this step toward increasing access to a highly sought-after program," Bowser said in a past statement.

However, many parents in the Shaw neighborhood are disappointed with the decision. The center city neighborhood has long pushed for a standalone middle school to be built at the Shaw Junior High School site.

Suki Lucier is the PTO president at Seaton Elementary School in the Shaw neighborhood. She is also the mother to a second grader at Seaton.

Lucier said she is worried about what the future holds for her son.

"There isn't necessarily a clear path to middle school for some of our families," she said.

Lucier said one big concern Shaw parents have is that the sense of community families have at their current elementary schools get broken up by the time their children hit middle school age. She said due to DCPS' feeder patterns, many families and students are unnecessarily separated.

If Lucier's son were to continue in the DCPS school system, he would attend the Cardozo Education Campus. However, that building is a bit far for the Lucier family's tastes.

While Shaw does not have a standalone middle school, Lucier said her concerns are similar to the uncertainty many families face about sending their children to a public middle school in DC.

Joe Weedon, a D.C. State Board of Education member, has two kids in DCPS middle schools.

He agreed with Lucier on the issue of feeder patterns.

"I believe the more that we can keep families and communities together and having clear pathways to graduation, at least through middle school, the better our kids are going to do," Weedon said.

But, he added that DCPS middle schools also have to struggle with having a poor reputation. He said many parents take their children out of DCPS, before middle school, to place their kids in private or charter schools that they feel more comfortable with.

"There's a lot of issues," Weedon said. "Parents don't have faith that DCPS public middle schools have the academic rigor that they need."

In 2017, DCPS conducted a stakeholder survey to see how students and parents felt about their experience within the school district.

Seventy-five percent of middle school students said they were satisfied with their schools in the survey.

DCPS Interim Chancellor Dr. Amanda Alexander said she would like to see that number be closer to 100, however, she said she is happy with the state of DCPS middle schools so far.

"A lot of progress is being made at the middle grades in DCPS," she said.

"Enrollment is actually up 12 percent in our middle schools," Alexander said. "So, I think that speaks to the confidence that people have in our schools."

DCPS took over the failed Excel Academy charter school in 2018. However, Alexander said DCPS' preliminary enrollment data shows its middle school numbers would have grown even if the Excel Academy had not become a part of the school system.

As for the possibility of a new Shaw middle school, Alexander says there are no plans to open up a new middle school on the old Shaw Junior High School site. However, she said she wanted to invite the Shaw neighborhood to talk to with DCPS officials during several engagement meetings slated to take place later this winter.