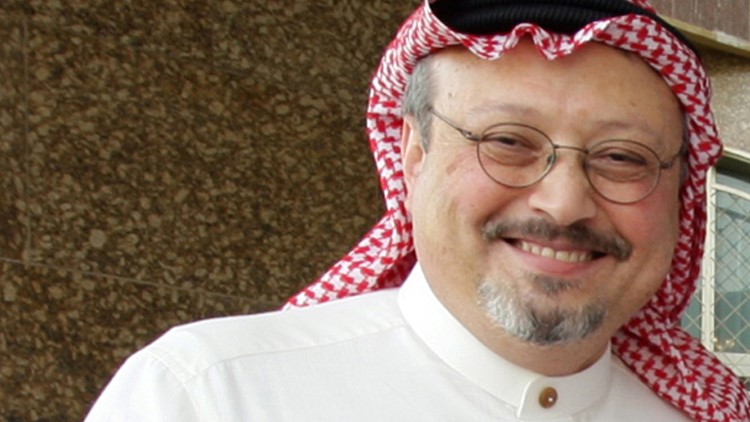 WASHINGTON -- Two ANC commissioners are calling for the street in front of the Saudi Embassy to be ceremoniously designated “Jamal Khashoggi Way.”

It passed unanimously and will now go onto the D.C. City Council for adoption in the new Council session in 2019.

The resolution is addressed to Councilmember Jack Evans, who represents Ward 2.

According to the resolution, the symbolic name would be on the “east side of New Hampshire Avenue, N.W., between F Street, N.W., and Juarez Circle, N.W., in Ward 2.”

Harnett says he was inspired to call for the change by a Change.org petition, circulated by a member of the American Enterprise Institute and a member of the Center for American Progress, that asked for the ceremonial renaming. They wrote on the petition that the change would be a “daily reminder to Saudi officials that such behavior is totally unacceptable and as an expression of Washington's unstinting support for freedom of the press.”

Harnett also brought up the ceremonial naming of a street in front of the Russian embassy. Boris Nemtsov Plaza was named in February, after a Putin critic was who murdered in 2015.

“The purpose of ceremonial street names is to honor victims,” Harnett said, adding that, in these cases, they are often dissidents of their country.

Khashoggi’s writing was often critical of the crown prince.

In mid-November, the White House released a statement that they will not further sanction Saudi Arabia following the death of Khashoggi, citing the financial contributions Saudi Arabia has made to the United States.

RELATED: ‘Maybe he did and maybe he didn’t!’ Trump says US will stand by Saudis despite Khashoggi murder

“The issue is that the council session ends on January 2nd,” Harnett said over the phone on Monday. He anticipates that it will not be voted on until the next legislative session and says he believes the process will take six months to a year.

Nonetheless, he says the Foggy Bottom area, which is full of George Washington University students, feels the ceremonial renaming is important to the community.

Harnett said they are people “who want to be involved, and report facts around the world.”

“This is a career that people choose,” Harnett said of journalism, adding that when news of Khashoggi’s death came out, a lot of students were scared. “It was a cause of concern that hung over students,” he said.

However, Harnett explains, the push for the ceremonial name to be added to the street provides hope for him and others in the area. “In the limited arsenal of what we have to change the world…this feels appropriate,” he said.

Per D.C. Code, a symbolic name, such as Boris Nemtsov Plaza, is an additional name to the street already and “is subordinate to its official name.”