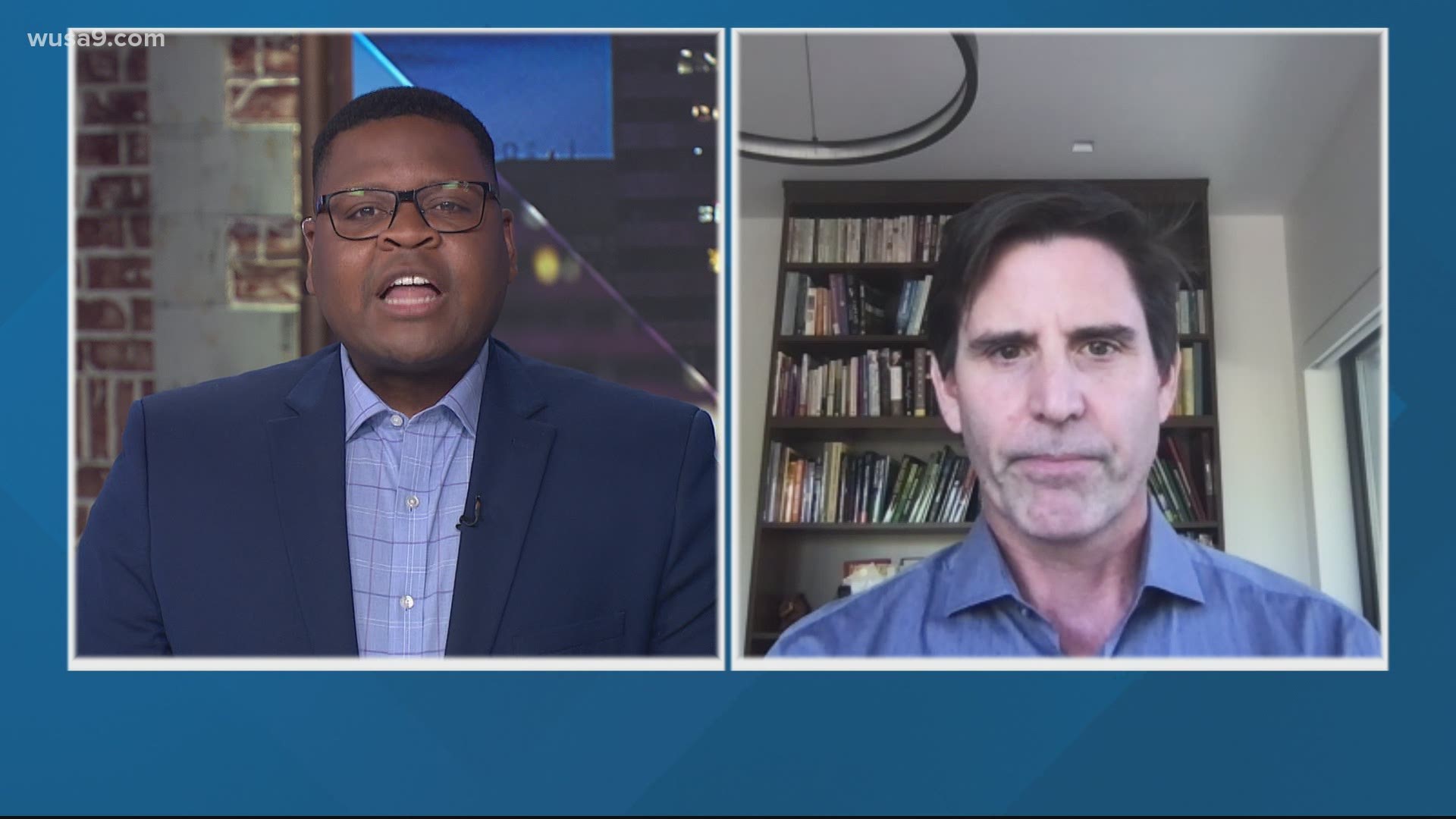 WASHINGTON — Dozens of protesters have gathered on Earth Day to dump mounds of cow poop at the White House in response to the Biden Administration's climate plan.

Protesters with the group, Extinction Rebellion D.C., took the streets of D.C. and packed cow manure in pink wheelbarrows near Rawlins Park Thursday morning. They said their plan was to dump the manure at the eastern entrance of the White House.

Extinction Rebellion D.C. said their call to action is to bring attention to "Biden's Bulls**t Climate Plan." They are demanding that President Joe Biden declare a climate and ecological emergency under the National Emergencies Act and set a net-zero emissions target of 2025.

Biden's commitment to cut U.S. fossil fuel emissions up to 52% by 2030 — similar to pledges from allies — will come at the launch Thursday of an all-virtual climate summit for 40 world leaders, marking a return by the U.S. to global climate efforts after four years of withdrawal under President Donald Trump.

The new urgency comes as scientists say that climate change caused by coal plants, car engines and other fossil fuel use is already worsening droughts, floods, hurricanes, wildfires and other disasters and that humans are running out of time to stave off most catastrophic extremes of global warming.

"Net-zero by 2030 and other not in my term of office scams are far too little, far too late," said Reilly Polka, a spokesperson for Extinction Rebellion. "Biden is punting the crisis to future generations with targets that rely on unproven technologies sucking carbon out of the atmosphere. This is a massive gamble to take when the well-being of the human species and the richness of life on earth is at stake. If he cared he'd set targets that expire while he's still in office. We can't keep waiting, we need change now," the group said in a statement.

The group said in a statement that if Biden does not meet their demands they plan to continue "acts of non-violent civil disobedience."

Biden is set to open a global climate summit Thursday with a pledge to cut at least in half the climate-wrecking coal and petroleum fumes that the U.S. pumps out, a commitment he hopes will spur China and other big polluters to speed up efforts of their own.