Nearly 90% of people arrested for riot crimes and vandalism are from DMV, police say

Some officials have blamed violence and rioting nationwide on outside groups, but in D.C., we found those arrested are mostly locals or from Va. or Md. 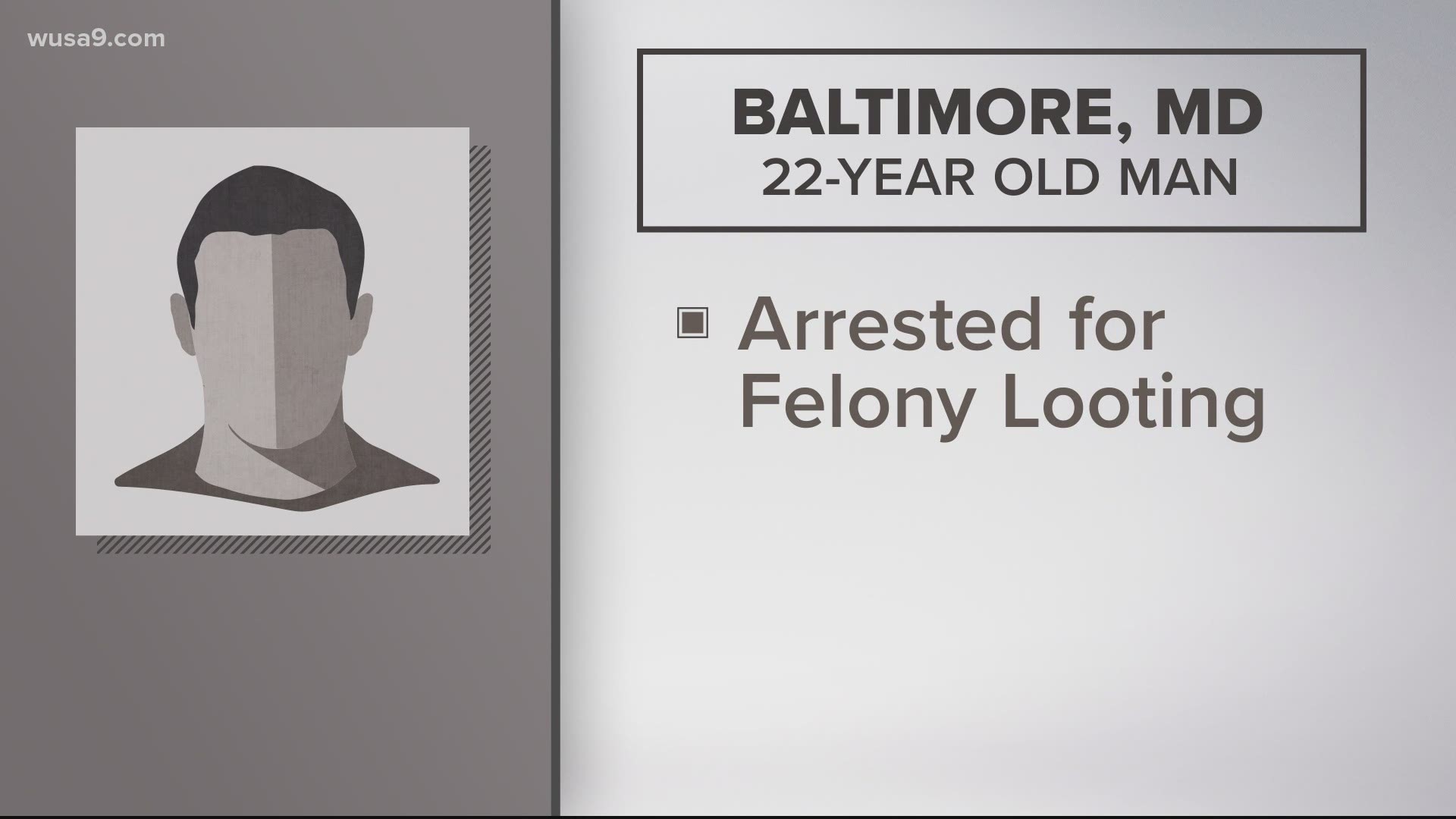 WASHINGTON — UPDATE TO THIS STORY:

Since the work done by WUSA9's Erick Flack and Jordan Fisher, numbers still show a large number of those arrested for riot-related crimes or violence that followed some peaceful protests are from D.C. or the area around the city.

In new numbers released Monday by D.C. Police on the 430 charged during unrest amid protests over the last week, show that 45% of the people who were arrested are from D.C., 31% are from Maryland and 13% percent are from Virginia. A small percentage are from other parts of the U.S., or it is not known where they are from.

The vast majority of people arrested in connection with Saturday and Sunday nights' protests in the District of Columbia listed residences within 20 miles of the city – contrasting with claims by President Donald Trump and others that ongoing demonstrations across the country have been fueled by outside agitators.

WUSA9 identified at least 104 arrests between Friday night and Monday morning with links to the weekend's demonstrations. Many of the names were part of a release by MPD, but WUSA9 also reviewed the department's daily arrest blogs to find protest-related arrests.

The protests in D.C. were among several in the area calling for justice for George Floyd, the black Minneapolis man killed by a white police officer. The officer is seen on video kneeling on Floyd's neck, Derek Chauvin, has now been charged with third-degree murder and second-degree manslaughter in Floyd's death.

RELATED: Virginia delegate struck by flash-bang during face-off with police at Manassas protest

President Trump, Attorney General Bill Barr and others have been quick to claim, without evidence, that rioting and looting that has erupted from the ensuing protests has been the work of outside agitators – but WUSA9's review of arrest records shows that, at least in D.C., that's not the case.

Only one person arrested over the weekend, a 29-year-old man from North Carolina, listed an address outside of either D.C., Maryland or Virginia.

Credit: WUSA9
Hundreds are peacefully protesting near the White House on the fifth day of #JusticeforGeorgeFloyd protests.

A quarter of the arrests listed no residence or residences outside the D.C. metro. Among them was a 22-year-old Baltimore man, who is accused of looting a Gucci store with two others, and a North Carolina man accused of assault. But these out-of-towners aren't accused of committing any more serious crimes than locals.

Of the 34 people accused of burglary over the weekend, for example, only three said they were from outside of the D.C. area. And of the 55 people arrested for felony looting and/or felony rioting, only eight – about 15% – said they didn't live in the D.C. metro.

Out of all 104 arrests, WUSA9 was able to find a single person who does appear, by his own description on social media, to fit the bill of an "outside agitator."

Legba Carrefour, a 40-year-old from Annandale, Virginia, was arrested early Sunday morning on a preliminary charge of destruction of property. On his Twitter page, he identifies himself as "a rather glam anarchist who organizes a metric (expletive) of protests.” In a 2017 Washington Post article, Carrefour said he was an organizer of "DisruptJ20," a group that planned a series of demonstrations on Inauguration Day 2016.

WUSA9 reached out to Carrefour on Tuesday afternoon for comment about his arrest. He did not immediately respond.

In addition to those arrested, MPD has surveillance video in at least 10 other burglaries related to the weekends' protests and is still searching for those suspects.

On Wednesday, MPD Chief Peter Newsham said an additional 288 people had been arrested during Monday night's protests – mostly for curfew violations. Adding those arrests to the total, Newsham said more than 90% of arrested protesters have come from either D.C. (41%), Maryland (35%) or Virginia (14%). The remainder are either from another state or had no address listed.

More: @DCPoliceDept Chief Newsham says 41% of people arrested are from DC; 35% are from MD; 14% are from VA. The others are from other states or have no fixed address @wusa9