It's the last day to visit the Newseum, but is it moving to a new location?

The Newseum is still looking for a new location, and Oklahoma's Lt. Governor says moving the museum to Oklahoma would be a 'no-brainer.' 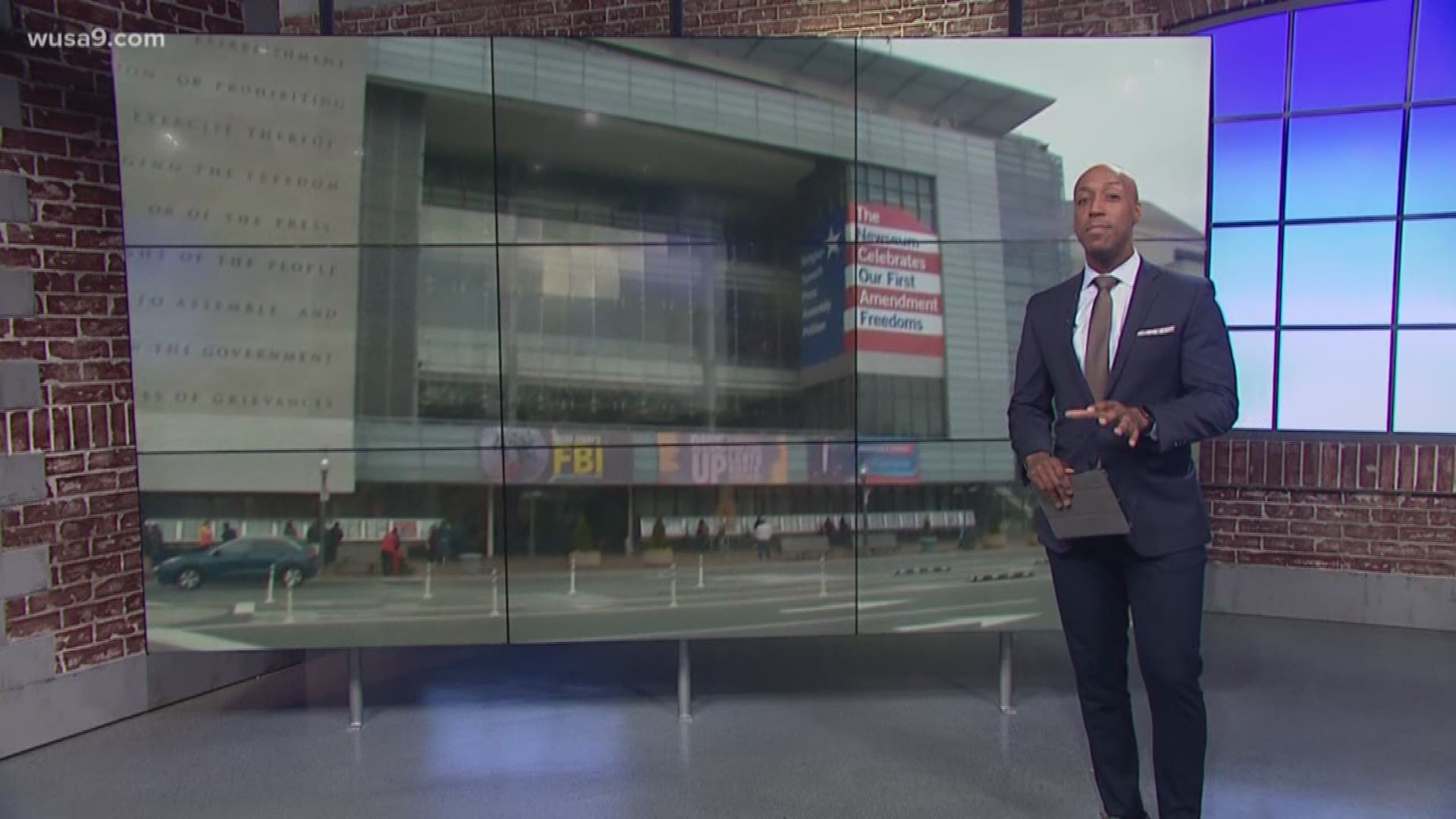 WASHINGTON — While the last day to visit the Newseum is Dec. 31, the Newseum said it's not abandoning its search for a new location. In fact, Oklahoma's Lt. Governor said he has a the perfect place to relocate.

In January, the Newseum said it was selling its building at 555 Pennsylvania Avenue to Johns Hopkins University for $372.5 million. At the time, the Newseum’s board of trustees said the sale was necessary because of the museum’s “unsustainable operating costs.”

"This was a difficult decision, but it was the responsible one," Jan Neuharth, chair and CEO of the Freedom Forum – the creator and primary funder of the Newseum said. "We remain committed to continuing our programs – in a financially sustainable way – to champion the five freedoms of the First Amendment and to increase public awareness about the importance of a free and fair press."

RELATED: 14 journalists who died in line of duty in 2016 recognized

The Newseum also said it planned to continue its mission through digital outreach, traveling exhibits, web-based programs in schools and “hopefully in a new physical home in the area.”

In October, the museum made a new post again saying it would close at the end of the year – but without mentioning the search for a new location.

WUSA9 reached out to the Newseum, which said in a statement that it is still seeking a permanent new home, as well as temporary office space.

"The Newseum is open through 2019 and we encourage everyone to visit,” Sonya Gavankar, director of public relations for the Newseum, wrote in an email to WUSA9. "We hope to find a suitable location that can serve as the Newseum’s next home but that process will take time. The Freedom Forum has begun the search for temporary office space that will enable the organization to continue its mission to champion the five freedoms of the First Amendment while it transitions out of 555 Pennsylvania Avenue."

The Freedom Forum contracted with Savills in May to conduct its search for new temporary office space in downtown D.C.

The State Capitol Publishing company building was built back in 1902 and the Lt. Governor Matt Pinnell said moving the museum to Oklahoma would be a "no-brainer," according to CBS.

The Lt. Governor said he is actively seeking out Newseum leadership to start the conversation.

Pinnell pointed out the building was once home to the largest printing house west of the Mississippi river.

"Housing an important museum like the Newseum in the middle of the country where it can thrive without the competition of the countless museums in our nation's capital is a no brainer," he said.

The Newseum has an extensive permanent collection of historic artifacts and newspapers – including publications going back hundreds of years and the most comprehensive collection of Pulitzer Prize-winning photographs in the world. The organization has said not how it intends to house the collections while it searches for new space, but has promised to be “responsible stewards” of the materials.

Johns Hopkins University says it plans to turn the Newseum building into the new home of its School of Advanced International Studies, which is currently housed on Embassy Row in Dupont Circle.

"Acquiring this iconic property in the heart of the nation’s capital will represent a transformative moment for Johns Hopkins University and place our research and expertise in the midst of national and global decision-making,” the university said in a statement. "This new location will allow us to consolidate and expand our Washington, D.C., academic facilities into a single state-of-the-art building – a world-class academic space that can be optimized for current and future research, education and engagement."