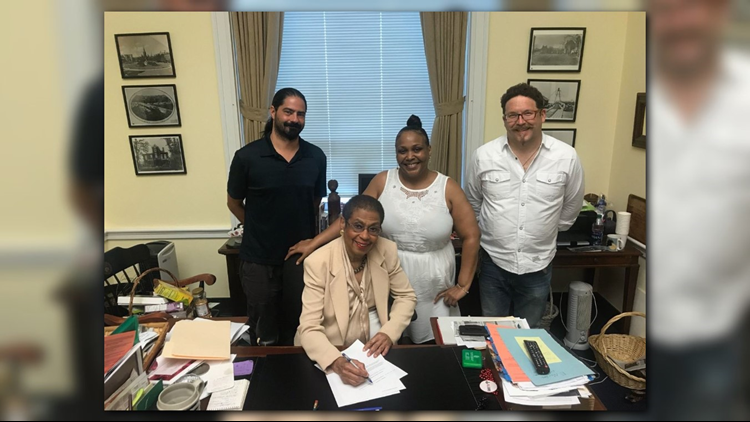 WASHINGTON -- D.C. Congresswoman Eleanor Holmes Norton introduced a bill Tuesday morning to permit the use of marijuana for federally assisted housing where it is already legal, for medical or recreational purposes.

Norton named the bill the "Sondra Battle Cannabis Fair Use Act" after Sondra Battle, a D.C. resident who lives in Section 8 housing and is prescribed cannabis to treat her fibromyalgia. Battle signed the bill with Norton in support.

“Residents like Sondra should not fear eviction from federally-assisted housing simply for using cannabis to treat their medical conditions," Norton said in a press release. "Our bill recognized today’s realities and proven needs. Individuals who live in states where medical and/or recreational marijuana is legal, but live in federally-assisted housing, should have the same access to treatment as their neighbors.”

Under Norton’s bill, smoking marijuana would be treated the same as smoking tobacco in federally-assisted housing.