Roya Giordano is a mom on a mission. She won't give up until the president lights the White House gold. It's all to bring awareness to childhood cancer. 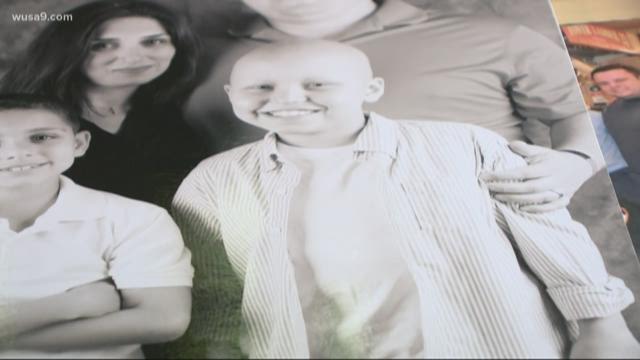 It is rare when the White House is lit up in honor of a cause, but it does happen.

It was lit up blue for Autism Awareness by the Trump administration.

It was lit up rainbow to celebrate the Supreme Court's gay marriage decision by the Obama administration.

Now, there's a local mom who wants to see it lit up in gold in honor of her son.

Roya Giordano is a mom on a mission. She won't give up until the president lights the White House gold. It's all to bring awareness to childhood cancer. She's doing this for her son, Mathias, and for so many children she's never even met.

Giordano remembers the worst day of her life, when her oldest son Mathias was diagnosed with pediatric cancer.

"The anniversary of his diagnosis was this week, six years ago. So, I keep reliving how we found out. And how we started this fight," she said. "He didn't give up like even when he didn't know what it was, he was trying to be positive. So that's my inspiration."

Mathias was given four months to live. He lived for 29 months. He passed away in December 2014 at age 13.

Giordano has tirelessly advocated on behalf of children with childhood cancer ever since, and has strived every day to make a difference. Her latest fight: a petition to get President Trump to light the White House gold for Childhood Cancer Awareness month in September.

Giordano said this is a chance for the president to do something his predecessors never did.

"A lot of those kids who started this in 2011, 2012, for the White House to go gold, Obama never did it, they are long gone, they didn't live. I'm begging our President to go gold this year," she said. "He will be the first one."

It was Mathias' idea to give kids fighting cancer personalized care packages, and Giordano carries his mission on to this day.