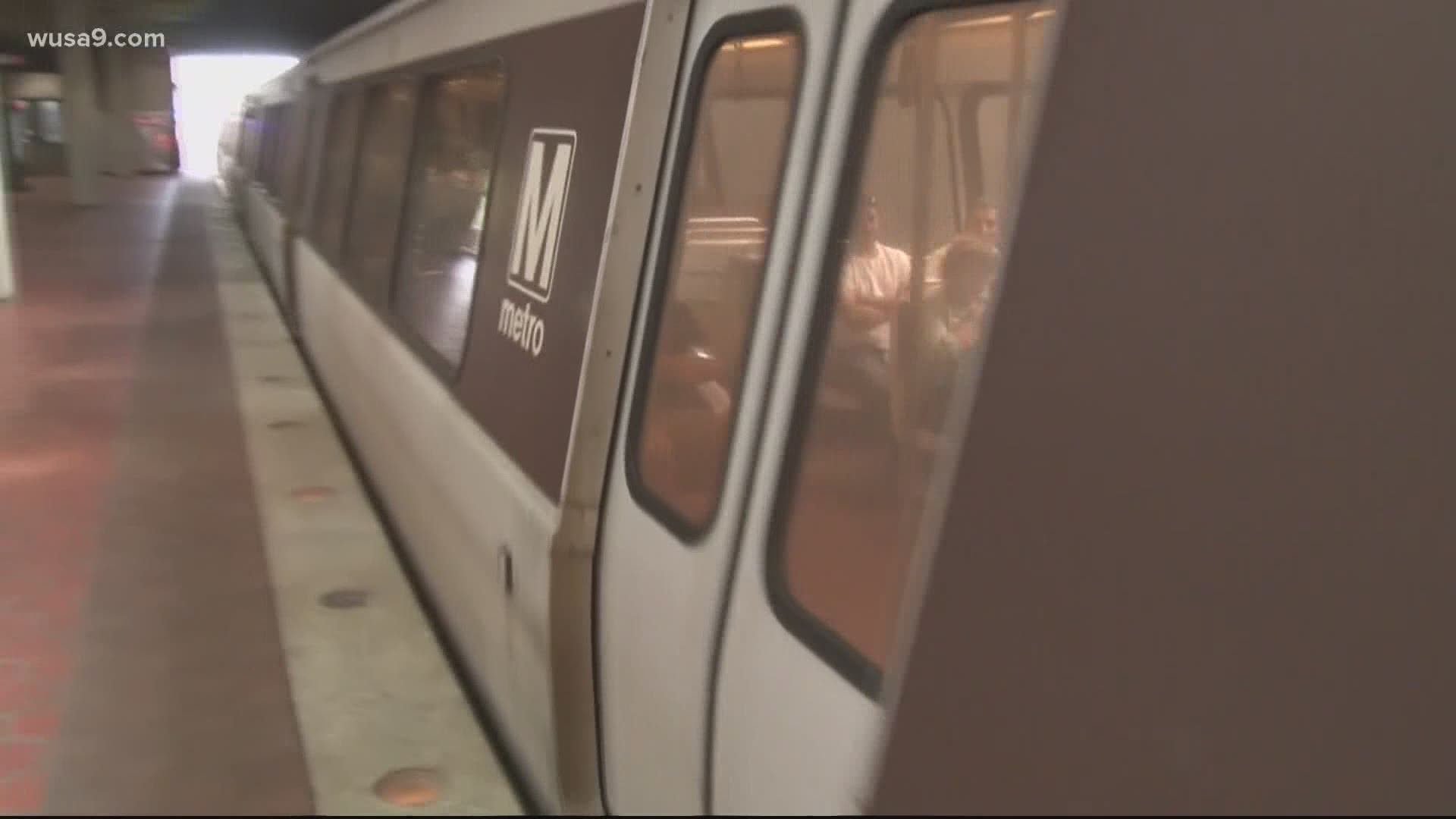 WASHINGTON — Local riders should not expect to see changes to Metro service this year, according to the Washington Metropolitan Area Transit Authority.

In a statement, Metro Board of Directors Chair Paul Smedberg said the transit agency expects it will be able to put off service cuts and layoffs it had proposed in its fiscal year 2022 budget.

"Congress has once again stepped up to address the needs of Metro and the regional transit systems that will be critical to our region's economic recovery," he said.

WMATA had floated possibly closing 22 rail stations across the D.C. region prior to Wednesday’s announcement.

"While it will take more time to work out all the details, including Metro's exact share of this funding, the $1.4 billion provided by the American Recovery Plan for our region's transit agencies will allow us to avert the painful service reductions and layoffs that were on the table,” Smedberg said.

This relief would not have been possible without the tireless work of our Congressional Delegation fighting for transit riders and workers.

In January, WMATA said it expected to receive $610 million in federal aid from the Coronavirus Response and Relief Supplemental Appropriations Act signed in December. While the agency expected money from that package to help prevent cuts in fiscal years 2021 and 2022, Metro General Manager and CEO Paul Wiedefeld said at the time it would likely not be enough to stop cuts in the future altogether.

"We are far from out of the woods, without sufficient revenue to cover all of next fiscal year," he said. "While the choices may not be quite as severe, there is still enormous financial pressure on our funding jurisdictions, and ridership and revenue is likely to return very gradually, so we have tough choices still ahead."

The Cleveland Park rail station was one of the stops Metro leaders considered closing in the future.

Fink said he was happy to see the station avoid that fate as it's used by many National Zoo attendees and local retail and food service workers.

“What's even more important is that for the future of our city, it's a key component to helping to improve workforce housing in upper Northwest,” he said. “That area of Woodley Park is ripe for high density development and providing opportunities for people to live in upper Northwest and help close some of the equity gaps in our city.”

WMATA still does not know just how many riders will use its services after the pandemic. It says ridership is currently down 90%.

Fink said he believes WMATA is always going to have funding challenges, but despite that, he adds he believe its situation will still improve.

“I think visitors coming to upper Northwest will gradually increase as we move forward,” he said.