DeJoy, a donor and fundraiser of President Trump's during the 2016 Presidenttial election, assumed the position of USPS Postmaster General on June 15. 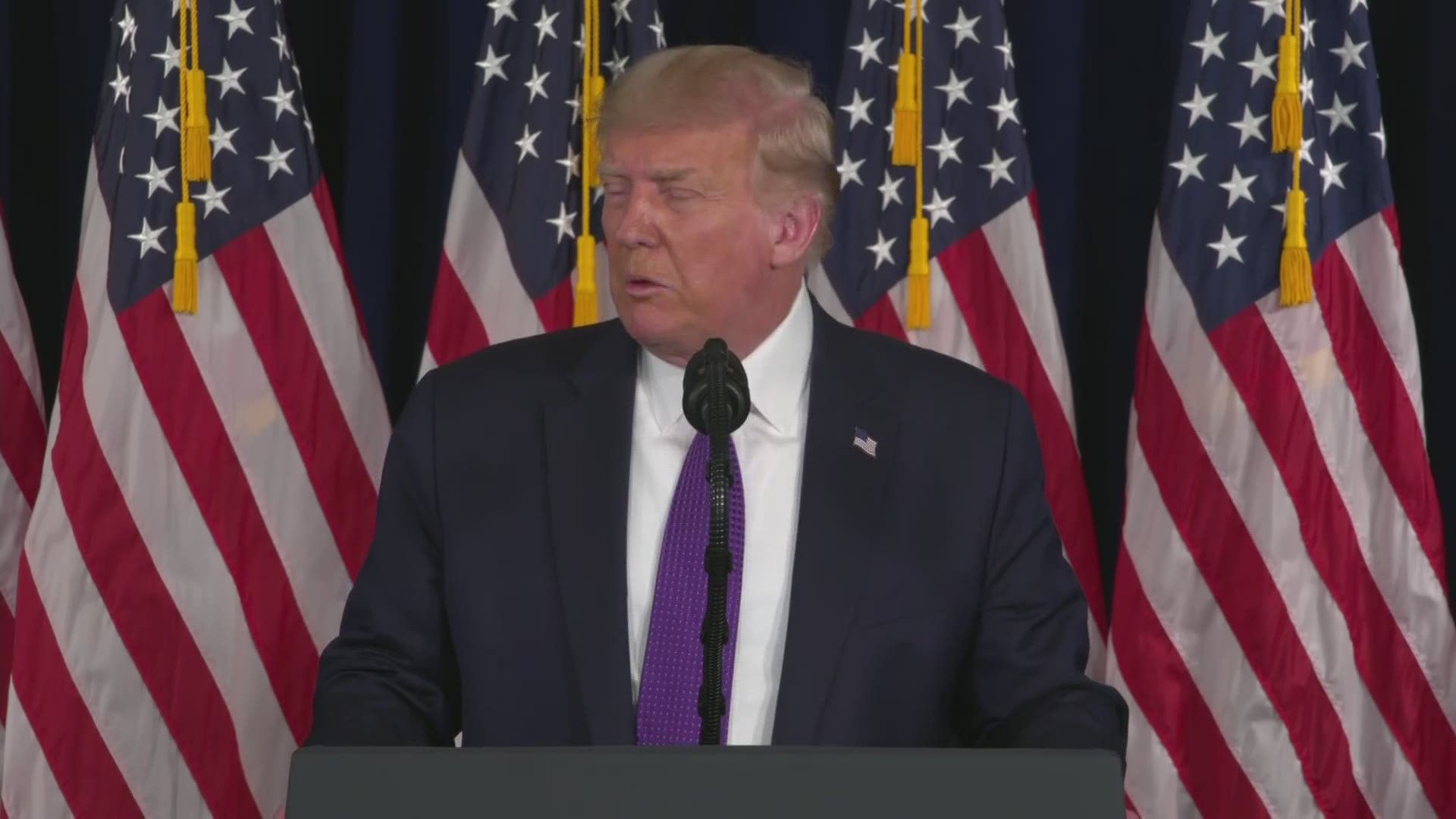 WASHINGTON — U.S. Postal Service Postmaster General Louis DeJoy has come under criticism and has been accused by some of helping to limit mail-in voting ahead of the 2020 Presidential Election to benefit President Donald Trump's reelection.

A group of protesters staged a "noise demonstration" Saturday morning outside DeJoy's home in Northwest D.C. amid allegations.

DeJoy, a donor and fundraiser of President Trump's during the 2016 Presidenttial election, assumed the position of USPS Postmaster General on June 15 after a unanimous vote from the USPS Board of Governors.

DeJoy's work in logistics may be part of the reasoning for why he was picked to be Postmaster General. He has worked in business logistics for more than 35 years before being named to his current position within USPS.

According to his USPS biography page, DeJoy is a member of the board of trustees for Elon University in North Carolina and the Fund for American Studies in Washington D.C.

DeJoy received his Bachelor of Business Administration from Stetson University.

The group has made it to the Postmaster General’s house in Northwest DC.
USPS has wanted 46 states they can’t guarantee delayed mail-in ballots will be counted. All this as accusations swirl the President is intentionally blocking funding for USPS. pic.twitter.com/dPWvqBWepm

In his brief couple of months as Postmaster General, Dejoy has had a lot of his plate -- what some could call a logistical and financial nightmare.

Not only is the USPS losing more money, but the agency is also dealing with cuts to its workforce and mail machines. This comes as the 20202 Presidential Election will rely more heavily on mail-in ballots than ever before due to the pandemic.