Logan Circle jogger's murder may have been racially motivated

Investigators are looking into the possibility that Martinez's murder might have been "racially motivated" because Crawford "does not like white people." 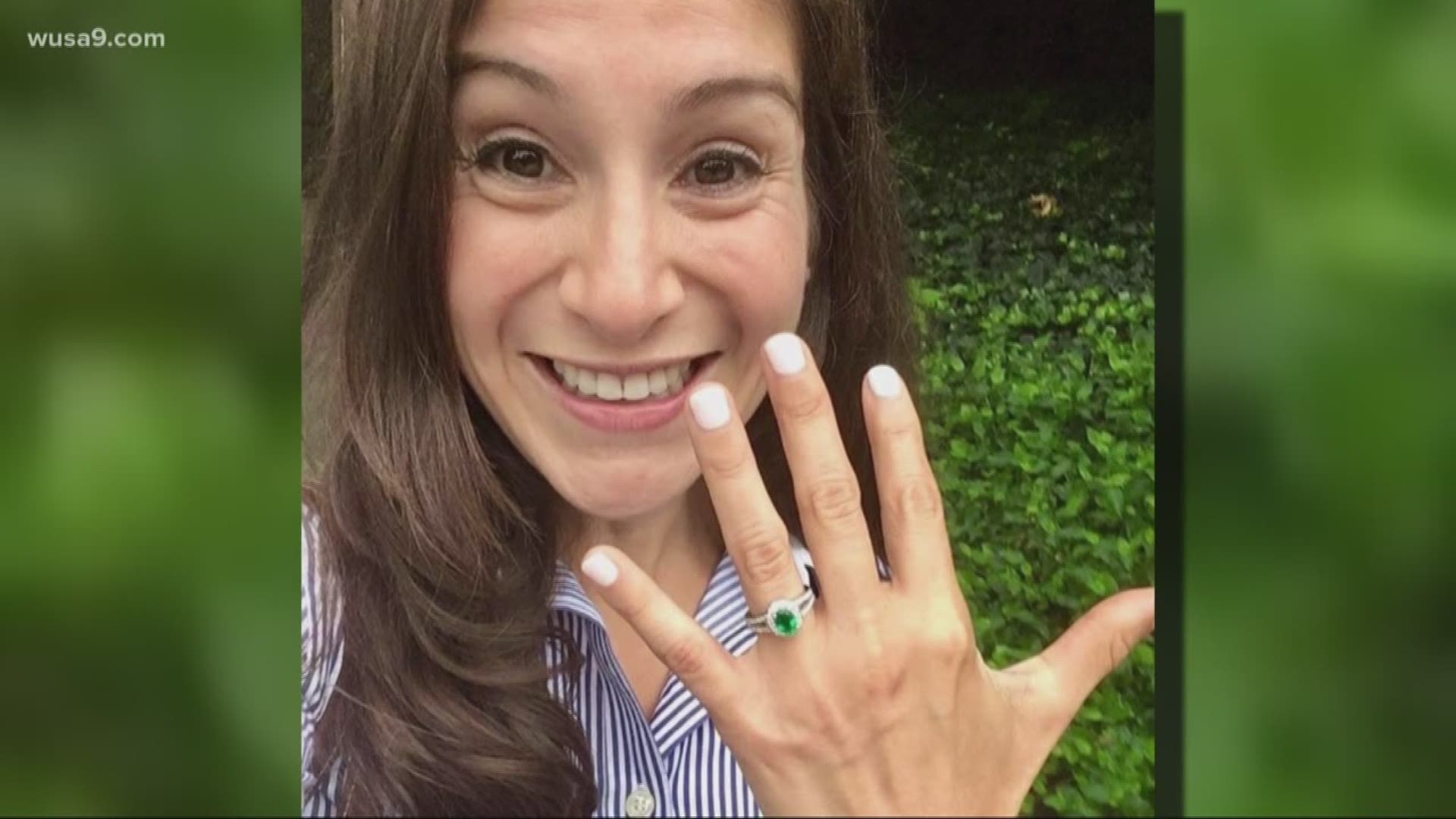 WASHINGTON -- The murder of a recently engaged 35-year-old woman who was jogging near her home may have been racially motivated, investigators said.

Wednesday, 23-year-old Anthony Crawford of Northwest D.C. was arrested in the stabbing death of Wendy Martinez.

Crawford was found by police at a park on 14th Street and Girard and was brought in for questioning late Wednesday night, a day after 35-year-old Wendy Karina Martinez was stabbed while jogging only blocks away from her home in the Logan Circle area approaching the corner of P Street and 11th Street in Northwest D.C.

RELATED: Avid runner fatally stabbed while jogging near her home in Logan Circle

It was a picture-perfect night to be outdoors, with temperatures in the 70s and clear skies. As Martinez approached the intersection, people across the street were outside on a restaurant patio, enjoying dinner.

It was then that Martinez was stabbed in what police believe was "more than likely" a random attack. It was an "unprovoked attack" and there is no information to suggest that it was a robbery.

It was concluded that Martinez was stabbed seven times, twice in the head and once in the face around the right side of the neck near the carotid artery.

Martinez's stab wounds were very serious, and she made her way into a nearby Chinese restaurant after the attack.

Surveillance video from the restaurant, which we are not showing due to its graphic nature, shows the woman coming inside the restaurant covered in blood. She appears to be talking to the customers inside before she collapses.

#BREAKING Investigators looking into possibility murder of jogger Wendy Martinez might have been “racially motivated.” Suspect Anthony Crawford “does not like white people.” Also has history of mental illness and K2 addiction. @wusa9 pic.twitter.com/WocJzUYCjS

Martinez was transported to the hospital where she was pronounced dead at 8:23 p.m. A medical examiner determined her death was caused by multiple stab wounds.

Crawford was arrested Wednesday night and charged with first-degree murder while armed in connection with the stabbing. Police said he did not cooperate with investigators, however, they are confident they have the right person.

Police say evidence collected several blocks away from the stabbing included a knife covered in "fresh blood," a mustard colored sweatshirt with possible blood on it and a blood trail that was observed leaving the scene.

In addition to the items listed above, police also collected an umbrella and white socks with possible blood on them.

The suspect does have a criminal background, however, there is no indication of any violence in his criminal past, according to authorities. Police will continue to comb through his background.

Investigators are looking into the possibility that Martinez's murder might have been “racially motivated” because Crawford “does not like white people.” A source also said that Crawford has a history of mental illness and K2 addiction. K-2, also known as "spice", is a synthetic marijuana that is banned in the U.S.

Both DC Police Chief Newsham and Mayor Bowser said they were able to make an arrest so quickly thanks to the efforts made by the community and authorities.

Martinez's family released the following statement Wednesday night, however did not speak during a press conference on Thursday.

“We are deeply saddened by this senseless tragedy. Wendy Karina Martinez was the light of our lives. Not only was she an avid runner, but she was a devout Christian, a wonderful friend, and a driven professional. Everything you hope that a daughter and a friend could be. She was also excited to be planning her upcoming wedding to her fiancé, Daniel Hincapie. They were engaged just last week.”

Chief Newsham said it appears this was an isolated attack in an otherwise safe area.

"This is a very isolated incident, you don't see crimes like this very often. It's very unlikely that this occurred here at the intersection," Chief Newsham said.

Martinez's family and friends held a vigil for her at 7 p.m. Thursday at Logan Circle.