Kahlil Greene, 19, is weeks away from being inducted into the Boys and Girls Clubs of Greater Washington's Hall of Fame. 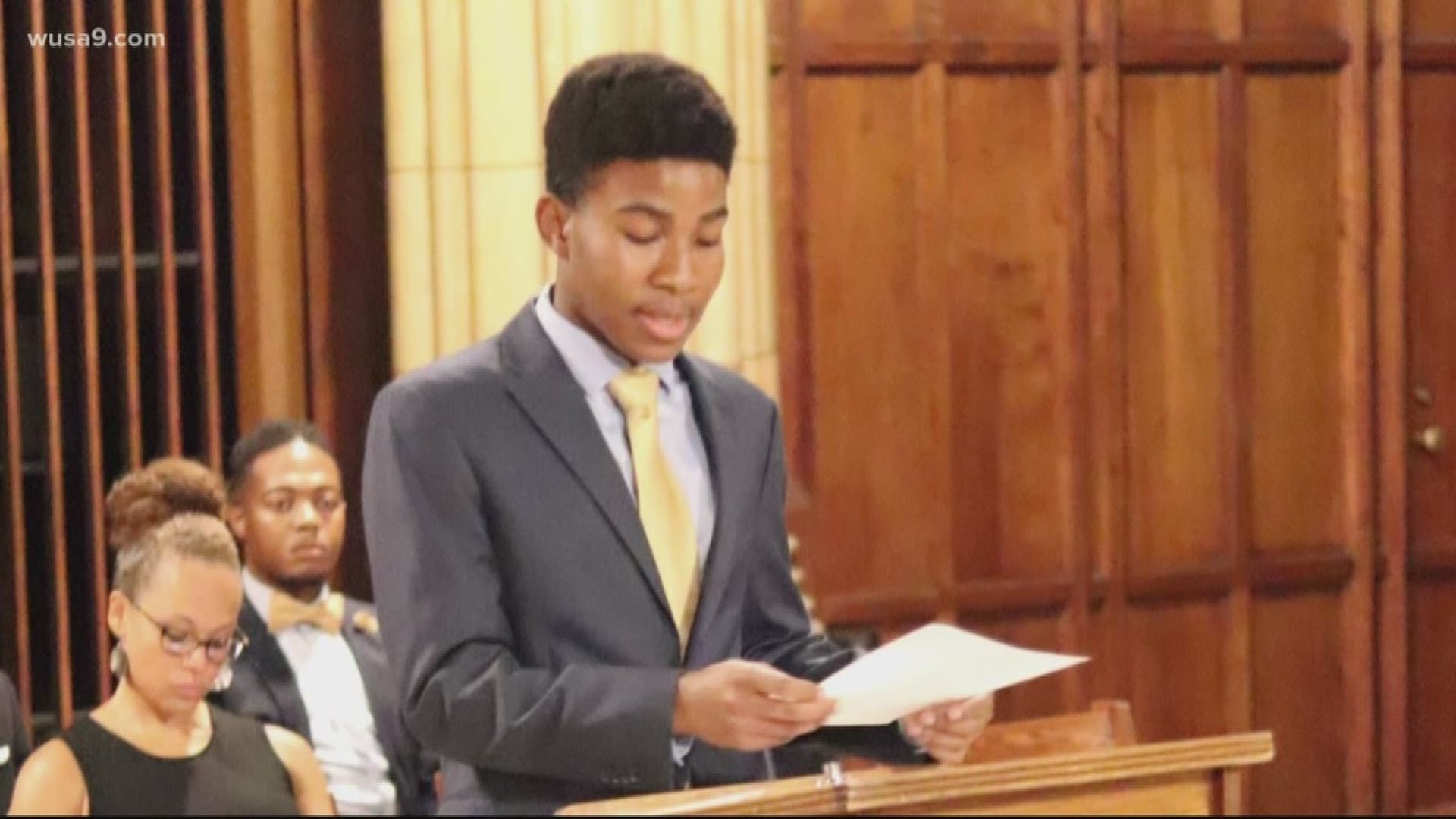 WASHINGTON — A local teenager who made history as the first African American student body president at Yale University is weeks away from being inducted into the Boys and Girls Clubs of Greater Washington's Hall of Fame.

Earlier this year, he made history at one of nation's most prestigious universities. The Montgomery County native was elected as the schools first black student body president. The junior is now halfway through his term.

He's been involved in the student government since he was a freshman. Over time, Greene said he noticed that some communities were being served more than others and he wanted to change that.

"I felt there was a lot of stuff that we can do for under-served students on campus, whether they be racial minorities or gender minorities," Greene, who's majoring in U.S. History and Economics, said. "I had a lot of ideas."

One of the initiatives he's most proud of includes providing menstrual products in every residential college. Buses have also been provided to get students to cultural centers for affinity networks.

"I saw gaps and I wanted to solve those problems," Greene said.

In January, Greene will be inducted into the Boys and Girls Clubs of Greater Washington's Hall of Fame. He'll be among other honorees like WUSA9's General Manager Richard Dyer.

Greene got involved with BGCGW when he was seven years old and continued as a participant until he was 13.

"I was at the Boys and Girls Club longer than I was at school or awake at home," Greene said. "I was a before school, after school and summer camp attending member."

"This is coming full circle," he said. "It means everything to me.

As part of the induction, Greene said the inductees are teaming up with BGCGW to help raise $15,000 to support 10 club kids for the year.

The money will go directly toward supplies, resources and programs for the kids, and will ensure Boys and Girls Clubs continue to run and provide support for DMV youth, according to Greene's GoFund Me page.

RELATED: This Maryland pastor is on a mission to help fund education for struggling families in DR Congo