Investigators say Kiss Lounge had a long history of violating DC alcohol laws. But owners claim they have been targeted for years, and were shutdown with no warning. 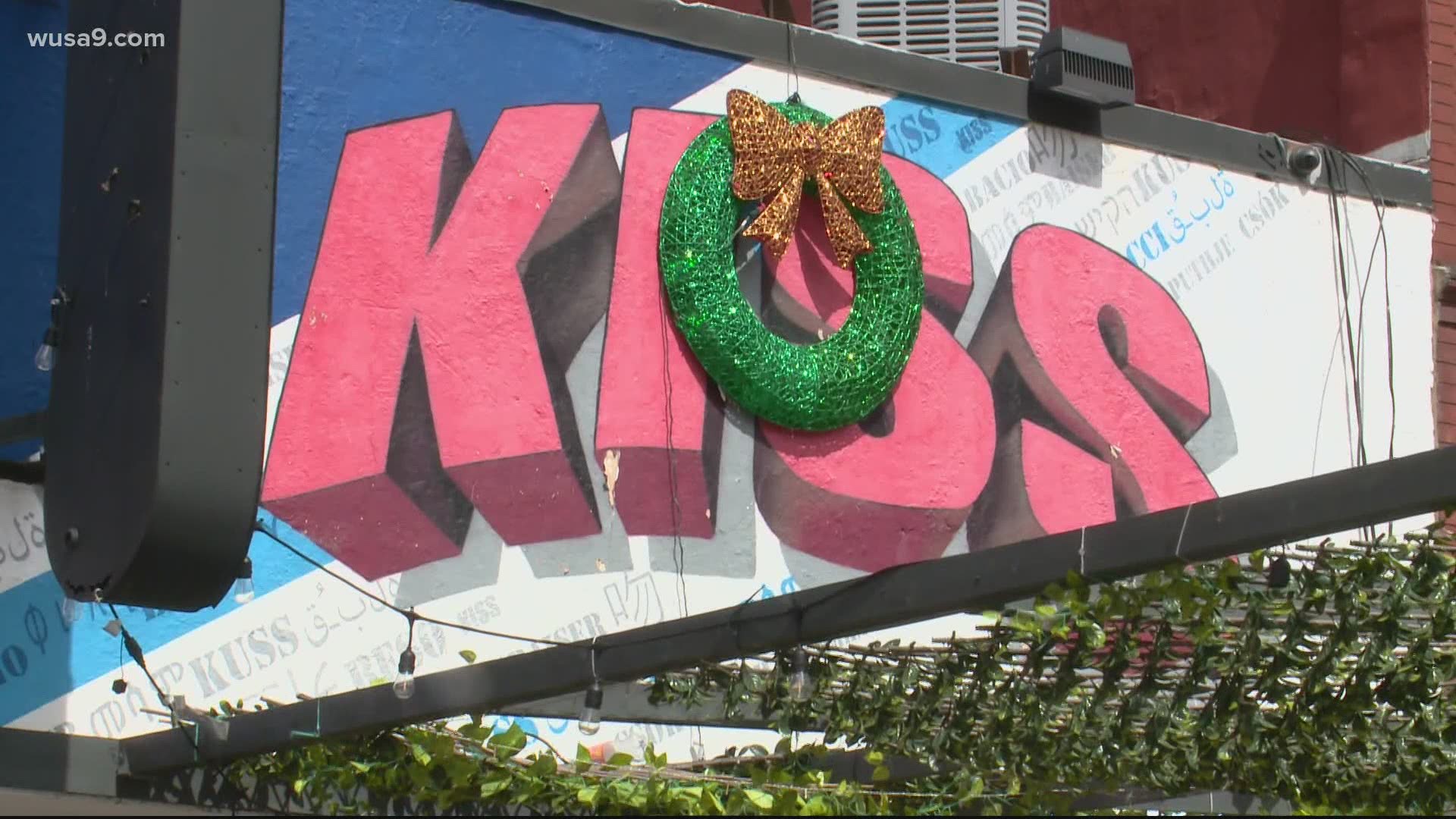 WASHINGTON — A D.C. bar that became the first to lose its liquor license during the pandemic for COVID safety violations is fighting back, filing a petition to overturn the decision. Owners claim they were shutdown without written or verbal warning, and that the license was ultimately revoked "without proper due process."

Kiss Lounge, located at 637 T Street, Northwest, lost its liquor license on March 17, after an undercover sting, according to a report from D.C. officials. The owners are now banned from holding a liquor license in the District for 5 years, according to the Alcohol Beverage Regulation Administration (ABRA).  The club was cited for several violations, including being over capacity, having after-hours alcohol sales and not enforcing masks.

Owner Eyob Asbeha denied the allegations and told WUSA9 he’s being targeted. He provided WUSA9 with a cellphone video of ABRA investigator John Fiorentine inside his lounge the night of Jan. 27, 2021. In the video, Fiorentine is close to the owner and in a raised voice demands, “when I identify myself as ABRA the door opens! Who’s the board going to believe John Fiorentine or YOU? This tavern, I don’t mind shutting you down.”

The petition references this same statement.

"Investigators are caught on video, INTOXICATED, stating, 'I can shut you down! Who will the Board believe, me or YOU?'" the petition says.

According to ABRA, the licensee still has appeal rights in this matter, including having ten days of receipt of the order to file a motion of reconsideration with the Board.

"These trumped [up] charges must be OVERTURNED," the petition states. "Kiss Tavern is a staunch supporter of the community, through art, activism, and providing employment to local DC residents."

WUSA9 contacted ABRA about the investigator’s conduct and a spokesperson replied, “ABRA does not comment on personnel matters.”

You can see the full petition below:

We, the undersigned, call on the DC's Alcoholic Beverage Regulation Administration (ABRA) to overturn their decision and grant Kiss Tavern. a small, black-owned business their liquor license.

With COVID-19 restrictions lifting, now is not the time to shutter businesses that have been struggling this past year, instead we should be supporting them.

Members of Washington DC leadership we are counting on you to help small, black-owned businesses thrive, not become victims of a targeted and malicious attack. We elected you and we need you now more than ever. Show us how someone in a decisive leadership role such as yours, with the power to make impactful decisions, will support our people during this crisis.

Sincerely,
Residents of Washington DC and Beyond