'I'm tired of this,' says the grandmother of a 19-year-old killed in SE DC

A distraught grandmother told WUSA9 her grandson had plans to join the Marines. Now a Southeast DC family will have to plan his funeral after a weekend more violence in the District. 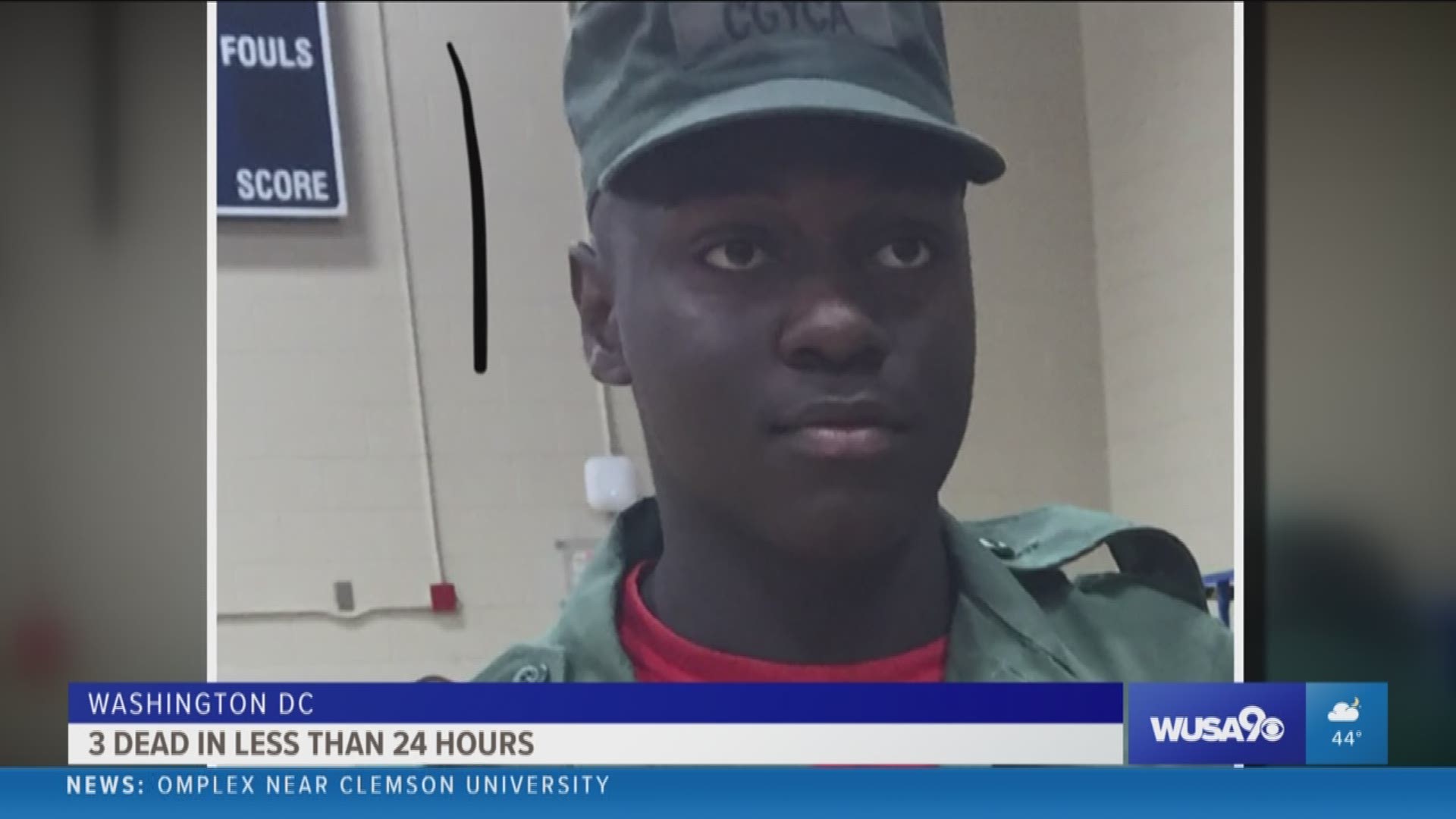 WASHINGTON -- DC saw yet another jump in homicides this past weekend, taking the total number murders in the District from 131 on Friday, to at 134 homicides by Sunday.

The victims include two District teenagers and a 28-year-old man, who appears to have been shot just outside of his New York Ave home.

“The most important thing to me is that I want them to catch who did this,” said Crystal Dixon, the grandmother of the 19-year-old killed on 5th St. SE on Saturday.

Police responded to the 900 block of 5th St. SE for the report of an unconscious person. A police report says Antonio Dixon, 19, was found suffering from what appeared to be multiple gunshot wounds.

Crystal Dixon said she thinks her grandson was hanging out with friends in the area where he was killed. She said the 19-year-old loved fighter jets and had plans to enlist in the Marines. He leaves behind two young siblings.

“You know, took somebody’s life that wanted to do something with their life,” said the grieving grandmother. “I’m tired of this. When [is] this going to stop? Who’s going to be next?”

Nineteen-year-old Dixon is seen wearing his CGYCA uniform in the photo his grandmother shared with WUSA9.

This is one of the two teens killed in DC this weekend: 19yo Antonio Dixon of SE. His grandmother tells @wusa9 Dixon had plans to join the @USMC after his time w/ @cgyca. Dixon, a 2nd 19yo & a 28yo were murdered on Sat. & Sun., bringing the # of homicides in DC to at least 134. pic.twitter.com/u7s7NgFnSM

Also on Saturday, 19-year-old Malik McCloud lost his life. DC Police responded to the sound of gunshots near 3500 block of Wheeler Rd. SE. They found McCloud suffering from at least one gunshot wound to his body. He was pronounced dead at Washington Hospital Center.

All of the murders happened in broad daylight: in the midday and afternoon Saturday and in the mid-morning on Sunday.

No arrests were immediately made in any of the three homicides. DC Police are offering a $25,000 reward to anyone with information leading to an arrest in each crime.

The District’s homicide rate is now up around 46 percent from what it was around this same time last year. Police recorded 116 homicides overall in 2017.

The Metropolitan Police Department currently offers a reward of up to $25,000 to anyone that provides information which leads to the arrest and conviction of the person or persons responsible for any homicide committed in the District of Columbia. Anyone with information about this case is asked to call the police at 202-727-9099. Additionally, anonymous information may be submitted to the department’s TEXT TIP LINE by sending a text message to 50411.