A teen was caught riding on the back of the X2 bus in D.C. 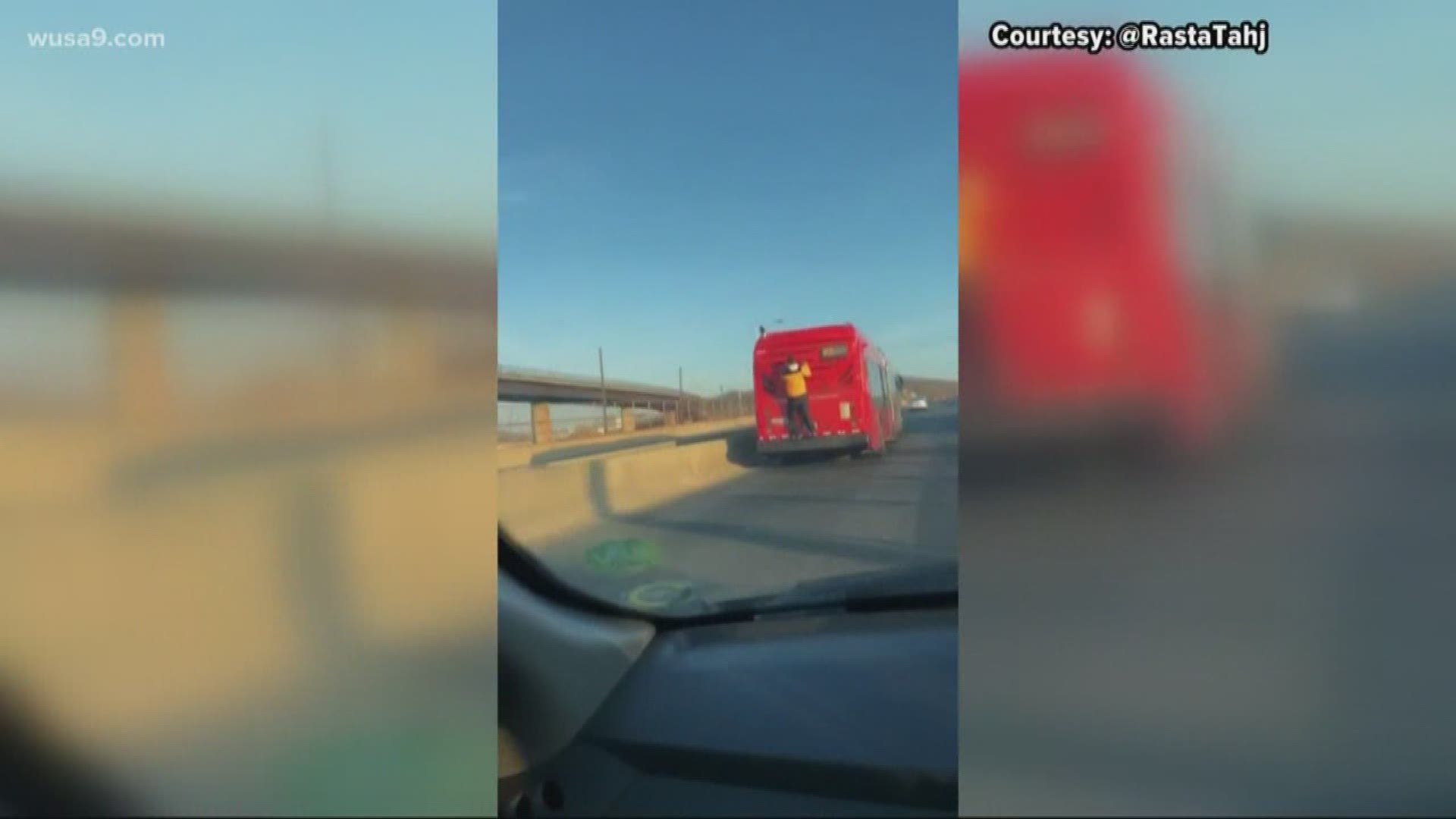 WASHINGTON – A teenager identified himself to WUSA9 as the person who was caught on video clinching onto the back of a DC Metro bus.

The recording went viral after it was posted on several social media websites.

Tahj “Rasta Tahj” Clarke was the man behind the camera. 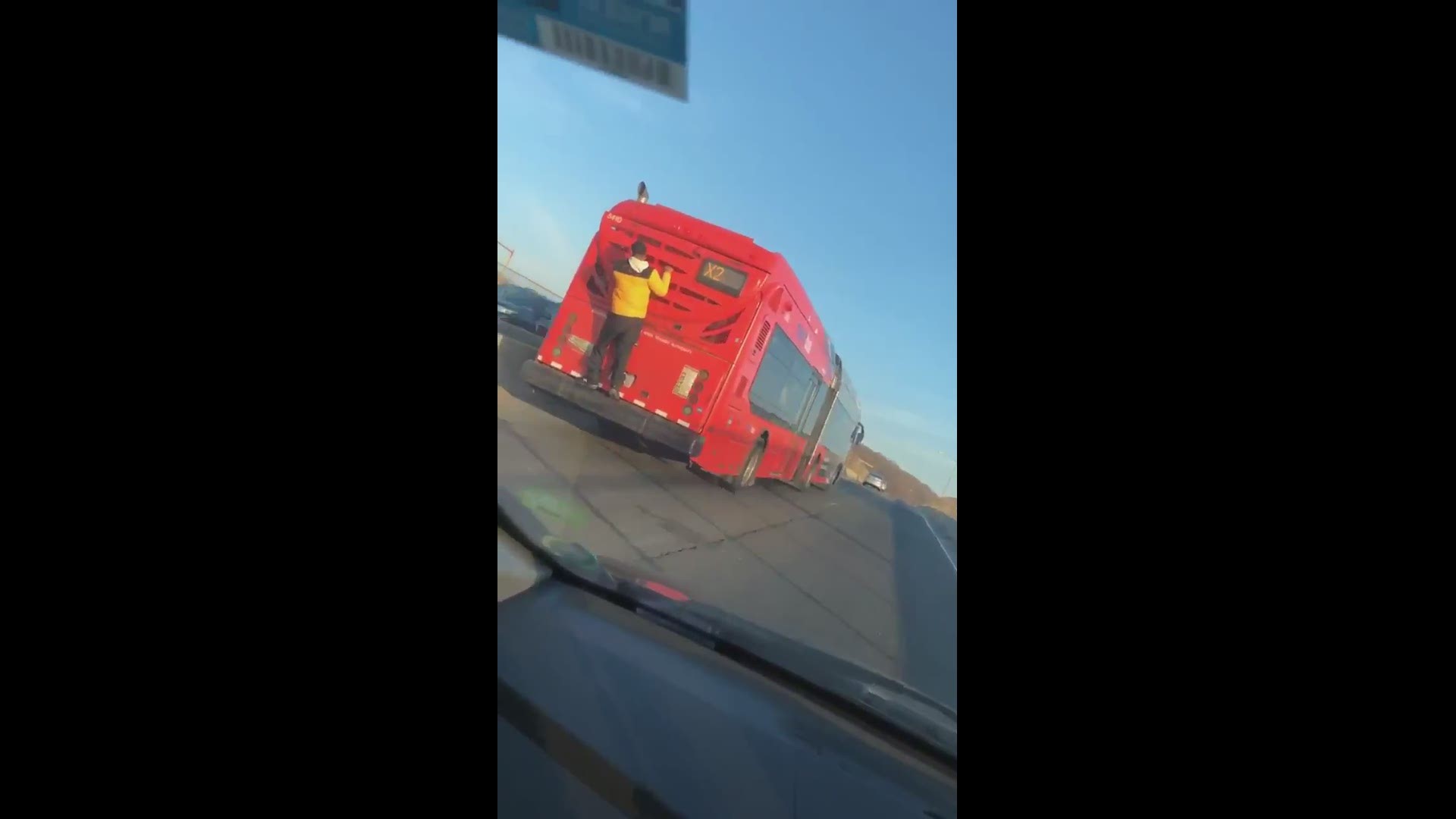 “I look up I see a dude on the back of the bus,” he recalled. “I normally don’t pull it my phone while I’m driving — seatbelt on, but, in that situation, I had to get that on camera.”

Clarke, who is a local musician, said he recorded the video Monday evening on Benning Road near 36th Street in Northeast DC.

“I recorded it and then put it on my Instagram. I ain’t know it was going to go viral though,” Clarke told WUSA9.

In less than 24-hours, the video racked up thousands of retweets, likes, and hundreds of comments on Twitter.

WUSA9 showed the video to several people on Tuesday who said they’d never seen anything like it.

“I know I wouldn’t do it because I think that’s crazy,” Anthony Jones explained.

A WMATA spokesperson said, “What we all witnessed in the video was not just unsafe, it was reckless. While we are thankful that this person was not injured or killed, those outcomes were very real possibilities.”

In August, a white woman was beaten after yelling the N-word on an X2 bus.

In 2017, a woman was sentenced to time in jail after throwing urine on an X2 bus driver.

“Man, on them buses you’re liable to see anything,” Clarke said.

However, no one WUSA9 spoke to expected to see anything like what was captured on Monday.

WUSA9 tracked down the person who claimed he is the guy on the back of the bus.

He is a teenager who said he hopped on the bus’s bumper to have fun.