'I had to tell her that I fear police. I didn't want to have to do that' | Black DC father explains race relations to biracial child 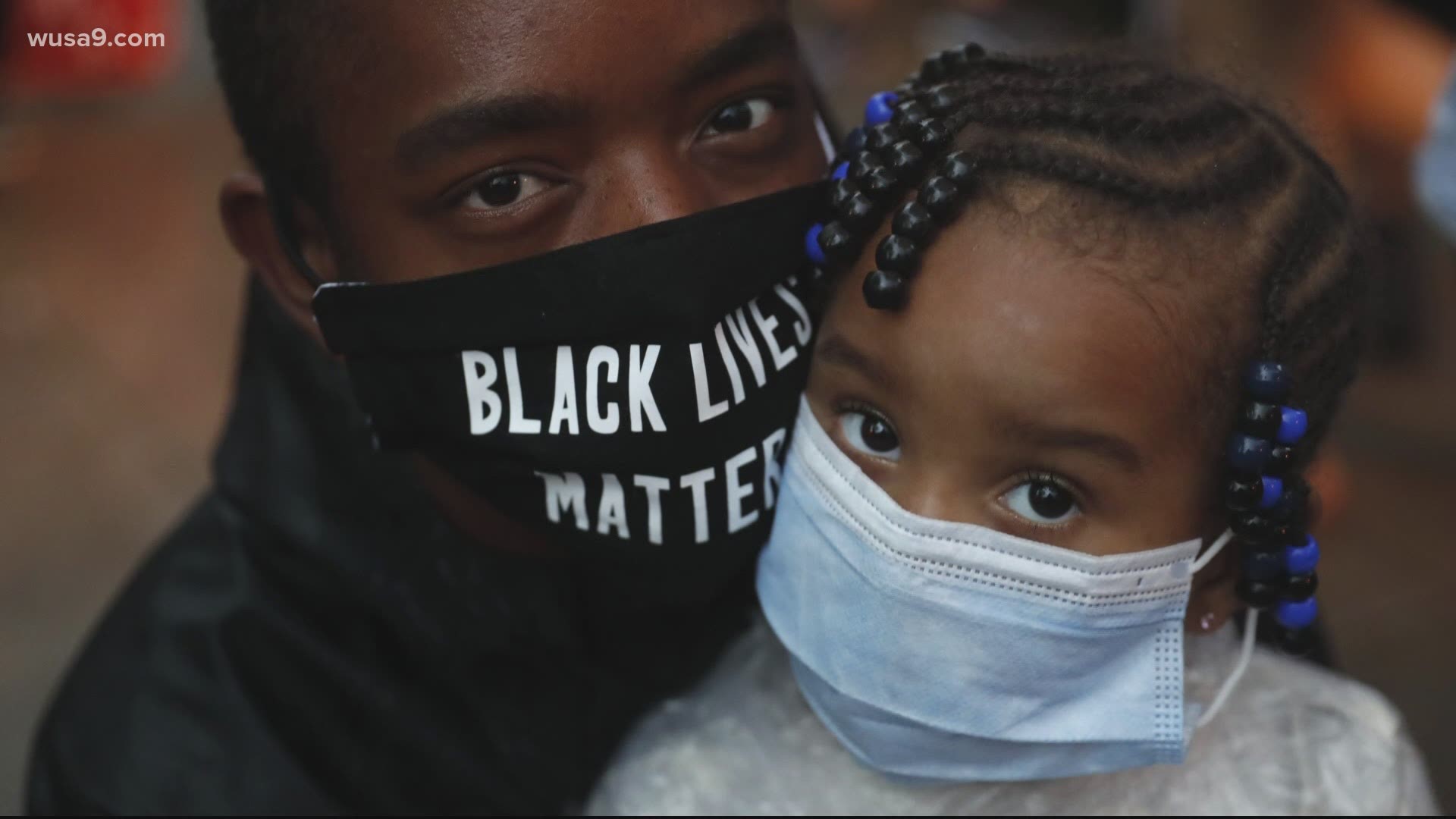 WASHINGTON — For more than a week, protesters have taken to the streets following the murder of George Floyd by a former police officer. We've seen parents with their children at some of the protests.

WUSA9 spoke a couple of families about the different and often difficult conversations they’re having at home.

"Because she sees me now being killed," Randolph Sturdivant said.

It’s the reality of the world we’re all living in. Views of man being killed by police streamed on every platform.

Sturdivant is one of the writers for WUSA9's Get Up DC. He and his wife, Amy, were led to inevitable conversations with their 12-year-old biracial daughter.

"Could this happened to my daddy? And I can't tell her that, 'No, it can't.' I have to tell her, 'Yes.' We don't lie to her about it. We tell her the truth about everything," Sturdivant said.

Rachel and Sambath Chung, like other parents across the DMV, are having to explain to their young children, why people are protesting.

"I think mainly their questions have been, 'Why? Why, did this happen?' They really want to understand. I think this is an opportunity for us, as parents right, to kind of go deeper into that, about the whys," Rachel Chung said.

Unfortunately, their children who are white and Cambodian, are no strangers to bigotry.

As the emotions continue to run high, Sturdivant is now admitting his horrors to his only child.

"I had to tell her that I fear police. I didn't want to have to do that," Sturdivant said.

While they inform their children of the realities of this world, the simultaneous lesson is one of compassion.

"Every person should be treated with dignity and respect," Samath Chung said.

No matter the color of one's skin.