The full House could take up the bill next week. 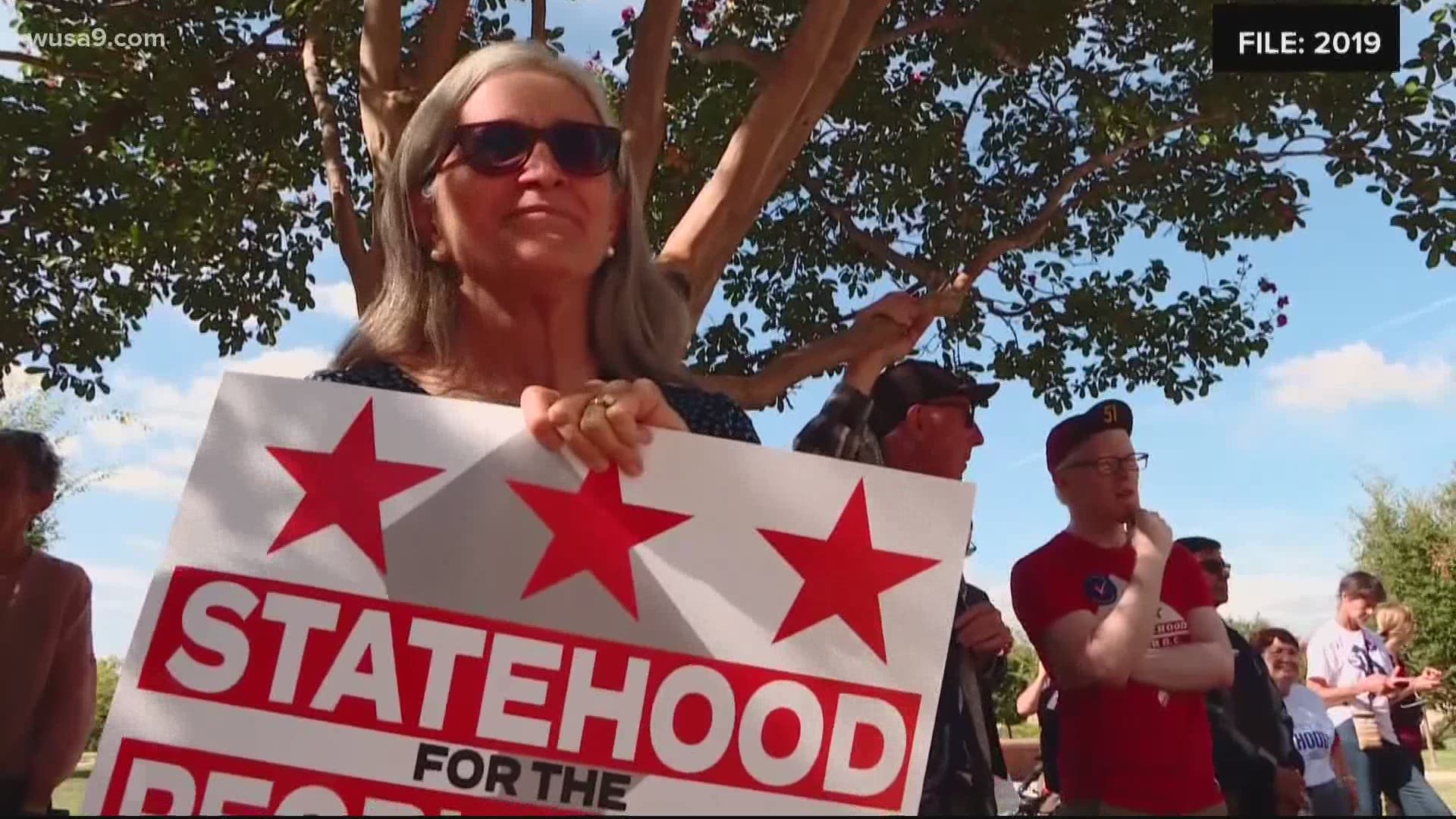 WASHINGTON — The push for D.C. statehood continues this week. The U.S. House of Representatives is expected to vote on the D.C. statehood bill within the next two weeks, according to DC Delegate Eleanor Holmes Norton (D).

A Congressional hearing in March offered a taste of the likely arguments surrounding the upcoming votes. At that hearing, Norton said, "Congress can no longer allow D.C. residents to be sidelined."

D.C. Mayor Muriel Bowser, also a Democrat, argued it's far past time for those who call D.C. home to have a vote inside the Capitol.

"The disenfranchisement of Washingtonians is one of the remaining glaring civil rights and voting rights issues of our time," said Bowser at that hearing.

D.C. residents currently do not have any full-voting representatives in Congress.

RELATED: VERIFY: What's the process for DC to become an official state?

The stark political divide over the statehood bill was on full display. While Norton and Bowser framed the issue as one of representation, Rep. James Comer, a Kentucky Republican, called the push for D.C. statehood a political power grab.

"D.C. statehood is a key part of the radical leftist agenda to reshape America," he added.

In a Senate that's frequently deadlocked between parties, representation for D.C. could tilt the balance in Democrats' favor.

For that to happen, the statehood bill must first pass both the House and Senate, something it's never done before.

In 2020, the House passed a similar statehood bill but the Senate declined to take up the legislation.

RELATED: 'It's about equity and democracy' | Supporters make their case for DC statehood at congressional hearing

There is also a constitutional question to consider, according to George Washington University Law School professor Thomas Colby.

According to Colby, the 23rd Amendment to the U.S. Constitution gives the American seat of government three presidential electors.

Given that, Colby said a repeal of the 23rd Amendment may be needed before D.C. statehood could go into effect.