A spokesperson for DC Public Schools said Jamal Speaks may resume practice and play while they work to resolve the residency issues. 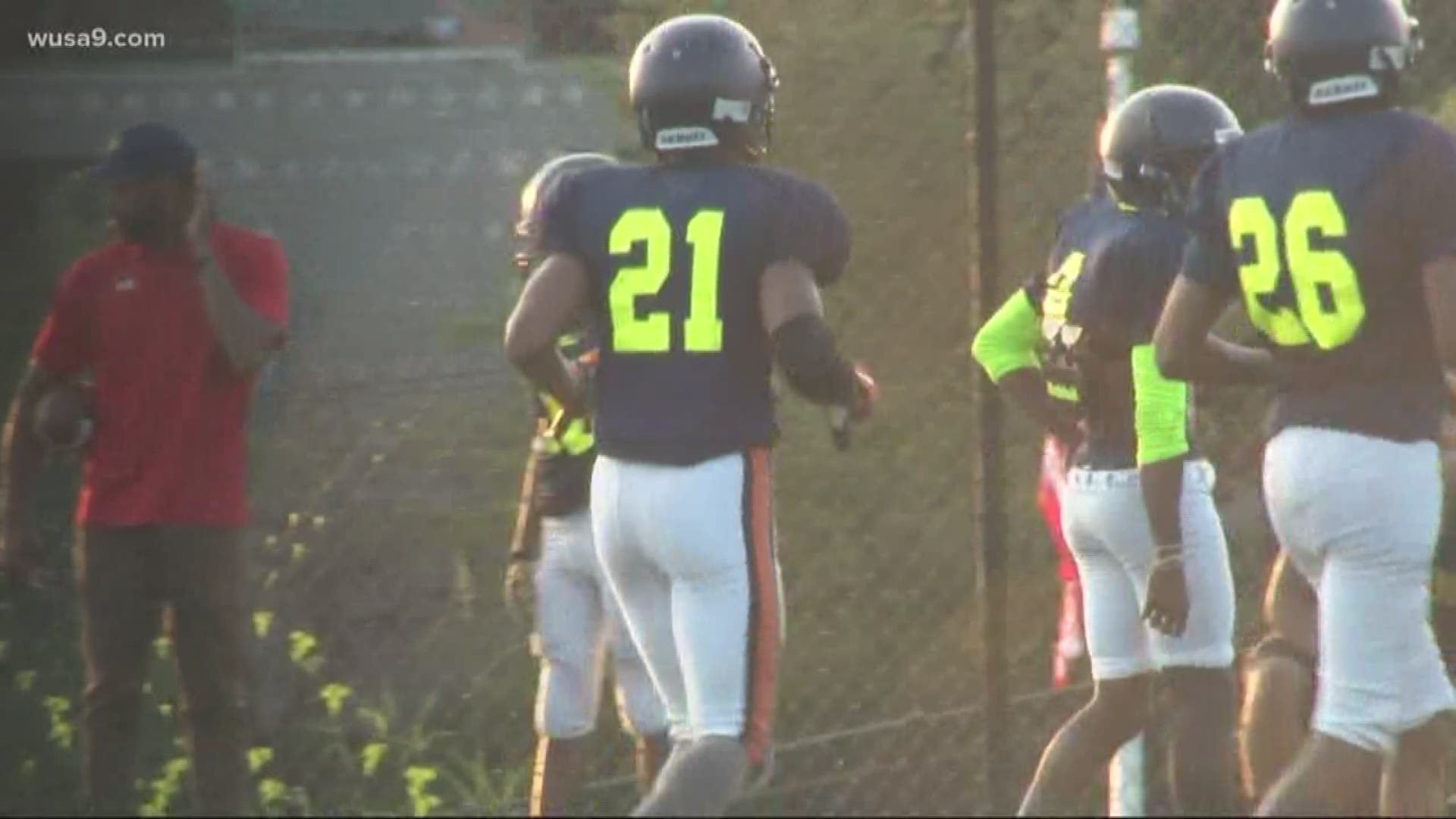 A homeless Ballou High School student is back on the football field after residency concerns pulled him from the game.

Eighteen-year-old Jamal Speaks practiced with the Ballou Knights in Southeast Wednesday evening; it was the first time he’s suited up since Ballou’s principal pulled him from Saturday’s game under suspicion he did not live in the District.

A spokesperson for DC Public Schools said Speaks may resume practice and play while they work to resolve the residency issues.

The move is a big win for Speaks. Not only is he back on the football field which is his gateway to college but the community is really rallying around him raising money through a GoFundMe campaign and Ward 8 Councilmember Trayon White is helping him find an apartment.

“I just want to thank God that I'm here and I'm back,” Speaks said after practice Wednesday night, “without my team I probably wouldn't be here right now.”

Speaks was set to play ball in front of college recruiters Saturday when the principal pulled him from the game. The team protested and stopped the game for 45 minutes. “That was something special to see,” said Ballou Head Coach Minoso Rodgers, “we teach them to have each other’s back.”

The thing is, the homeless Ballou stay-student already proved his residency to the state athletic association – which is above the local school system. However the controversy still kept him off the field.

DCPS never had a good answer when WUSA9’s Delia Gonçalves asked them about the obvious inconsistency just citing "lingering concerns."

Speaks was a star player as a freshman but was kicked out of Ballou his sophomore year because his estranged mother lived in Maryland. Now the 18-year old is back in D.C., back on the field and ready for his future.

“Stay focused, keep God first and just dominate from here on out,” he said.

“It’s definitely taking a village to raise this young man, but this shows if you do the right thing, keep being persistence and try to be a good person than good things happen for you,” said Coach Rodgers.