John Thompson, Georgetown University’s legendary head basketball coach, does not do a lot of interviews for the press. In lieu of ‘Black Folks’ Month’, as he calls it, he made an exception and opened up about a lot more than basketball.

Thompson talked about his own past, about the university’s slave history and about what he would do differently if he had a chance to get a "rerun."

“First of all, I’d like to call it Black Folks’ Month and not Black History Month,” Thompson said. “I’m glad certain things are acknowledged historically at this point but I’d love to think that we are included in 12 months rather than one month.”

Former head coach John Thompson II of the Georgetown Hoyas shouts from the stands his former teams takes on the Connecticut Huskies during the quaterfinal round of the Big East Men&#39;s Basketball Championship, March 10, 2005. (Jim McIsaac/Getty Images)

Still, he said, he understands the symbolism of it all. Especially considering that in 1984, he became the first African-American head coach to win a major collegiate championship after defeating the University of Houston.

He said he doesn’t think there are any African-Americans who are not haunted by the past. He feels his own in his future.

In 1838, two priests who served as presidents of Georgetown University orchestrated the sale of 272 people to pay off debts at the school.

In 2016, a statue of Thompson was erected at the Georgetown basketball facility that was named in his honor.

Thompson said he was proud of the university for acknowledging its history and addressing it. He does not think Georgetown was the only educational institution to have sold slaves to keep its doors open.

If Thompson could go back and do it all again, knowing what he does now, he said he would.

“But you can’t, so you have to deal with what it is that has happened,” he said. “You have to hope that the young people in the future don’t have to experience the negative but can experience the positive things that happened.” 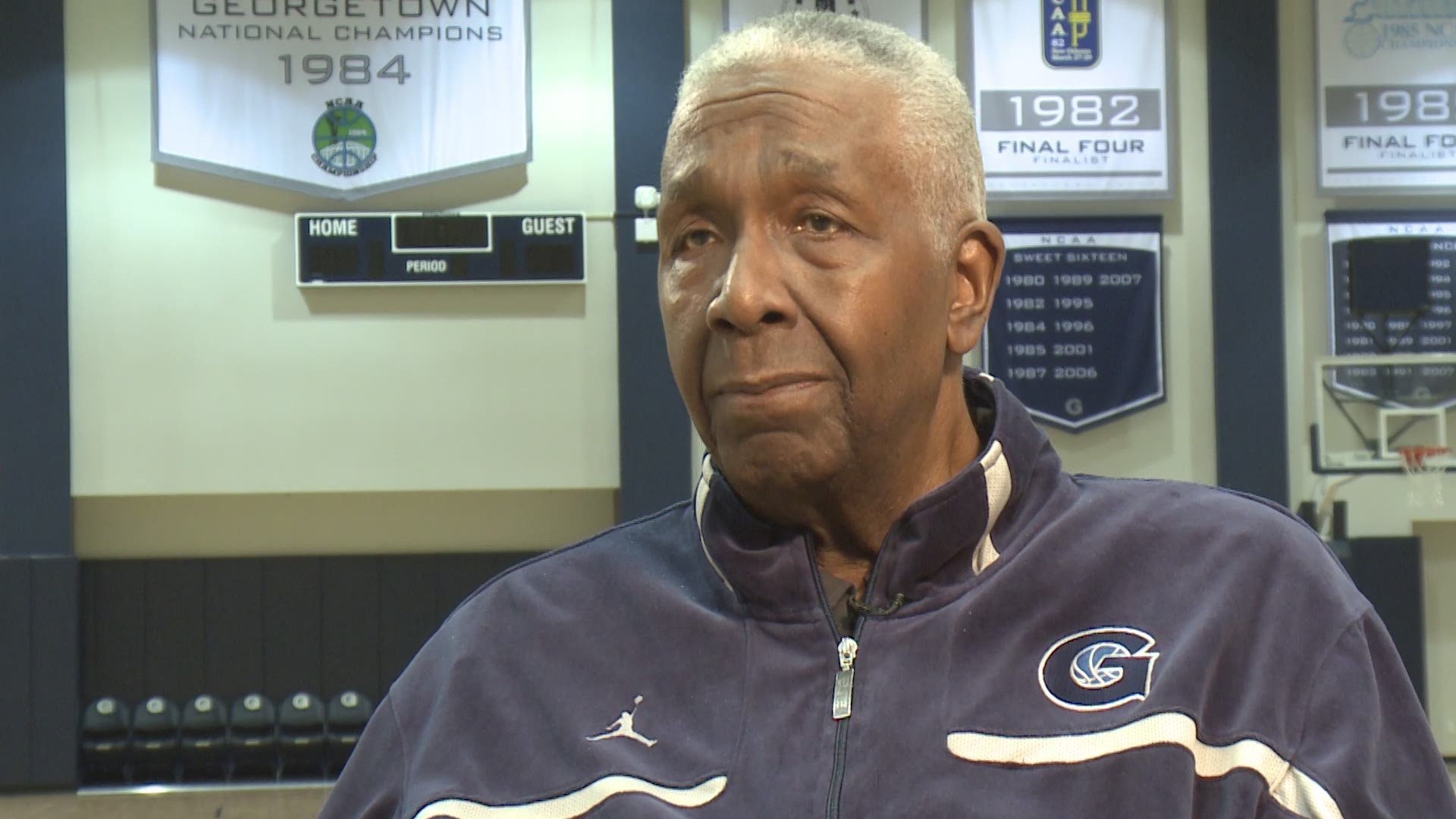 When Thompson graduated from John Carroll High School, he couldn't go to Georgetown and play basketball, even though he liked the coach and the coach liked him. That coach, Tommy Nolan, told him that the university was "not prepared" to take on an African-American as a player.

"They were prepared to take an African-American as a coach," he said. "And I'm grateful for that."