Gentrification in DC raises property values, but does it also push people out?

The unintended consequences of what some call this 21st Century urban renewal. 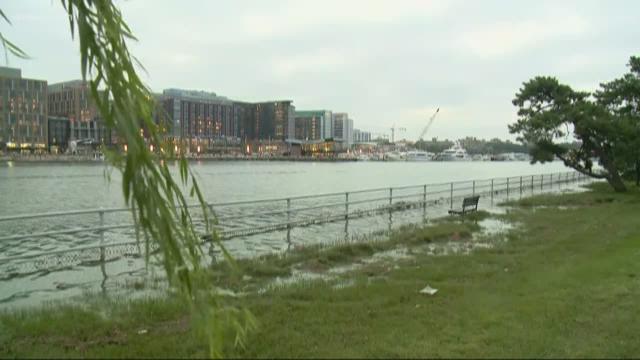 Gentrification is a hot and often divisive topic that DC has seen before.

Southwest DC, for instance, was one of the first communities in the country to get a facelift called urban renewal in the late 1950's.

When the cranes and construction crews came in, thousands of people were pushed out, according to DC's Historical Society, and 23,000 residents and 14,000 businesses were displaced.

So with the opening of The Wharf Thursday, what will be the unintended consequences of what some call this 21st century urban renewal?

RELATED: Q&A: The good and bad of gentrification

WUSA 9's Special Assignment Unit asked a resident, a reverend and a realtor what gentrification meant to them and their answers were very diverse.

The Reverend Michael Bledsoe added, "Gentrification can become this code word for resisting all change."

Here's the actual definition of gentrification: the buying and renovation of houses and stores in deteriorate urban neighborhoods by upper or middle-income families or individuals, raising property values, but often displacing low-income families and small businesses.

Gentrification affects them all, but in very different ways.

"I feel for my wife more than I do myself because moving out was painful for her," White said.

White was pushed out of SW DC due to rising rents at Waterside Towers -- which is just around the corner from the new Wharf.

"You have to knock down a church like I did," said the Rev. Bledsoe. His Riverside Baptist Church is now a hole in the ground.

"I felt like I was at a patient's sick bed when I watched my church be razed," said Bledsoe.

"It's exhilarating! We're working in neighborhoods now where before there was very little turnover --10,15 years ago. Generally, the economic profile is elevated. That's what happens, and yes, some people do lose," Denton said.

RELATED: Will The Wharf dismantle the Nation's oldest fish market?

"What pisses me off, actually, is the fact that people of color have the problems that they have for a long time, but it's only when higher income people come then all of a sudden things get better," said Terefe Abera.

Abera didn't want to be a part of that losing equation so he stopped flipping houses and started a dog walking business.

"Because at the time I didn't want to be a part of gentrification," he said.

Right around the time Abera was leaving the game, the Rev. Bledsoe was trying to get in. He was faced with an aging church and a small bank account. So he cashed in on a great idea.

"It's a way of leveraging the resource you have -- which is property. So, we started a development team to at least start asking questions," Bledsoe said.

In southwest, the new mixed-use includes churches. Saint Augustine just up the street from Riverdale Baptist has condos attached. But, these churches didn't sell out, they sold up. Riverside will get a $6.5 million church in the deal.

"The reason we're still here is the people before us were able to flex with the change. When you cannot adjust to change, that's when it's the end. It's dangerous," said Bledsoe.

Bledsoe showed us some of the drawings of what the new Riverside Baptist Church will look like. He said it's about bringing the past with you instead of living in it.

"We brought stone from the original church," he said to the WUSA9 Special Assignment Unit.

But the past hasn't always been kind to this congregation because they've been here before. Almost 60 years ago, urban renewal almost crippled them. The government tore down the original Fifth Baptist Church forcing them to find a new home.

"They had a thousand members in 1957. You know how many members they had when they opened this church in 1968? 35. All of those people were thrown out, displaced from southwest," Bledsoe said. "So, we know this happens. I'm not sure how to prevent it."

"Southwest looked like Capitol Hill. They lined up the bulldozers and leveled everything," added realtor Denton.

Denton said what makes this new development different than urban renewal is that private companies are driving the change. "It's gonna work or they'll be bankrupt," he added.

So while more homes and businesses are being built on the new southwest Wharf, the swanky condos with big price tags are simply out of reach for many.

"My goodness, I've never seen so many construction cranes in my life," said David White.

For White, southwest is not what he remembers but he wants to move back even though this change was the reason he had to leave in the first place.

"Good for the Washington's economy, bad for a lot of its residents because they're going to have to do like I did, if they haven't done so already, and move further out," he said.