The new "community store" has been in the works since 2017. 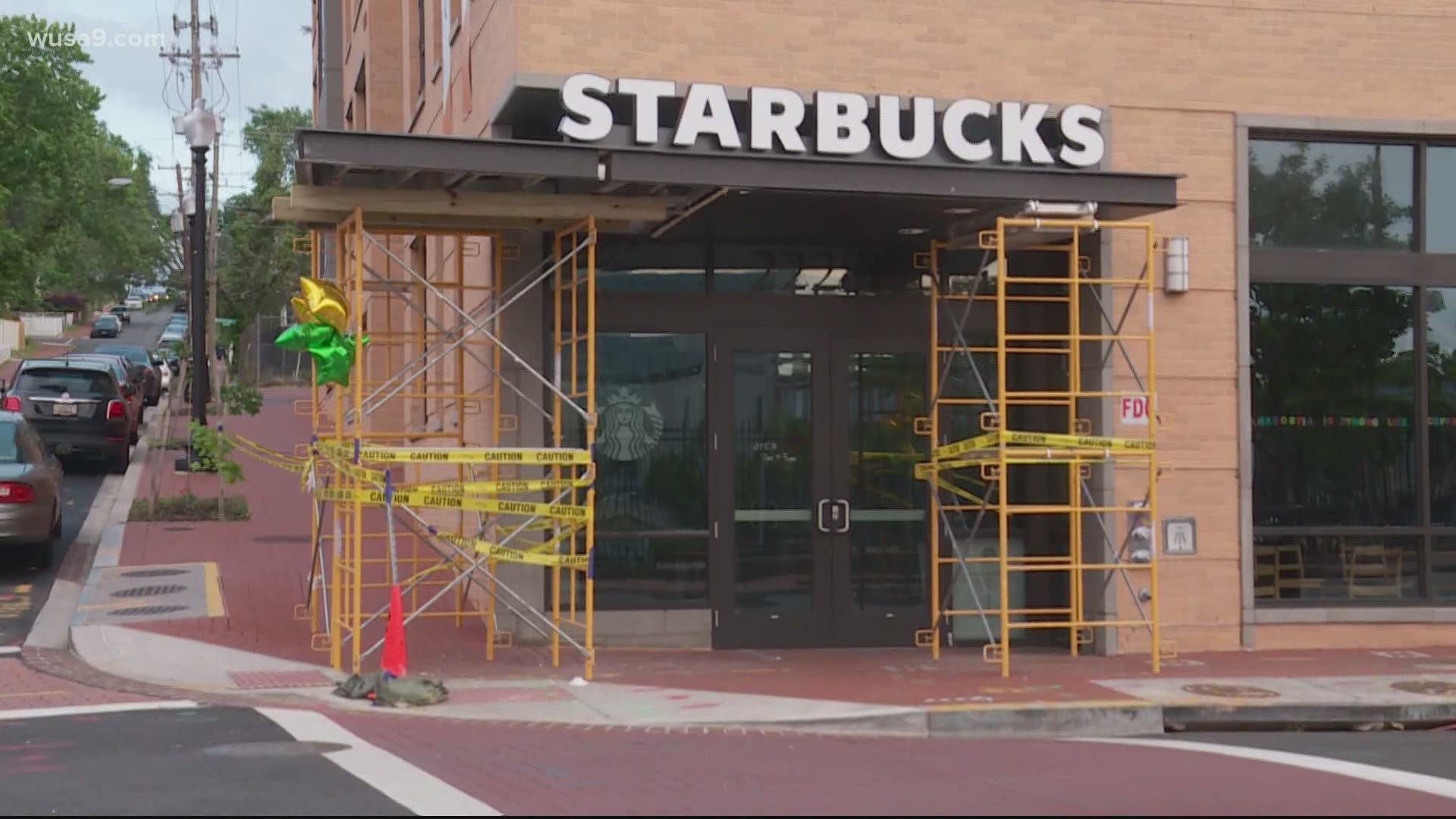 WASHINGTON — Starbucks has opened its first standalone location east of the Anacostia River in Washington, D.C.

The coffee chain’s newest store sits on the 2200 block of Martin Luther King Avenue SE. The 2,800-square-foot café employs 18 workers, according to the company.

D.C. Mayor Muriel Bowser first announced the District was in negotiations to bring a Starbucks to Ward 8 in 2017.

There are dozens of Starbucks locations in the District. However, in Wards 7 and 8, the company only has two cafes: one inside the Safeway grocery store on Alabama Avenue SE and another inside Joint Base Anacostia-Bolling.

RELATED: First standalone Starbucks could be coming to Anacostia

Tyon Jones, an advisory neighborhood commissioner in Anacostia, said he was happy to see Starbucks set up shop in his neighborhood.

"For a very long time, residents have pleaded with the city government to work in ways to bring some of the amenities over the river that other neighborhoods have," he said.

Jones said he just wishes the development had come sooner.

"This is a part of Washington, D.C.," he said. "In any other part of the city, you can go to four or five different coffee shops within a mile walking distance. It’s unfortunate that here in Anacostia we’re celebrating the opening of our first coffee shop."

John Falcicchio, D.C.’s Acting Deputy Mayor for Planning and Economic Development, said the Bowser administration has made it a goal to bring more commercial development to Wards 7 and 8.

"One thing that Mayor Bowser says is that we have all the retail we could ever want in DC, we just don't have it in all the right places that we need it," he said.

Falcicchio said it took a little bit of convincing to get Starbucks to open its newest location, but he added the company had been "a great partner" through the process.

WUSA9 reached out to Starbucks to learn specifically why it chose Anacostia as one of its newest locations.

"Starbucks is always looking for great locations to better meet the needs of our customers," the company said in a statement.

Anacostia has seen an increase in new shops over the last year. The restaurant Busboys and Poets and cannabis dispensary Anacostia Organics are some of the newest businesses to enter the neighborhood.

Despite the commercial boom, some locals have expressed concern about gentrification possibly pushing long-time residents out of the neighborhood.

In the case of Starbucks, Falcicchio said the issue is something District leaders have planned for. It's located inside a new apartment building, Maple View Flats. According to Falcicchio, all of the 114 units in the building have rents 60% or below of the area’s median income.

"This project, Maple View Flats, is a great example of how we can have affordable housing and retail all in one place," he said.

Jones said some locals’ concern about possible gentrification in the area is valid.

“We have to be real about recognizing as amenities come to the community that also they’re going to bring those unattended consequences, in a way,” he said.

RELATED: New Anacostia location of Busboys and Poets a 'symptom' of gentrification

However, Jones said he believe Starbucks is approaching the situation in the right way.

In January, Starbucks designated its planned location as a “community store”. Starbucks’ community stores include rooms for community events, form partnerships with local United Way chapters, and have an emphasis on hiring local employees.

“I think the residents in Anacostia want to be the first community to say we got it right, we got development right, we were smart about it,” Jones said. “We made sure that [the neighborhood] was inclusive, that people who have been here the longest were able to participate in it.”

For now, Starbucks can order drinks at the Anacostia location at its doorway or by downloading the Starbucks App. Inside the store, customers will notice a large mural including Abolitionist Frederick Douglass and Go-Go musician Chuck Brown.