Here are key findings from the report, based on documentation and interviews with witnesses, divided into the three papacies that are affected by the McCarrick case. 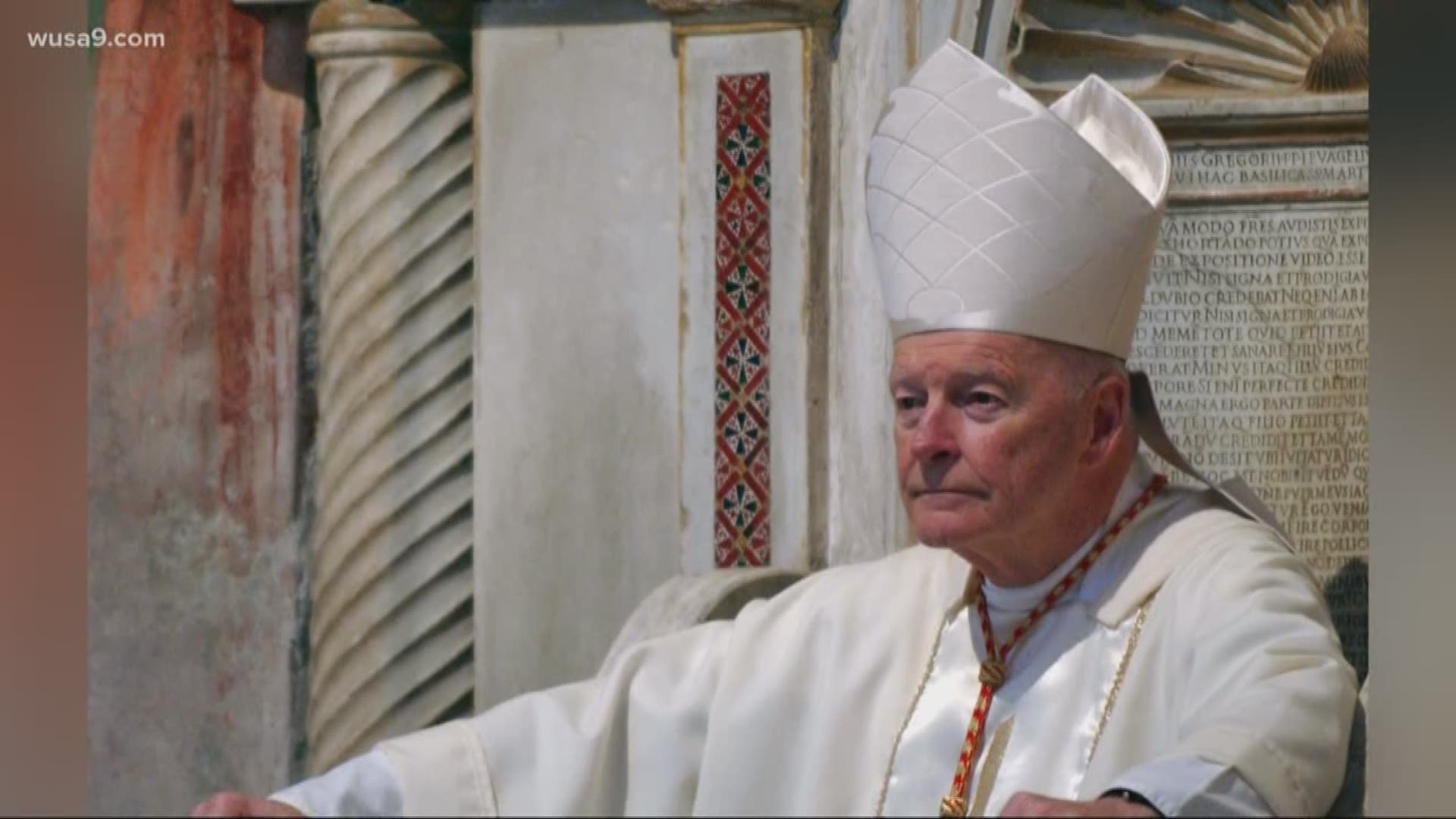 WASHINGTON — The Vatican has taken the extraordinary step of publishing its two-year investigation into the rise and fall of ex-Cardinal Theodore McCarrick, who was defrocked in 2019 after a Vatican investigation determined he sexually abused adults as well as children.

Here are key findings from the report, based on documentation and interviews with witnesses, divided into the three papacies that are affected by the McCarrick case: St. John Paul II, Pope Benedict XVI, and Pope Francis.

When the position of archbishop of Washington D.C., opened up, the then-archbishop of New York, Cardinal John O'Connor, warned the Vatican in an Oct. 28, 1999 letter that naming McCarrick there would be a mistake, the findings said.

By that time, the allegations against McCarrick included: a 1994 letter by one priest to the Metuchen, N.J., bishop providing eyewitness testimony of McCarrick and other seminarians engaging in sexual acts during a fishing trip, and the priest's own claims that McCarrick tried to fondle him. It also included anonymous letters sent to various U.S. cardinals that "accused McCarrick of pedophilia with seminarians as well as claims that McCarrick slept with young men in his official residence as well as seminarians at his beach house. O'Connor cited that information and said the risk of scandal would be too great if McCarrick were moved to Washington.

John Paul tasked the Vatican ambassador to the U.S. to investigate. His report confirmed McCarrick bedded seminarians but didn't find "certainty" that he had engaged in sexual misconduct. The findings didn't explain what McCarrick and the seminarians were doing in bed together. Instead, they faulted the bishops who were asked to provide information to the ambassador, saying "three of the four bishops provided inaccurate and incomplete information."

The doubts, however, were enough to persuade John Paul to drop McCarrick as a candidate. That would have sealed his fate, but McCarrick made a last-ditch appeal that appears to have changed John Paul's mind. The U.S. prelate sent a handwritten note via John Paul's private secretary, then-Archbishop Stanislaw Dziwisz, on Aug. 6, 2000, swearing he "never had sexual relations with any person male or female, young or old, cleric or lay."

It struck a chord with the Polish pope, who had first-hand experience of priests being unfairly discredited by false accusations under communist rule, and he named McCarrick to the post.

Pope Benedict XVI finally took action against McCarrick in 2005, after the Vatican received documentation from the former Metuchen, N.J., seminarian who had written a detailed letter in 1994 to his then-bishop, the late Edward Hughes, about the abuse he endured by McCarrick. For the first time, the Vatican had a named victim making a detailed report of abuse, although the claims were dismissed by some as unreliable because the seminarian himself had gone onto abuse minors.

Archbishop Carlo Maria Vigano — then a top official in the secretariat of state who would go onto expose the McCarrick cover-up — called for an "exemplary measure" against McCarrick. Cardinal Tarcisio Bertone, then Benedict's secretary of state, "shared Vigano's concerns."

But the report said Benedict ultimately decided against a canonical trial or sanction, in part because the Vatican's in-house legal code didn't provide ways to prosecute old cases of priests who slept with young men. "Instead the decision was made to appeal to McCarrick's conscience and ecclesial spirit by indicating to him that he should maintain a lower profile and minimize travel for the good of the church," the report said.

The Vatican's ambassador to Washington relayed the verbal request to McCarrick in 2006, and after McCarrick flouted it, the Vatican official in charge of bishops put it in writing in 2008. But McCarrick continued flouting the restrictions.

Email correspondence provided by McCarrick's former secretary shows he traveled widely during Benedict's papacy after the restrictions were purportedly imposed, including to regular meetings at the Vatican, to Bosnia, Lebanon, Qatar, Ireland and throughout Asia — travel that continued under Francis, including to China.

According to the Vatican findings, Francis essentially continued in his predecessors' path in regards to McCarrick. It said neither Francis nor any Vatican official lifted or modified Benedict's flouted restrictions, never named McCarrick a "diplomatic agent" for the Holy See and never received any documentation about McCarrick before 2017. The summary didn't say if Francis ever requested more substantial information after his then-ambassador to the U.S., Cardinal Carlo Maria Vigano, purportedly told him in 2013 that McCarrick was a sexual predator.

Francis changed his tune after a former altar boy came forward to the New York archdiocese alleging McCarrick groped him when he was a teenager during preparations for Christmas Mass in 1971 and 1972. The allegation was the first solid claim against McCarrick involving a minor, and triggered the canonical trial that resulted in McCarrick being defrocked.

Francis commissioned the archival investigation after Vigano issued a blistering expose of the two-decade-long McCarrick cover-up in 2018, naming around two dozen U.S. and Vatican officials who he said knew of McCarrick's misconduct but failed to effectively sanction him.

Vigano's most explosive claim was that Francis lifted the sanctions imposed by Benedict and made McCarrick a trusted adviser. Vigano called on Francis to resign for having ignored what he said was his warning that McCarrick had "corrupted generations of priests and seminarians."

Many of Vigano's central assertions were confirmed in the report Tuesday but not the ones involving Francis. "No records support Vigano's account and evidence as to what he said is sharply disputed," it said. 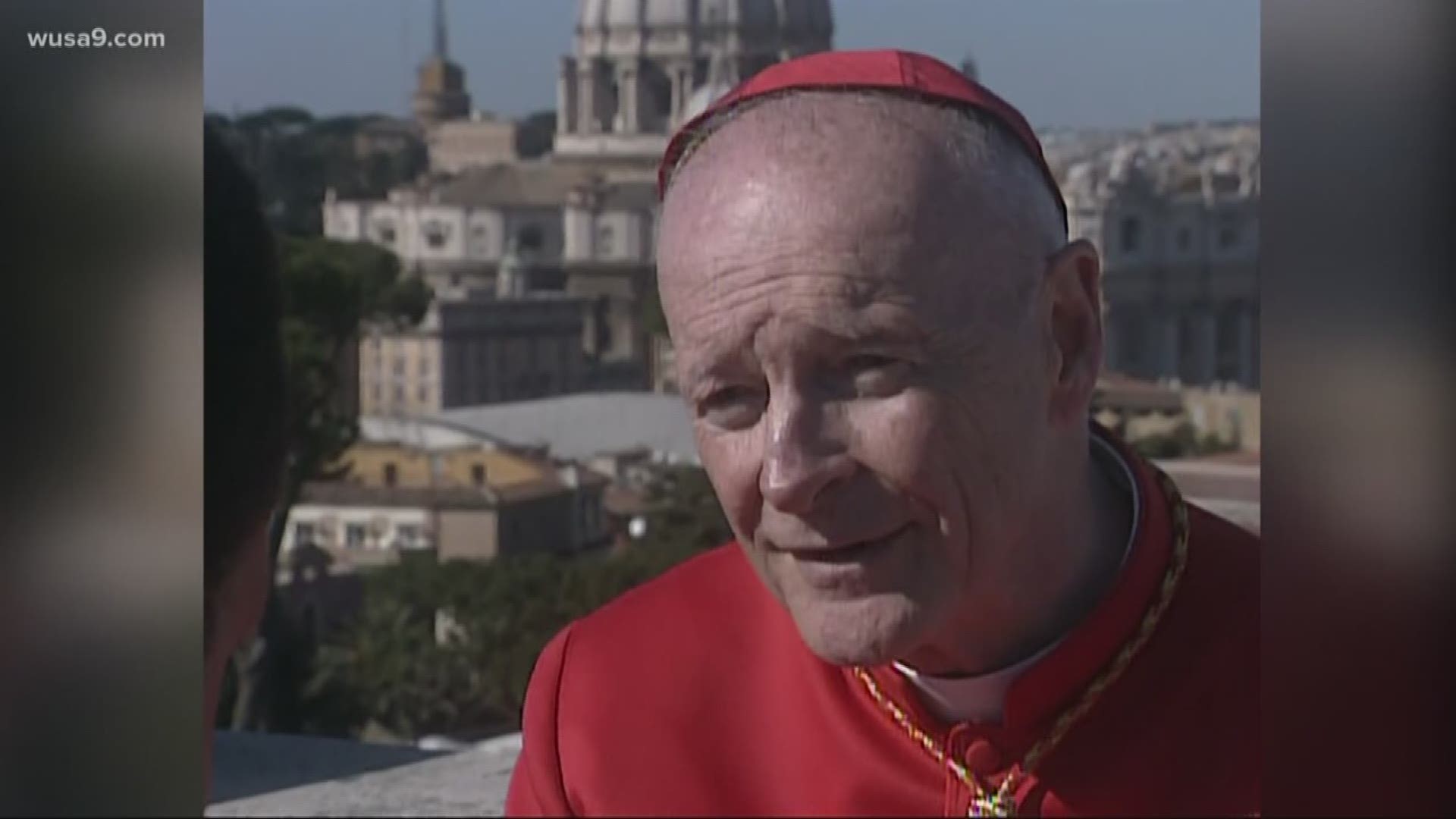