About 2,000 Afghans and their families have already relocated to the U.S. under the Operation Allies Refuge. 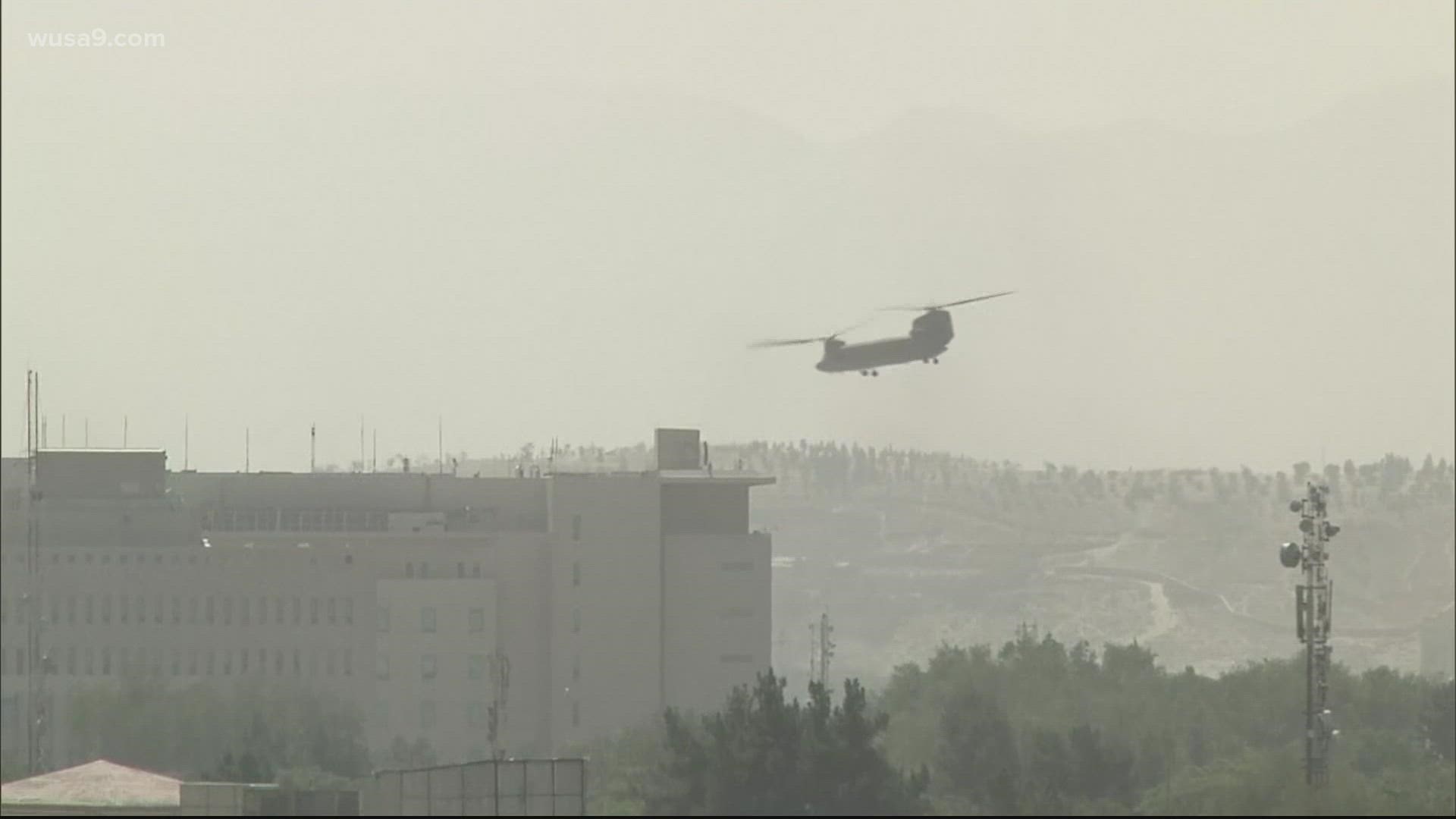 WASHINGTON — Refugee resettlement organizations in the DMV are working to find more volunteers, donations and any other form of assistance as more Afghan allies are expected to land in the U.S.

About 2,000 people have already been relocated under the "Operation Allies Refuge" within the last few weeks after President Joe Biden announced removing troops from Afghanistan by September. They are in the process of completing the Special Immigrant Visa (SIV) program which provides a legal path to safety after helping the U.S. government during the 20-year war.

Biden announced more troops have been deployed to help with evacuation efforts in Kabul after the Taliban takeover.

About 6,000 U.S. troops are on their way to the Hamid Karzai International Airport to secure grounds after large swarmed the area risking everything to get out and ensued chaos. Videos on the ground captured some people clinging on to military aircraft or scaling walls.

HIAS is a Silver Spring-based nonprofit organization that provides humanitarian aid and assistance to refugees. Hetfield said the group is preparing for an influx of allies but the situation at the airport halted plans temporarily. He was told to hold off on sending more of his staff members to Fort Lee, Virginia where the allies are being processed.

The U.S. has shut down the airport and canceled all flights as military forces work to evacuate American citizens, Afghan allies and other residents considered vulnerable to the Taliban.

"We've only go three there at this moment, and we were ready to send 10 but seven were called back because those flights were canceled," Hetfield added. "Don't think this crisis is over once they arrive, they're going to need help when they get here."

A task force at Fort Lee has been assigned to provide temporary housing, medical screening, food, religious support and other necessities. The first group of 200 Afghans arrived on July 30th. The Fort Lee Public Affairs office anticipated to assist 3,500 allies and families.

Among the other groups partnered to help relocated families to a new home is the Lutheran Social Services of the National Capitol Area (LSSNCA).

LSSNCA CEO Kristyn Peck said her organization has helped 115 people so far and are expecting to assist 150 more in the next few weeks. Many of the people helping the families resettle are SIV holders themselves.

"Many of our team members who are on front lines of this response who are working in the refugee resettlement programs, they in fact have families that are in Afghanistan that are not able to get out," she said. "They are just under a lot of stress, fear and concern right now.

LSSNCA is seeking for more volunteers and donations in preparation for more allies. Peck said the two main priorities are raising money to find more temporary housing like hotels since there was such a short notice and assistance in transportation from Fort Lee to one of their three resettlement refugee sites:

"Donations always help and we're always looking for volunteers who want to get involved," Peck said.

To learn how to help, click on this link.

"I stand squarely behind my decision," @POTUS said. "The truth is this did unfold more quickly than we have anticipated. So what happened? Afghan political leaders gave up and fled the country." @wusa9 https://t.co/oIcisfRzjT

The president stood by his decision to withdraw U.S. forces from Afghanistan during an address to the nation on Monday. He blasted Afghan political leaders since they "gave up and fled the country."

"It is wrong to order American troops to step up when Afghanistan's own armed forces would not," Biden said. "The political leaders of Afghanistan were unable to come together for their own people."

Maryland Gov. Larry Hogan announced his commitment to helping Afghan refugees who helped the U.S. with its mission in the region over the last 20-years.

"I am announcing Maryland’s commitment to receive more Afghan interpreters who have contributed to U.S. efforts in Afghanistan. Many of these Afghan citizens — our allies — bravely risked their lives to support our efforts, and we have a moral obligation to help them," Hogan said in a video posted to Twitter.