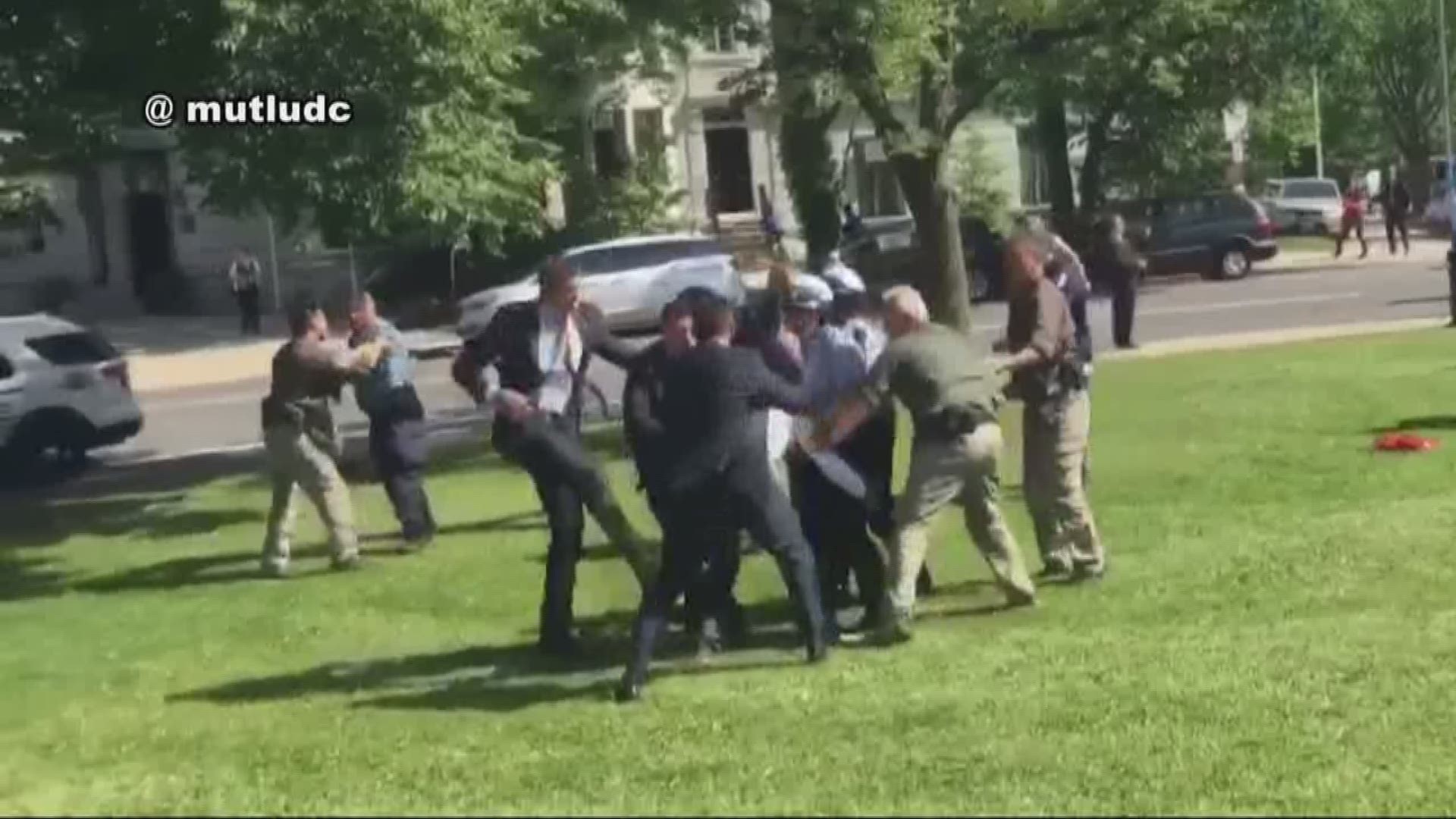 This happened just hours after President Trump met with the president of Turkey, Recep Tayyip Erdoğan.

One group traveled to the ambassador's residence to greet Erdoğan. While another group gathered across the street from the residence in protest of Erdoğan's policies.

Both sides eventually clashed in a brawl in the middle of Massachusetts Avenue. D.C. Fire and EMS transported nine people from the scene. One person was listed as a “priority one” patient.

DC Police say 2 people were taken into custody during the incident. It is unclear which side of the fight they were on.

Gunay Evinch told WUSA9 he traveled to the ambassador's residence to take part in the pro-Turkey rally when the group of anti-Erdoğan protesters charged across the street.

"Those provocateurs were successful in getting exactly what they wanted," he said. "Which was to be responded to."

Aram Hamparian, executive director of the Armenian National Commitee of America, disagrees with that account. He told WUSA9 the Erdoğan supporters started the fight.

"It's one thing for there to be this type of violence in Turkey," he said. "That's a terrible thing. It's far worse for that violence to be exported to America."