This time of year, ghost stories are everywhere in popular culture. But where are the stories, substantiated by some history? To find out, WUSA9 joined DC Ghosts, a tour that focuses on the more sinister side of our history. 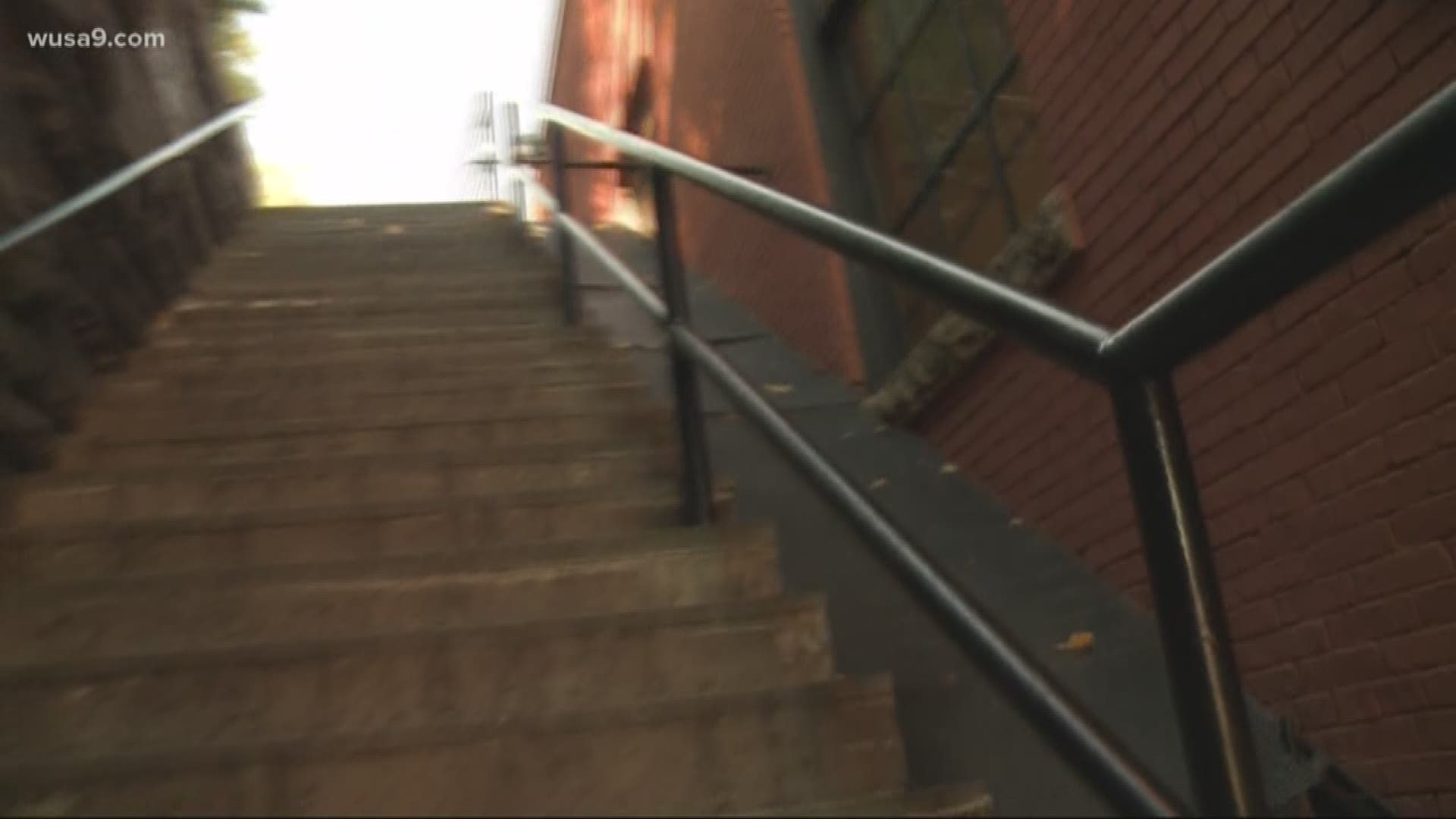 WASHINGTON -- This time of year, ghost stories are everywhere in popular culture. But where are the stories, substantiated by some history? To find out, WUSA9 joined DC Ghosts, a tour that focuses on the more sinister side of our history.

Quick Journalism Note: The historical events, outlined in this article, are real and substantiated. However, it is impossible to prove whether the ghosts are truly present. That's up to whether you are a believer. Ok, let's get to the tour.

Leading the tour on this cool October evening was Charlie Preacher, an English teacher by day, and a ghost enthusiast by night.

"One of the more famous ghosts," he said. "That's said to still walk the grounds here at Lafayette Park is Phillip Barton Key."

That last name might sound familiar. That's because Phillip was the son of Francis Scott Key, who the bridge is named after. Phillip's problems began when he met a girl named Teresa Sickles.

"They hit it off," said Preacher. "They have a great relationship. The problem is Teresa Sickles is married to another man."

That man was Dan Sickles, a Congressman from New York. When he found out that his wife was messing around, he was not happy. In February of 1859, he saw Phillip in Lafayette Square, and took matters into his own hands.

"Still holding some resentment," he said. "He pulls out his gun and shoots him right on the spot on the park grounds."

Key would die from that gunshot, and according to the urban legend, he's been in the park ever since.

"He's one of the most frequently cited ghosts on the park grounds," said Preacher. "There are more than 1,000 first hand accounts of seeing Phillip Barton Key's ghost walking around here.... People think he's looking for Dan Sickles."

According to Preacher, the next hotspot for ghosts is in the White House. Two of the most well known of these ghosts are Abigail Adams and Abraham Lincoln.

Many famous diplomats and leaders have claimed to see these ghostly figures, while spending time in the old building. For example, Preacher told the story of a Churchill visit, when he claimed to have seen Lincoln's ghost while walking to the bathroom in the nude.

"In true Churchill wit," said preacher. "He said 'Mr. Lincoln, you have caught me at a disadvantage.' He said Lincoln smiled and then just disappeared into thin air."

So why is Lincoln sticking around? Preacher said it's likely due to the way he died, at the hands of an assassin at Ford's Theater.

"People think he has stuck around to protect future presidents," he said. "So that they don't suffer the same fate."

The final ghost can be found at the Decatur House, which was home to Steven Decatur. He was a well-known naval officer, that served in the American Revolution. History textbooks paint a very positive picture of the man, and yet few know he had an enemy.

Commodore James Barron hated Decatur. The conflict began with a failed naval engagement called the Chesapeake-Leopard Affair. As a result, Barron was court martialed and relieved of his command. Decatur spoke out strongly against Barron, solidifying the animosity between the two.

In March of 1820, the conflict escalated, and Barron challenged Decatur to a duel.

"James Barron shoots Steven Decatur in the abdomen," said Preacher. "It was a pretty serious wound, so they take him back to his home. Take him up the 3rd floor where is bedroom was at the time."

Despite the doctors attempts to save him, Decatur would die up there. Before dying, he was quoted as saying "I did not know that any man could suffer such pain!"

Ever since his death, he's been rumored to do some haunting in that home. Reportedly, his ghost has been seen in the upper-middle window of the building. Then there's the really creepy part.

"People who spend too much time in this building report one thing," said Preacher. "That's abdomen pain."

Do you have any ghost stories you want us to look into? You can send Reporter Evan Koslof a message on Twitter at @ekoslof, on Facebook at "Evan Koslof Reporting," or by email at ekoslof@wusa9.com. You can also post the idea on social media, using #GetUpDC.