In all, D.C. Police charged 18 people ranging in age from 18 to 34-years-old, and are looking for more people suspected of committing crimes. 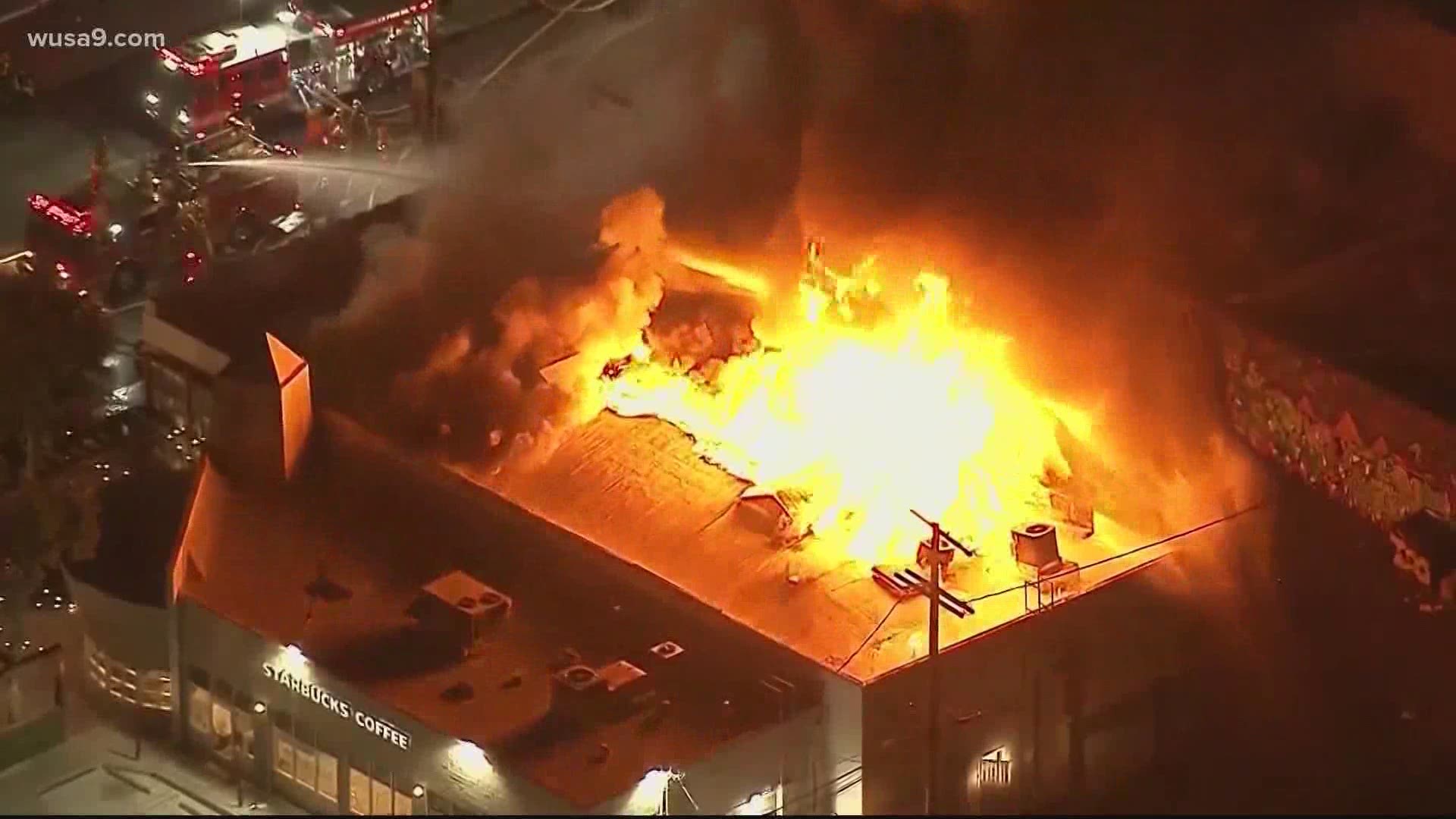 WASHINGTON — A variety of felony charges for rioting, looting and robbery were brought against some protesters that were arrested between Saturday and Sunday, as many gathered as part of demonstrations nationwide against the killing of George Floyd by police in Minneapolis.

D.C. Police also posted pictures on social media about others that are suspects of committing crimes during the "Justice for George Floyd" protests.

Names were not associated with the pictures posted on social media, and it is not known what these people pictured allegedly did to be wanted by D.C. Police.

Below is a list of the people arrested by D.C. Police during the protests and what they are being charged with. Some charges are not felonies: