Black Lives Matter DC said they do not go far enough while the DC Police Foundation urges the council to take its time. 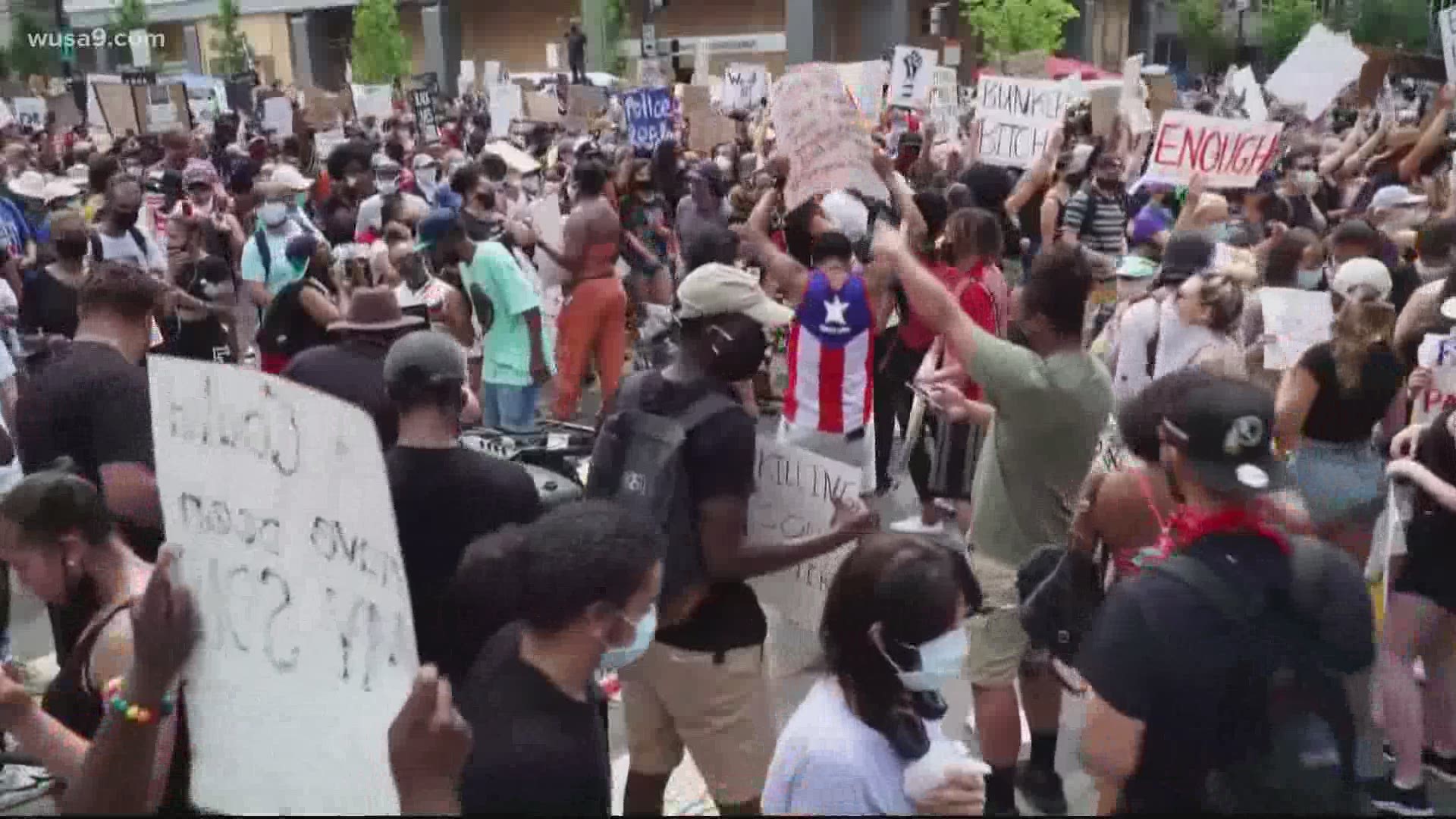 WASHINGTON — The DC Council passed emergency police reforms Tuesday in a move that has some groups saying it acted too quickly -- and others saying the changes don't go far enough.

Black Lives Matter DC has been pushing to "defund the police" during the last two weeks of protests and hoped the DC Council would take the reforms further.

"The words emergency and justice mean something totally different to the larger society, definitely to Black Lives Matter DC and the council, but I’m not surprised," core organizer April Goggans said. "None of us feel like this is a win in any way."

Some of the changes included in the reforms are banning neck restraints like the one used on George Floyd in Minneapolis and eliminating the use of tear gas on protesters.

Councilmember David Grosso proposed an amendment to cap the number of police on the force at 3,500, but after pushback from fellow council members, he withdrew it.

Councilmember Trayon White introduced an amendment to require police officers to adjust a restraint if the person being detained says that they can't breathe. That, too, was withdrawn.

Goggans said those amendments gave her hope, but she was disappointed when they were withdrawn.

"This was exactly what Chairman Mendelson said," Goggans said. "These are little changes, most of which we have already started and are going to start. There’s heavier bigger changes that they’ve tabled already."

Still, others with the DC Police Union and DC Police Foundation were hoping the council would involve the police more in reform decisions.

"I think it’s important to continue reforms, especially at this critical moment in policing throughout the country, and I think there’s no one more eager to do that than police officers across the country," Executive Director of the DC Police Foundation, Patrick Burke, said. "But let’s do it in the collaborative way where we’re doing the right thing, and not coming back in two months and making a change because we did something that wasn’t done with the right intent."

Burke, a former police officer and U.S. Marshal, said it starts with hiring the right people -- a diverse group that comes from the community they're working in.

He didn't think it was necessary to call police reform an "emergency" as the council did Tuesday, but agrees change is necessary.

"I understand that rage," he said. "It hasn’t worked in the past, let’s abolish police or defund it and put money toward social services, but I think let’s sit down and talk it through."

"I think people should come together and figure out what can we do right now to reduce policing harm and save lives, and there probably are some things you can do right now, maybe the sort of protocols of how you treat people in custody and different rules of use of force," Lopez said. "People should say hey we’re going to do this now, and then having done that work and providing immediate relief…undertake the broader transformative work that takes time to get done."

The emergency legislation lasts for 90 days. To make the reforms permanent, the council would have to hold public hearings.