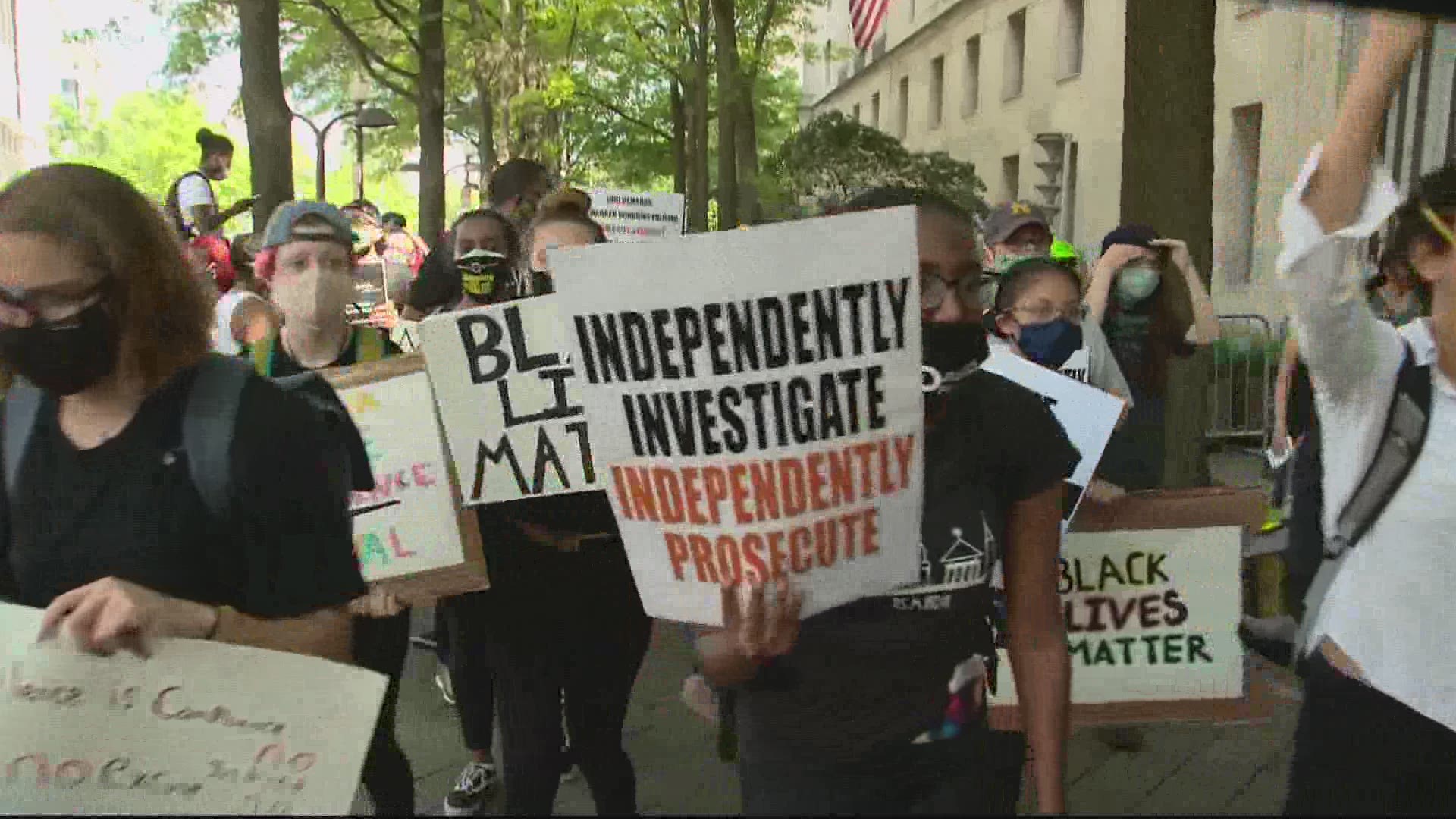 WASHINGTON — Some local D.C. protesters have a very specific demand of the District Council: hold off from increasing the Metropolitan Police Department’s budget.

In May, D.C. Mayor Muriel Bowser unveiled a budget that called for MPD to receive $45 million dollars of additional funding for the replacement of police cruisers, motorcycles, and specialty support vehicles.

Tyrell Holcomb was one of dozens of protesters who denounced the proposal Friday evening.

"Have that $45 million divested and put into our communities,” he said.

Holcomb and dozens of other locals marched around Northwest D.C. Friday. The group walked from MPD Headquarters to the Department of Justice before finally stopping at the Wilson Building.

At the Wilson Building, Holcomb handed a security guard a stack of letters to be presented to D.C. councilmembers. Aside from calling on councilmembers to oppose increasing MPD’s funding, the letters also asked for the Council to limit police officers’ use of force and for the District to create an efficient civilian police accountability process.

The issue of police brutality is important to Holcomb. He said his brother was the victim of violence at the hands of an officer 13 years ago.

"It's a story I haven't talked about in years,” he said. “It left permanent damage. [My brother] has a loss of memory, so he'll often ask the same questions over and over again.

WUSA9 reached out to MPD to see if it had a response to the group’s demands regarding the agency’s future funding. It has yet to receive a response.