DC plans to cut opioid deaths in half by 2020

D.C. Mayor Muriel Bowser announced an aggressive plan to cut opioid deaths in half in less than two years. 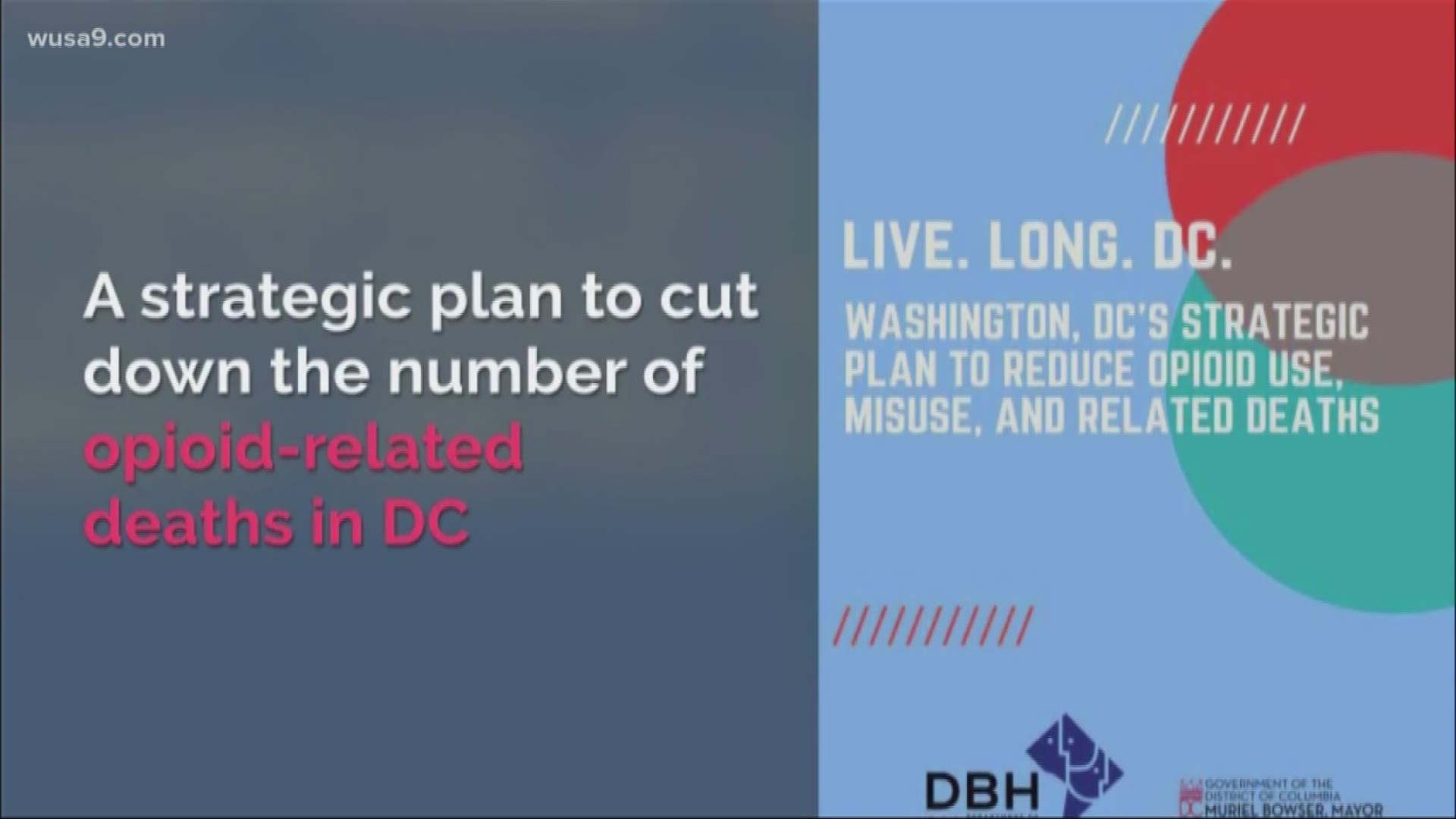 WASHINGTON — The number of people dying from opioids in the District has more than tripled in three years.

DC Mayor Muriel Bowser announced an aggressive plan to cut opioid deaths in half in less than two years.

The strategic plan has a goal of chopping down the number of opioid-related deaths in the District in 21 months.

Most of the people dying are black and adults over 50-years-old. Deadly overdoses were most rampant in Wards 7 and 8.

The plan to change those statistics was put together by a group of city leaders, medical professionals and community members.

All of the plan’s objectives work toward reducing opioid use, informing people about the dangers and connecting victims to treatment.

In the first six months, the group has a long list of strategies to complete which include creating a fatality review board to study all opioid-related deaths in the district.

In one year, the city wants to have a plan to educate public school students about illegal and prescription drugs.

While many of the recommendations are vague, they tend to focus on expanding strategies the city is already doing, such as, recovery housing, drug take-back programs and giving out kits with an overdose-reversing drug.